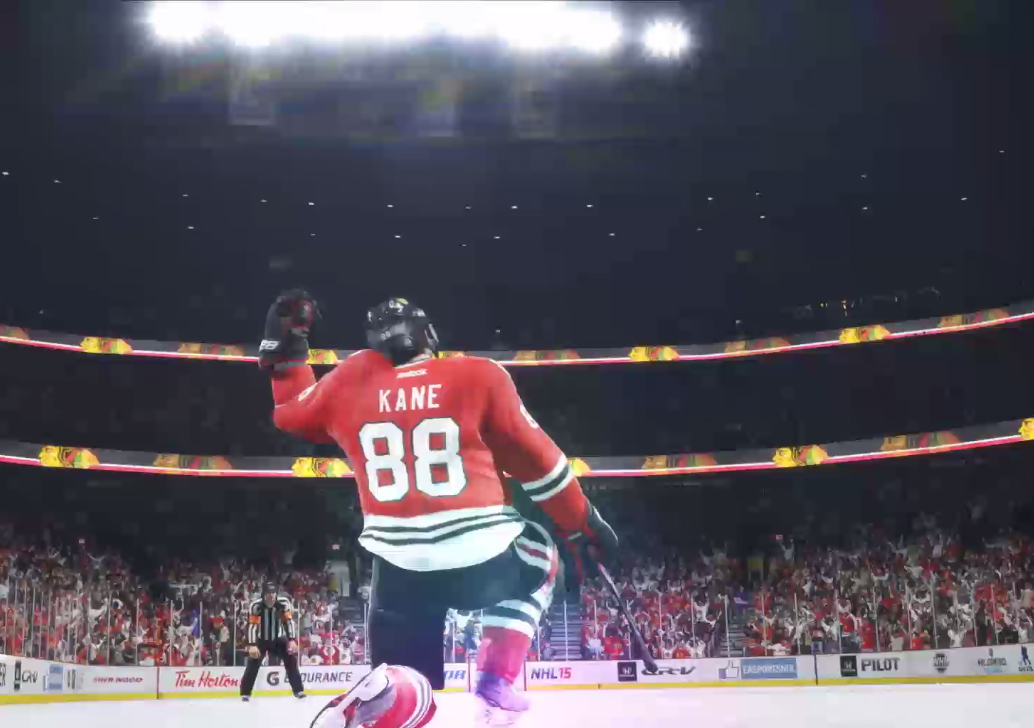 Last year EA Sports managed to get a couple of releases out on the new generation of consoles, such as FIFA 14 and Madden 25, but a few other franchises like NHL had to wait a year to make their next-gen debuts. Now the time has come for NHL 15 to drop the gloves and come out swinging on the PlayStation 4. Unfortunately the end result is lacking, even with the extra time to prepare.

NHL 15 certainly gets off on the right foot early on, with a brilliant visual presentation that has authentic arenas, outstanding character animations and plenty of pretty effects from reflections to ice spraying up from the blades of the player’s skates. After years of the same basic commentary, a new commentary team also helps to breathe some new life into the proceedings. Unfortunately these bells and whistles fail to deliver once you start to dig a bit deeper into the game.

I understand the need to occasionally start over with a franchise. Rebuilding a franchise on a new engine certainly offers new opportunities, but at the same time it’s a challenge to then create a refined experience when the development team is not as familiar with the engine, and EA Sports has had that problem in the past. The first version of Madden that came out with the PlayStation 3 and Xbox 360 was a joke years ago, and in fact some of the modes that were present in the PlayStation 2 version only found their way onto the PlayStation 3 Madden games recently (such as the owner mode) or still haven’t been added back in (play editor/ creator). However the PlayStation 4 take on both FIFA and Madden was strong enough from the outset, and I had hoped NHL would be as fortunate. 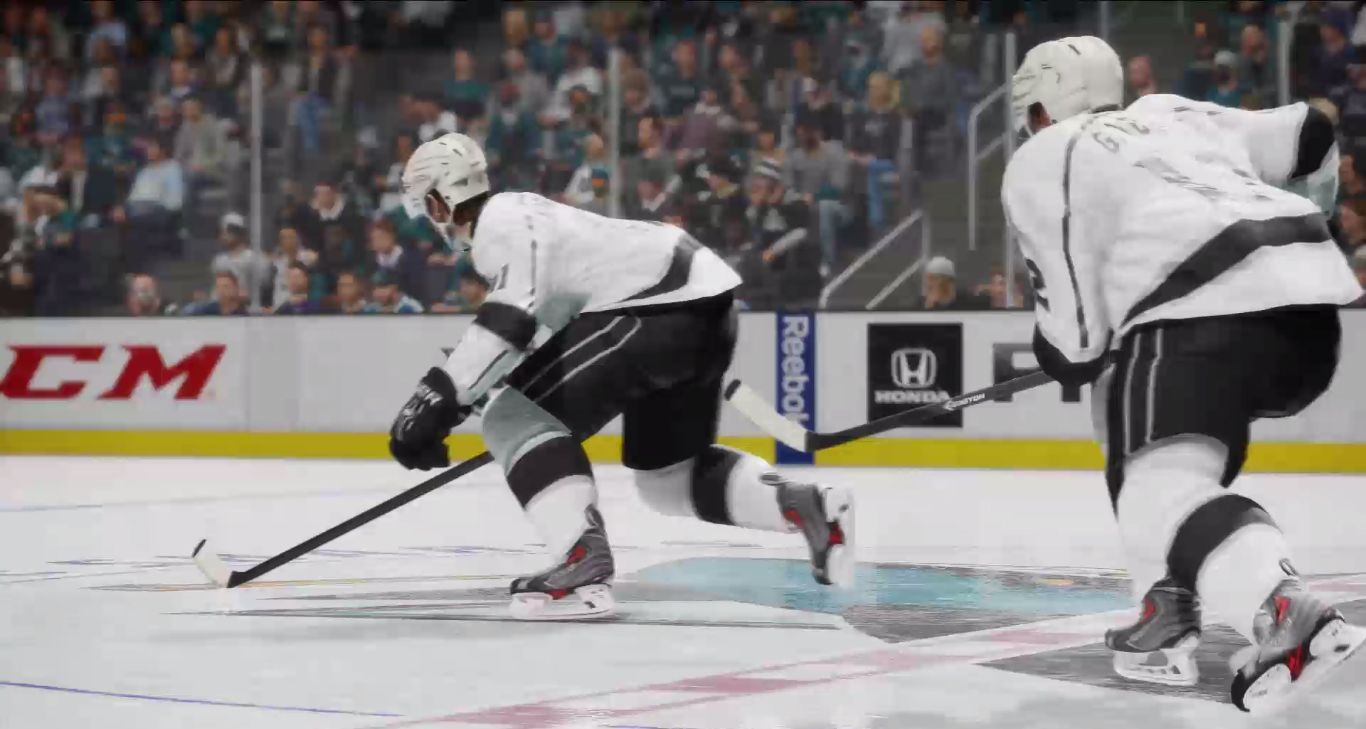 But it doesn’t. The absolute bare bones for a modern sports game are there, from the Be A Manager and Be A Pro modes, and these do offer some fun. At the same time, these modes feel like they were stripped of the options longtime fans of the series might be looking for. Building a team now acts like it is on training wheels, and when you’re taking control of the career of a single player in the Be A Pro mode, you’re forced to sit there and watch the entire game even when your player is currently sitting on the sidelines. Even cricket games allow players to skip through to when their character is directly involved in the player career mode, and they’re built on a fraction of NHL’s budget.

Now, all of that being said, EA has confirmed that it will be adding addition modes and content over time. That is great news for people who want to play the game now and have faith that what will be delivered will repay that faith. September promises a Playoff Mode and the popular EA Ultimate Team will get some updates as well. October has some Online Team Play and GM Draft modes ready to go. You can read about these here on the EA forums, and while these promises are nice, it’s thin ice that EA is standing on in offering what really amounts to some kind of pretty Early Access game. 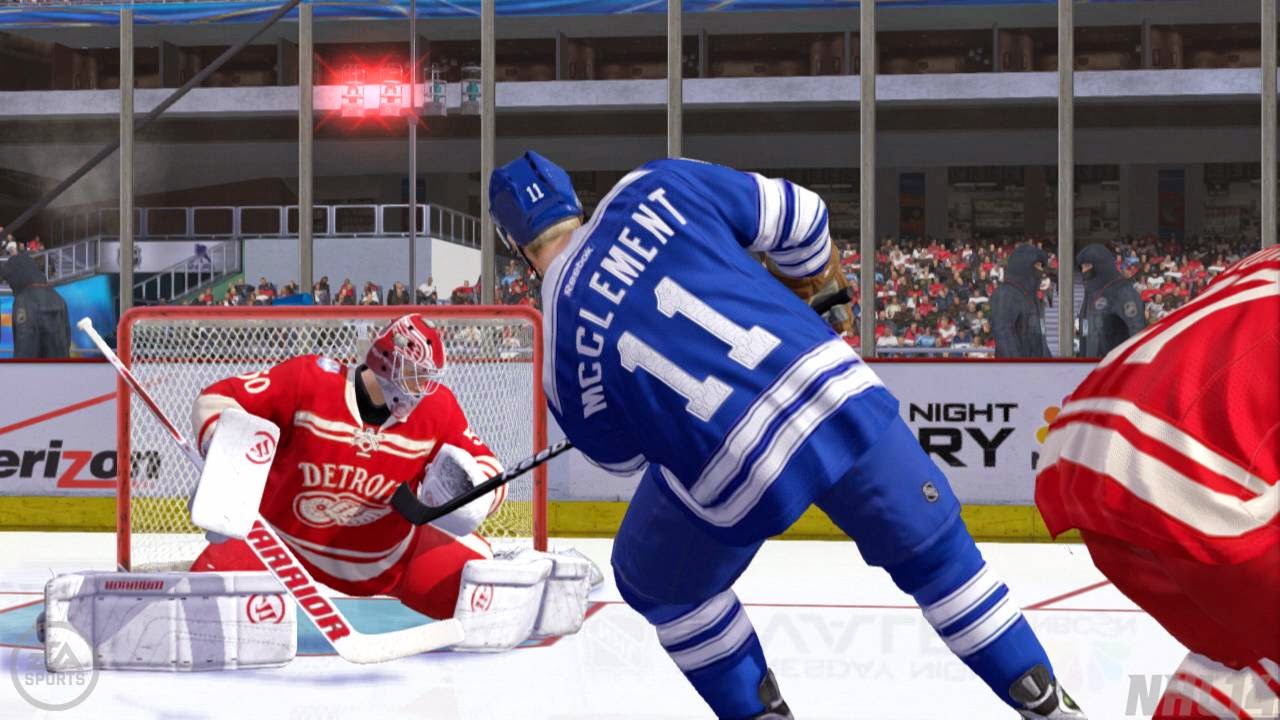 Not everything here is a loss. For all of this rebuilt development comes a gameplay engine that is simply fun to play. It is far from perfect, and much like the revamps seen in Madden’s engine over the last couple of years, there is room for improvement, but the puck physics and player impacts are better than they have in the past. Goalies still let a few too many slip by and this makes defense as difficult as ever, but on attack the passing and shooting are rock solid. There are also plenty of options from how the presentation looks to how the skaters are controlled that can be experimented with until you find a game style that suits you best.

I thoroughly enjoyed my time playing with the Red Wings or getting drafted in my Be A Player mode, but I could not help but be be disappointed with the lack of depth that I have come to expect from an EA Sports title. I love that more updates are planned, but a full-priced game should not be incomplete in the first place. Taken from within a vacuum, NHL 15 is a perfectly solid hockey title, however longtime fans of the series are bound to be disappointed by the things that they have grown used to over the years that are missing.