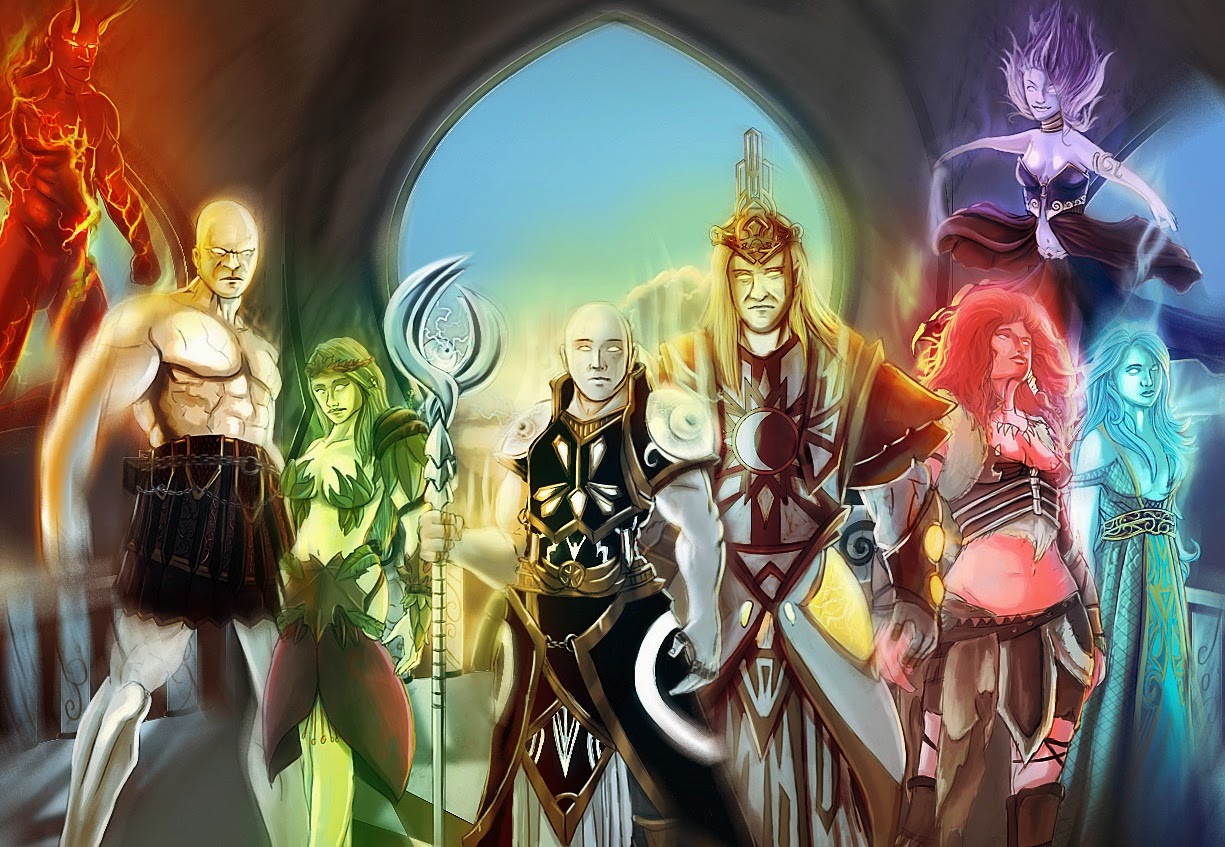 Had someone told me Lords of Xulima is a remake of a forgotten SNES game, and I didn’t know better, I would have believed them. Similarities to the more gorgeous titles of the 16 and 32 bit era are unmistakable – even though this game runs in the same vein of the more modern turn-based games.

Lords of Xulima is a… rather lengthy RPG set on the continent of Xulima, where Gods and humans once walked shoulder to shoulder with each other. A large-scale rift drives the nine Gods away to the heavens above. One of them asks you to be his herald on the mortal plane. Your task: restore balance and bring about world peace. With a party of five brave warriors you set about to achieve just that. The story is chronicled and narrated by Gaulen the Explorer, the main protagonist of the game and the frontman of the little band of would-be heroes.

Related reading: Another clear influence on the game is the Wizardry franchise, especially the first-person perspective in the combat.

Eschewing the more traditional norm for games of this genre where all heroes are present on the screen (and may or may not be directly controllable), here only Gaulen’s character is visible on the screen, while the rest of the party is relegated to being represented with little more than faces stamped inside a stack vertically on left side of the screen. The option of pressing the TAB key to hide the HUD only amplifies the feeling that even though you’re in control of a party of heroes, Xulima really is a one-man show. 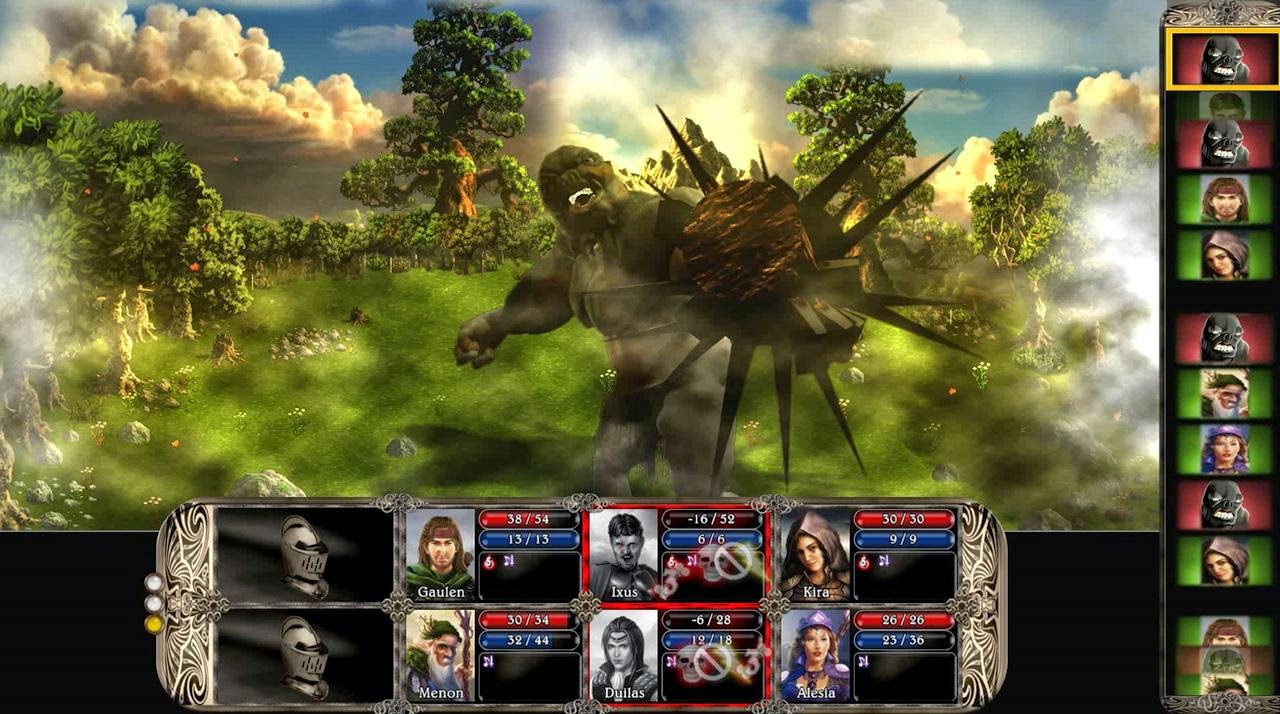 Playing out from an isometric perspective, this game has all the familiar hallmarks of a RPG: difficult to pronounce names that are a chore to remember in the long run; an intricate set of gameplay mechanics with more branching categories than that of an office presentation; a leveling-up/ upgrading system that is only properly understood once you’ve spent hours with it; and the age-old epic battle between good and evil. Basically, Lords of Xulima brings almost nothing new to the table. What it does bring however is a well written and neatly decorated love letter to the genre it calls home and the games that inspired its fruition – titles such as Baldur’s Gate.

Its unabashed challenging nature, even in the easiest setting, should also be noted. Despite what its extensive, in-depth breakdown of everything in the first few hours may suggest, it is not as friendly and warm when it comes to the combat. You see, traversing in the gorgeous continent of Xulima is easy – as are completing sidequests and finding secrets that the game seems content to believe it has hidden very deceptively. But when it comes to the actual combat, all that was previously rainbows and sunshines become unadulterated irritation and frustration. You will learn very early on that some of battles with the more skilled of enemies will be tantamount to taking on the monsters in Dark Souls. I cannot tell how many times I honestly contemplated giving up games for good when, in several instances, a rat foe used a shield against my attack, and when it was time for the rodent to strike it swiped all of my character’s health in one, well, bite. I mean, really? I know I shouldn’t be arguing a logic like this in a game governed by improbable stuff, but this is borderline unfair and really aggravating.

The perspective changes to first-person when a battle commences, with your characters assigned to their slots in the lower section of the screen while the foes take the centre stage. A conveyor belt playing on the right side shows the attacking order of the heroes and villains. It’s all familiar stuff for fans of the genre, of course, but what really frustrated me the most (especially in the earlier skill levels) was the ridiculous stacking order in which I was given just one chance to make my move while the enemy was granted five of them in response. The number of times Gaulen or Katy Perry (yep, I’m that guy) died in the hands of a swearing guard just because the game randomly decided to tip the game to their favor is between me and the Nine Gods. The option to escape combat I found to be a breath of relief; because when it comes to fight or flight, I would rather take flight than fight with seemingly advanced animals that can wield shields and attack faster than the speed of light. 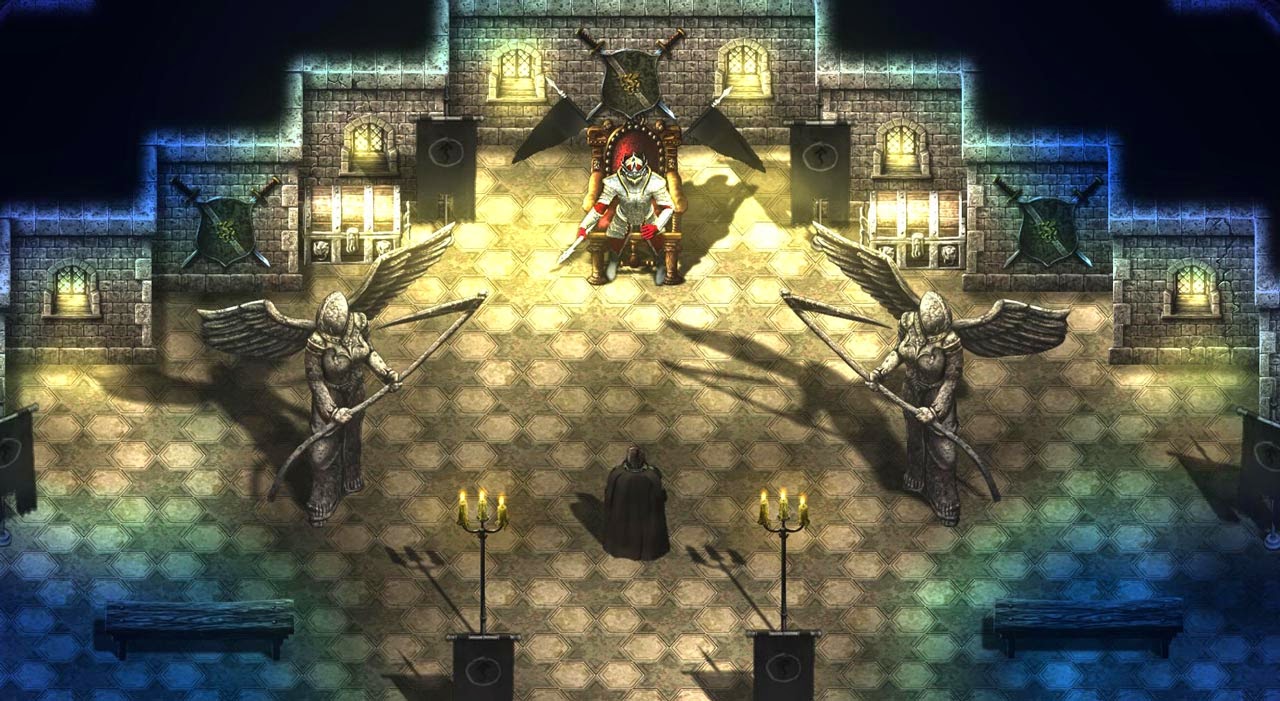 The music, meanwhile, is simply enchanting. The dulcet and soothing tones hearken back to the halcyon days of SNES and Sega Genesis where the music played an equally important part as the game itself. The artwork is gorgeous and the attention to detail is mind-blowing. The impressive, but predictable, day-night cycle is also commended though Lords of Xulima looks its absolute best during the daytime (in-game, that is).

Related reading: If you are a fan of retro-style RPGs, then consider Spiderweb Software’s catalogue… you can thank us later.

Lords of Xulima is strictly for the more masochistic of gamers. Its merciless difficulty that only exponentially spikes the further you play should come as a dream come true for fans who like the ultimate in ball-kicking. If you identify yourself as one of them, this game is totally for you. And I would also recommend that people who are not gung-ho on the hard games do themselves a favour and just this once take the punch in the gut, because Lords of Xulima is a gorgeous, resplendent title that will incur your wrath often enough, but will equally never disappoint.