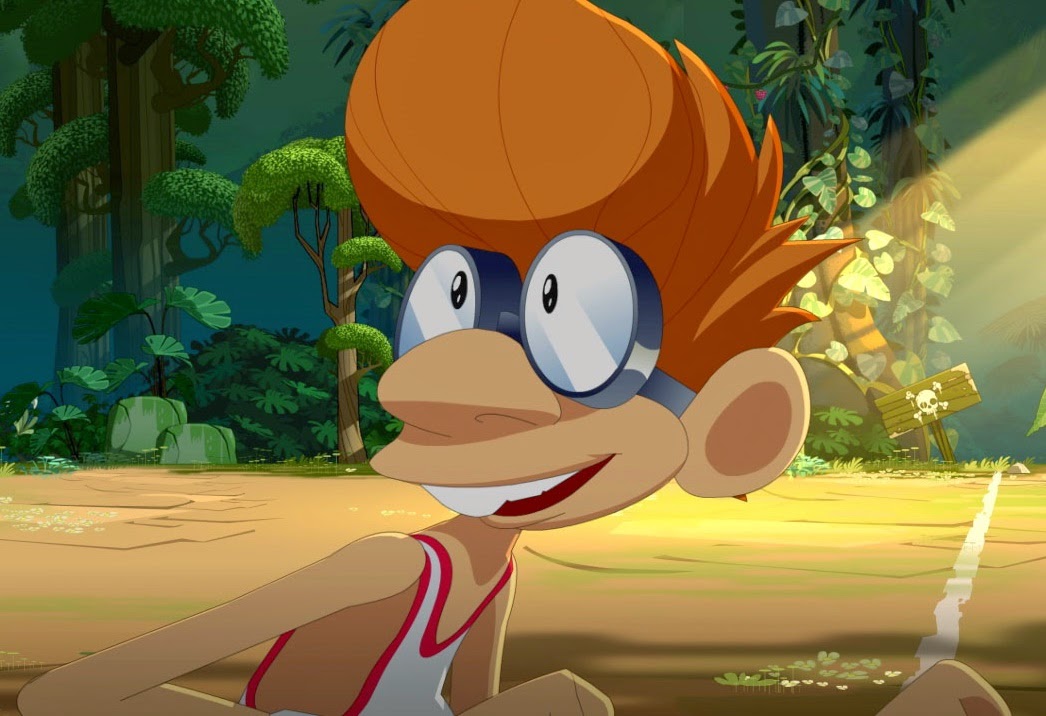 Harold, the character, is not what you would consider a winner in life. He is a goofy, clumsy and somewhat dim fellow that has decided to participate in races. The problem is that every one of Harold’s opponents is far more capable than him.

Harold, the game, is a winner, however. A continuous runner with a surprising amount of heart and some excellent gameplay twists ensure that you will want to see Harold through to the end safe and sound.

Perhaps the most interesting aspect to Harold is that you have more control over the world around Harold, than the character himself. You actually play the role of Harold’s guardian angel, Gabriel. While Harold is controlled by a jump button, that is all of the direct influence you have over him. As his guardian angel you can charge and shoot lighting bolts at Harold to boost him forward for a short time, but even that mechanic is only minimally interesting when weighed against the other options. 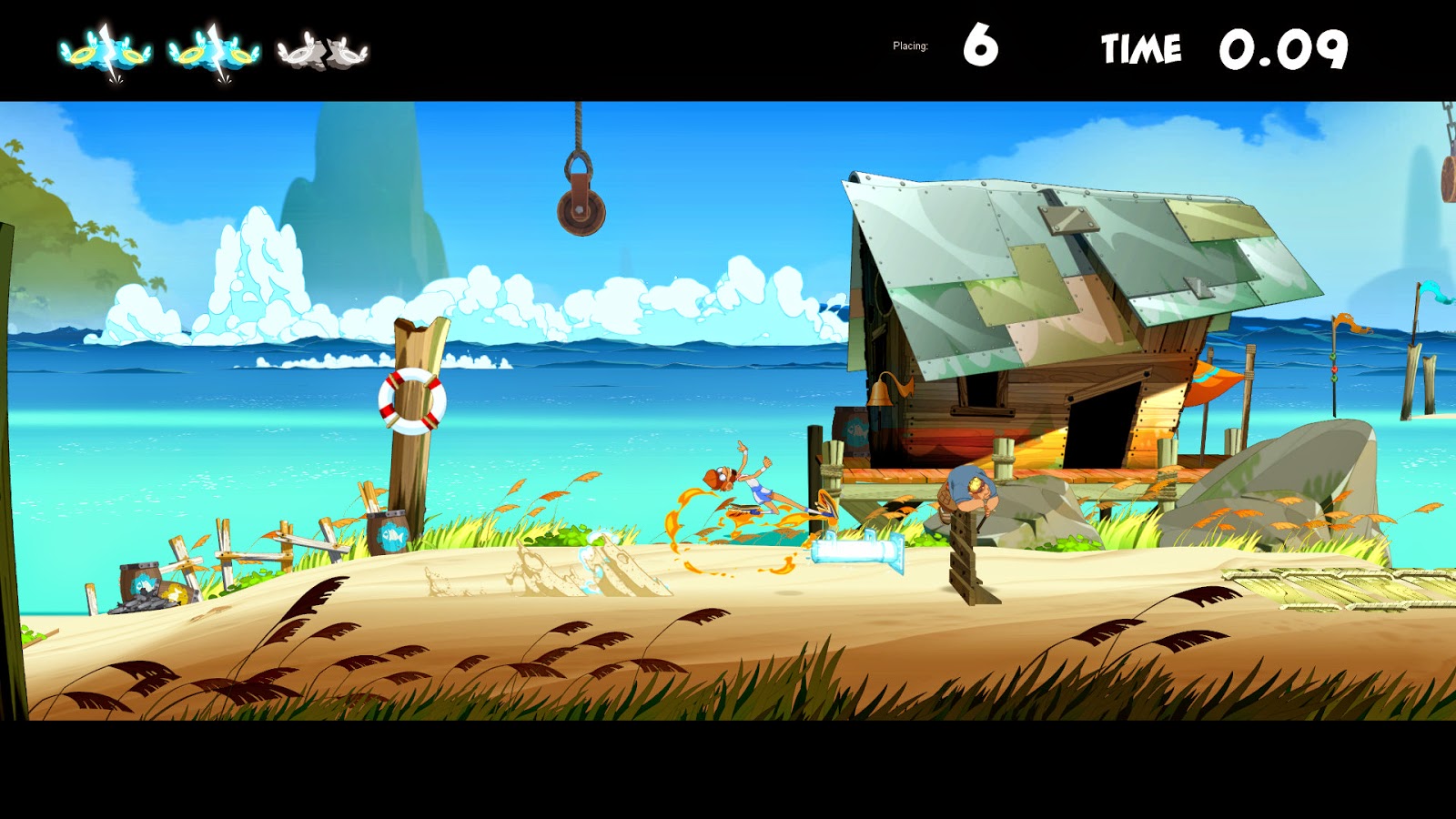 Harold is always fighting an uphill battle. In the very first race, he just really has to use the bathroom. So the other racers get a head start on the unfortunate fellow leaving him to play catch-up. Because this is a continuous running, Harold is always scrolling to the side, leaving you to focus on his jumps, speed boosts, and also the environment.

Controlling the environment is where Harold’s gameplay really shines. Almost every obstacle can be used to Harold’s benefit and to the detriment of his opponents. See a barrier coming up? Gabriel wants to destroy that before Harold reaches it, because it will impede his progress. However, if one of Harold’s opponents are nearing the barrier, you may want to wait a few moments. While they slow down in climbing over it, you can slow the opponent down considerably more by waiting until they are half-way over it and then having Gabriel destroy it. Just keep in mind that the entire time Harold is continually running towards it, so you need to time things carefully.

This plays out in a variety of other traps throughout the levels. If you see an alligator waiting in the mud, you want to make sure you have struck it with your magical mallet several times before Harold arrives – that way it is stunned and floating harmlessly on its back so Harold can run over it. However, if an opponent is about to reach it, give the alligator a singular whack with the mallet and it will jump up to eat said racer. Snare traps, moving platforms, vines that can be cut and more serve in this dual capacity where you want to do as much to slow down your opponents as possible while paving the path to success for Harold. 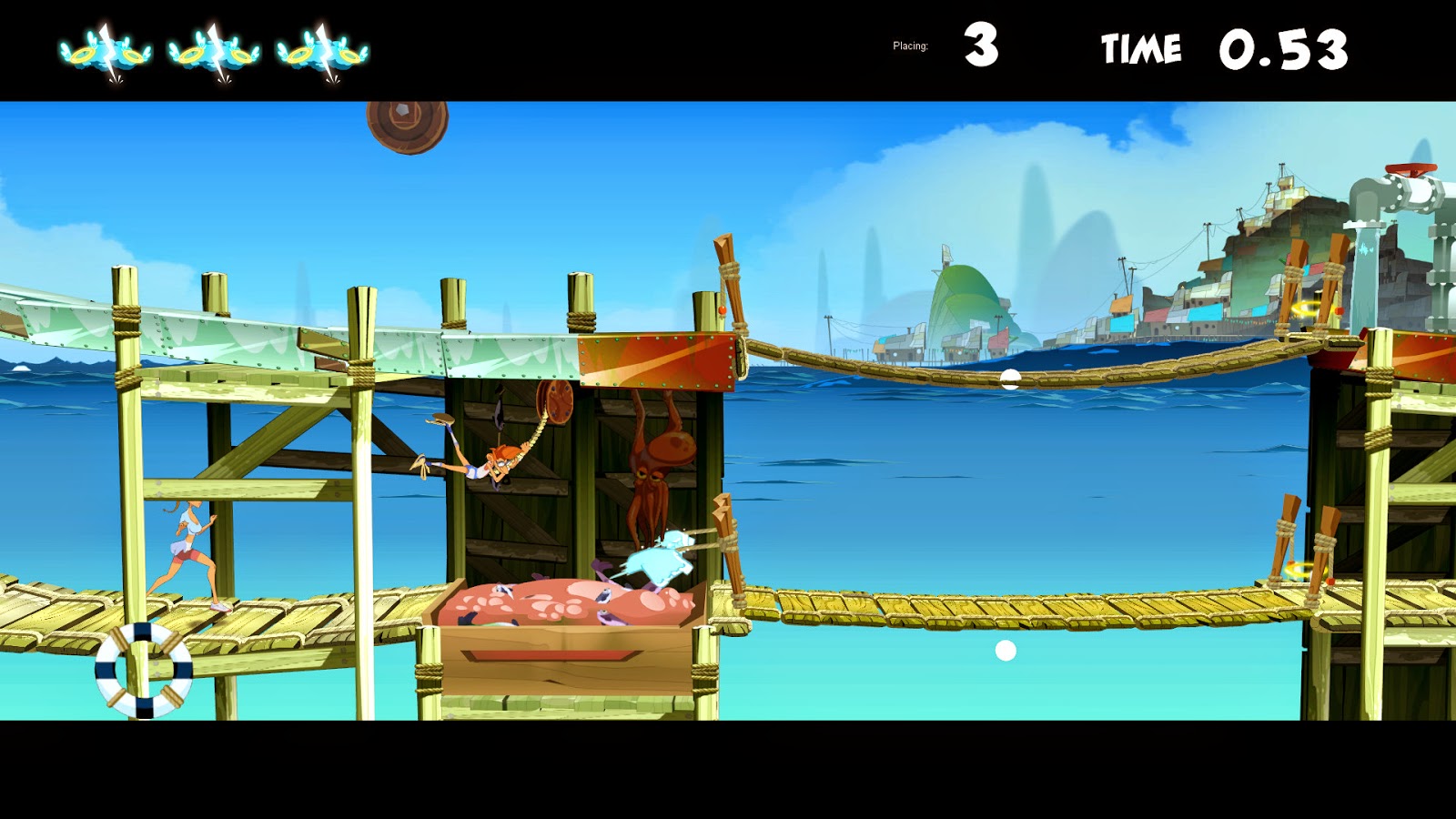 These core mechanics are far more rewarding than most other continuous runners, such as another recent release, Funk of Titans, which was easy to a fault and an almost completely lifeless exercise in repetition. But, equally, the game’s themes are better realised. Gabriel is a bit of a jerk among his peers at their academy (for angels, you see). He is the best at everything and as such, expects to do the best in everything. Being saddled with someone as useless as Harold for his tests is a slap in the face at first, but also the ultimate opportunity to show what he can do.

Young and brash, Gabriel tries to show everyone that he is up to the task and that no matter what, he is going to be the best and deserves his scholarship to Archangel Academy more than his peers do. It is a fun backstory that serves the game well. Continuous runners usually do not bother much with story, but here it is both entertaining and paves the way for the divine intervention mechanic that is key to making Harold such a unique game.

Harold is also ably helped by its presentation. The music is suitably up-tempo and fun as it reacts to Harold’s position in the race at the time, though the visuals are what really stood out. They are gorgeously smooth and detailed, with lots of colour that would feel right at home in the Saturday morning cartoons of my youth. If there is a drawback to them, there could be more active animation in the backgrounds, but that is nitpicking at this point, and probably for the best anyway since the game’s smooth framerate is key to a fun experience. 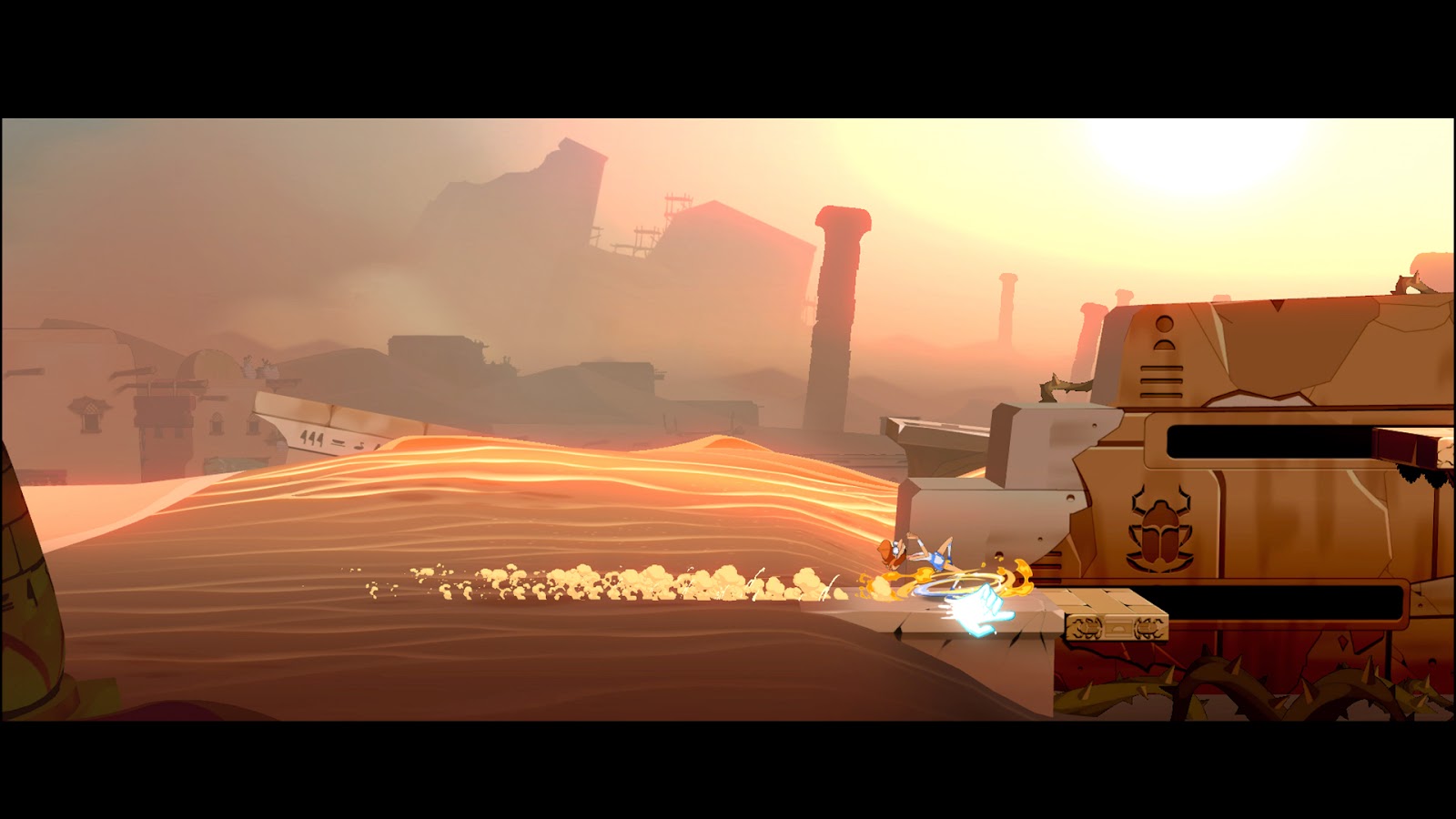 The biggest problem facing Harold is that the controls are almost made to frustrate. Perhaps this was an intentional design choice to make the game harder, but the controls really should have been streamlined. There’s a button to jump, two bumpers to activate speed boost. Left and right on the analogue stick are contextual and can crush a barrier, or perhaps also move a platform or help move an elevator platform up and down. It is this contextual action where the biggest problems lie as it is very easy to accidentally trigger the wrong thing at the wrong time and it only takes one or two mistakes to mess up a race. One of my best early races ended completely because I had meant to trigger one item, but missed and inadvertently angered an alligator that then leaped up and ate Harold.

Finishing races in the top tree (a requirement to move on) is rewarding, but there is a lot of trial and error. Despite the cute graphics, younger players could wind up frustrated by the difficulty curve. Especially when one weighs the dual responsibility of trying to advance Harold while hindering his opponents.

Harold is a fun game for fans of the continuous runner genre, and against all odds it actually manages to take such a simple genre and build on it in a genuine and unique manner. It has a fairly steep learning curve, but despite taking on the role of an angel, the ability to hinder opponents is actually devilish fun.

So, let’s talk about game length and The Order