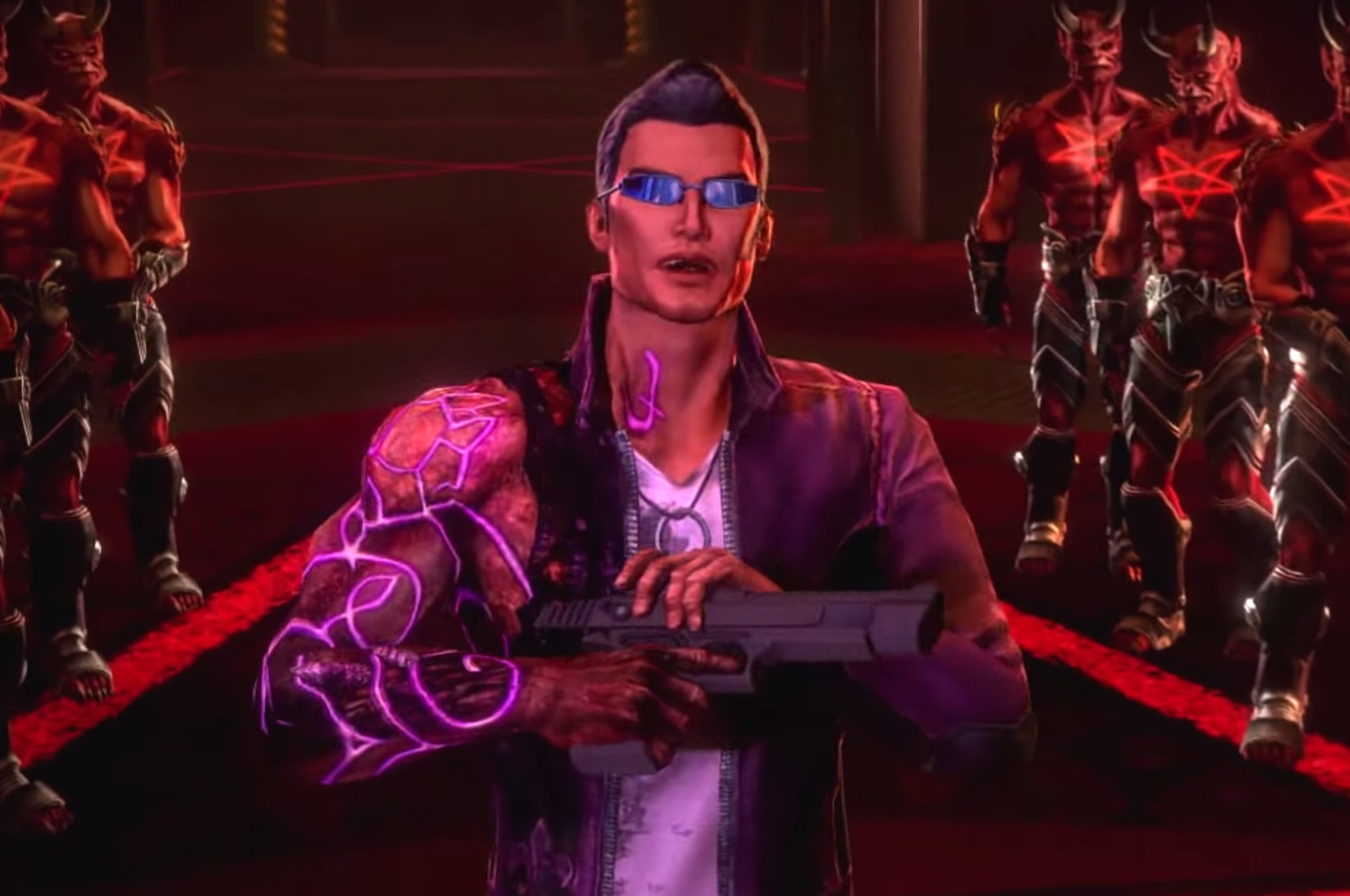 Saints Row started off as a different take on the open world Grand Theft Auto formula. Since then, the series has become progressively more oddball to the point where Saints Row IV felt more like a crazy superhero adventure than open world crime simulator.

Saints Row: Gat Out Of Hell is a standalone expansion that picks up from where Saints Row IV left off. This time, however, you play as series mainstay character, Johnny Gat, as he tries to fight his way through hell.

The glide ability and superpowers from Saints Row IV are in place, as well as numerous vehicles and weapons to use. New content comes in the form of an original storyline and open world set in hell.

Past games enabled you to create a custom character to use in the single player campaign, though this time around you are limited to playing as two existing characters from the game universe. Johnny Gat is the brawn while Kinzie Kensington is the brains, and it’s up to the pair to triumph over hell’s toughest foes. 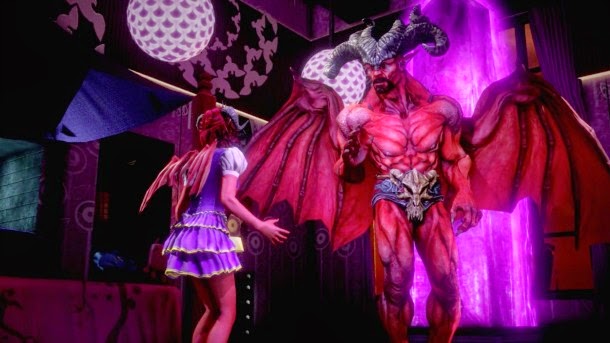 Setting the game in hell adds another level of zaniness to an already oddball setting and narrative. Missions and challenges have the same basic structure as in Saints Row IV, but have slight variations that reflect the hell setting, such as the world’s inhabitants now being the undead.

The afterlife theme is carried over to weapons modelled after the Seven Deadly Sins. You get access to the weapons once you carry out enough sins of a certain category, and they are as over-the-top as they are powerful.

Saints Row IV introduced super jumps and gliding, and Gat Out Of Hell takes it one step further by letting you fly. The ability is surprisingly well implemented and fun to use, aided by the responsive controls.

Even with the new city and additions, Gat Out Of Hell remains an expansion and never quite reaches the level of quality of Saints Row IV. When you look past the different buildings, inhabitants and vehicles, the experience is not too different compared to past games. 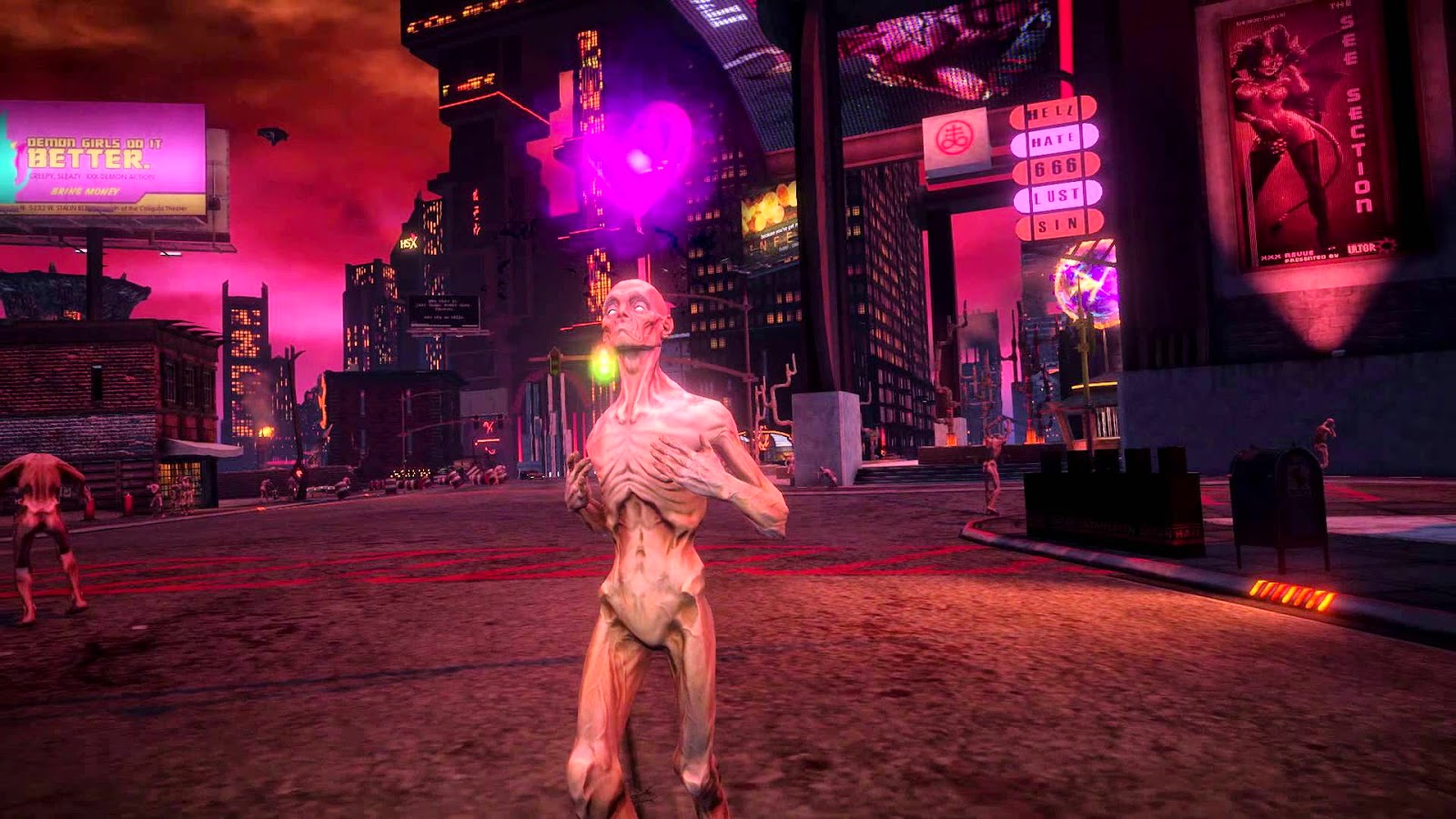 The narrative retains the series’ off-beat humour, but it’s not as prominent as before. It never feels like you are taking part in big, important missions, and instead it’s like you are progressing from one side mission to the next.

Fans of the Saints Row series will enjoy the expanded scope of Gat Out Of Hell and the new world. Everyone else may want to instead stick with Saints Row IV, which has been re-released on current consoles, before venturing into the underworld with the expansion.