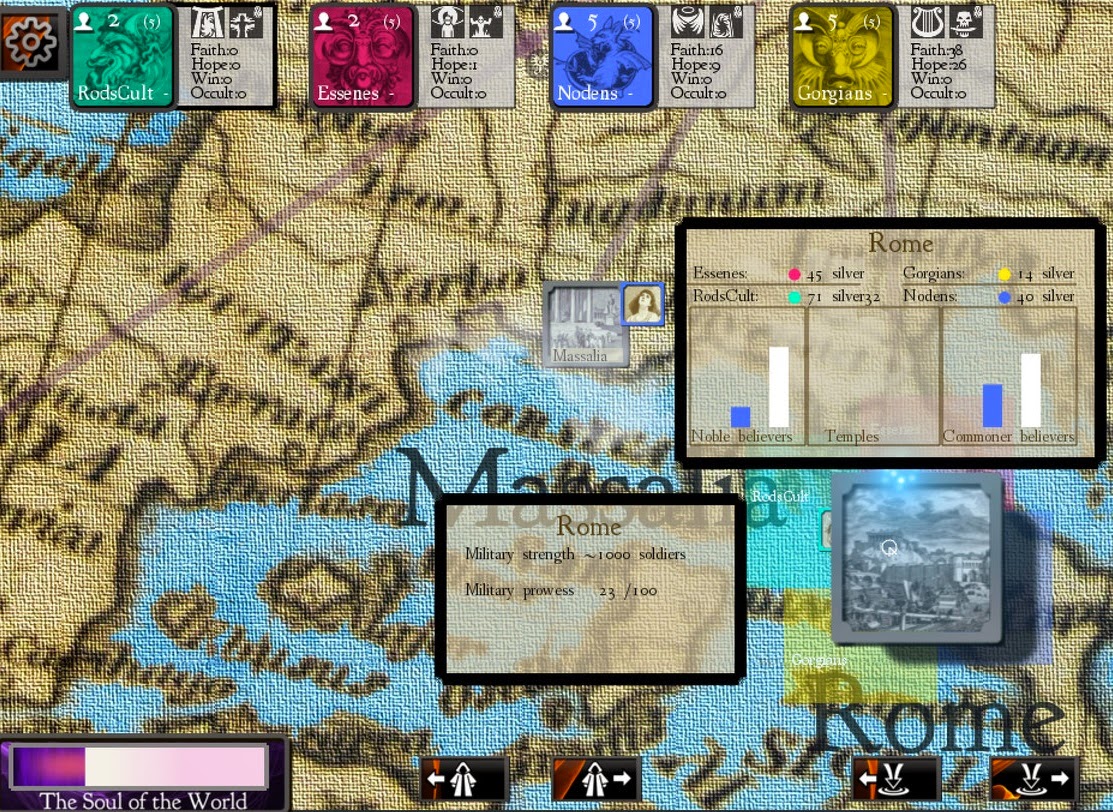 Rod Humble has had an interesting path to Cults & Daggers and his startup developer Chaphat. Formerly the CEO of Linden Labs, the creators of Second Life, Humble’s role behind that was the head of the EA Play label… the creators of The Sims.

So it might seem a little odd that after a life sim and then an the CEO of a company that specialised in an online life sim, Humble would turn around and do something like Cults & Daggers for his first project as a free man… or independent developer if you prefer. Cults & Daggers is a truly hardcore strategy game about an relatively obscure part of ancient history, and focuses on an obscure part of that period – cults. Set in the Hellenistic era between the death of Buddha and the birth of Christ, the game itself is a fantasy concept where you are tasked with creating your own religious faith to fight a secret war for the soul of the world, however it is a fantasy based on an obscene amount of historical research by Humble.

In the game, you’ll be recruiting loyal disciples throughout the Mediterranean in order to spread your faith by preaching to the masses and converting noble families. Along the way, you’ll have to deal with spies, assassinations, martyrs, occult forces, prophets and blasphemers, all while battling the Old Gods and other rising cults for the hearts and minds of the world.

You can see the trailer below to get a taste for the game, but it’s a great concept, even if it quite a complex game and concept to wrap the head around. I had a sit down with Humble for a brief chat about the game and how he wound up making it after his previous projects.

Digitally Downloaded (DD): Cults & Daggers is a very different game to everything that you have worked on in the past. What inspired you to do something so different?
Rod Humble (RH): I wanted to go and make games about subjects which interested me and which nobody else was going to make. I have had a keen interest in this time period for a long time and the words “mystery cults” pop out of the history books when you scan this time period. I wanted to write a little myth of my own about what they could have been up to!

DD: How do you think your experience at EA and Linden Labs will help you with your new startup?
RH: I have enjoyed everywhere I worked. Sometimes I want to focus more on the business side, or managing a studio. I wanted to take some time to make a game solo. I think both those fine companies have given me insights into working by myself. Particularly understanding the tension between the creative process and the bottom line. With Chaphat, because it is just me, I am able to focus almost entirely on the creative part which is nice.

DD: How important was historical authenticity to you in building this game? How do you think that authenticity is reflected through the game?
RH: Quite a bit! Although the center of the game is a myth told by me (about the elder gods trying to destroy the world between the death of Buddha and the birth of Christ) the core setting is pretty accurate. I think many people are surprised when they see a Greek colony up in the black sea or in Spain for example. Also the vast majority of the events in the game are based on similar events that did happen to cults & religions. The story of the Pythagoreans and Essenes, for example. 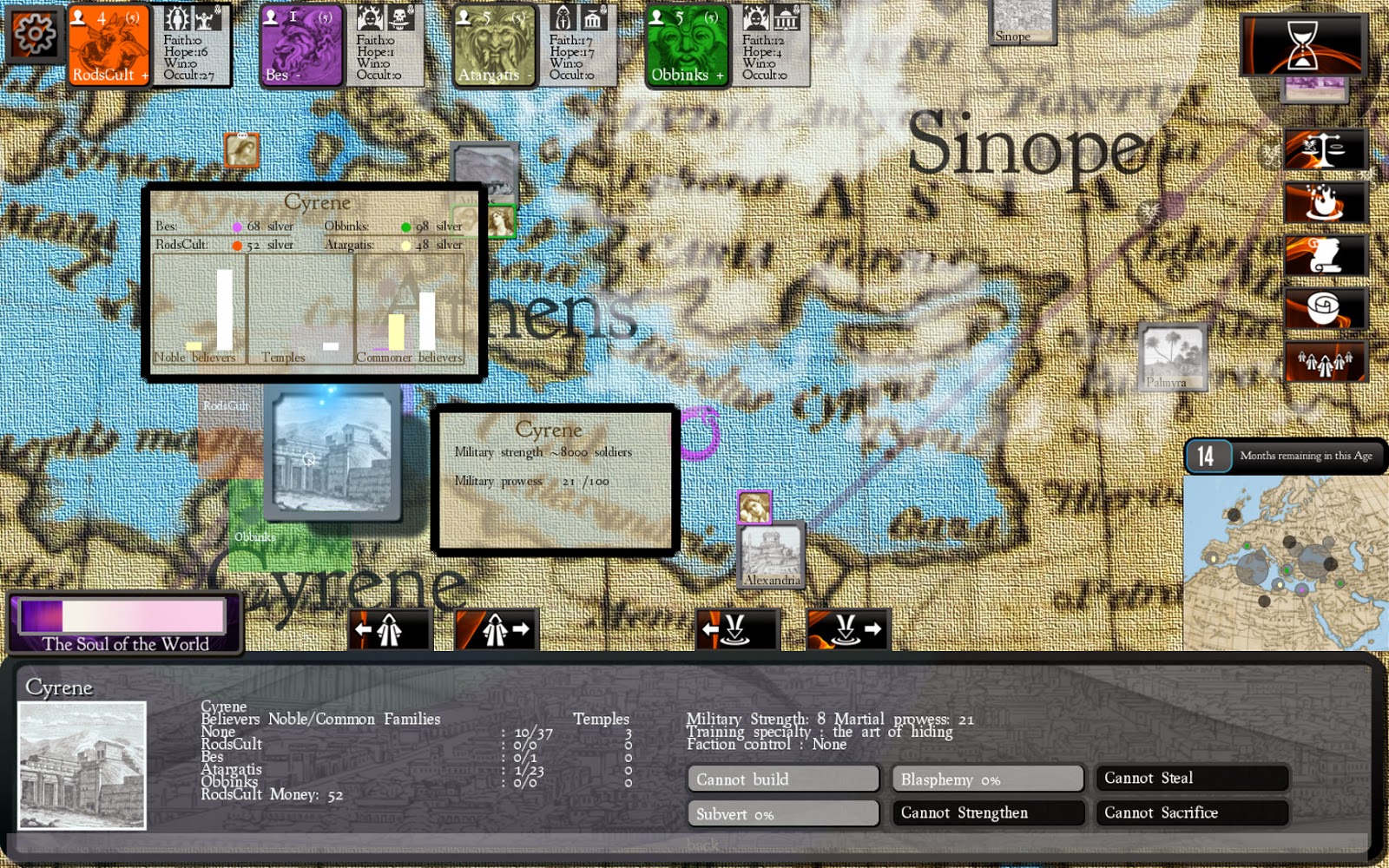 DD: How did you tackle the historical research for a game like this?
RH: A lot! I should write up the bibliography as it may be of interest to players. There is a ton of great books about the Hellenistic era and the occult and religious experience!

DD: Obviously this is a niche product, but because it is so complex, do you worry that it will struggle to find an audience?
RH: Oh that’s a very big possibility! It is as you say a niche and very complex game. I wanted to build this kind of very deep game with no regard for market size. That size maybe 1, we will find out!

DD: Do you think the complexity of the game excludes a future release on consoles and mobile platforms? And, further to that, why do you think there has been relatively few attempts to bring complex strategy games to non-PC gaming platforms in the past?
RH: It may come to Linux at some point but the game is probably too big for iPad or Android and getting a GUI of this complexity working with a controller would be tough. PC with a mouse is its natural home I think.

DD: As a small developer, testing a large, sprawling game like this must be difficult when you don’t have access to the same playtesting resources as a company like EA. How did you and the team tackle the QA process?
RH: I am lucky I have a lot of gamer friends and contacts. I have had three separate groups of testers who tested in isolation on separate lists. I have had pretty good coverage across a lot of hardware configurations and play styles. 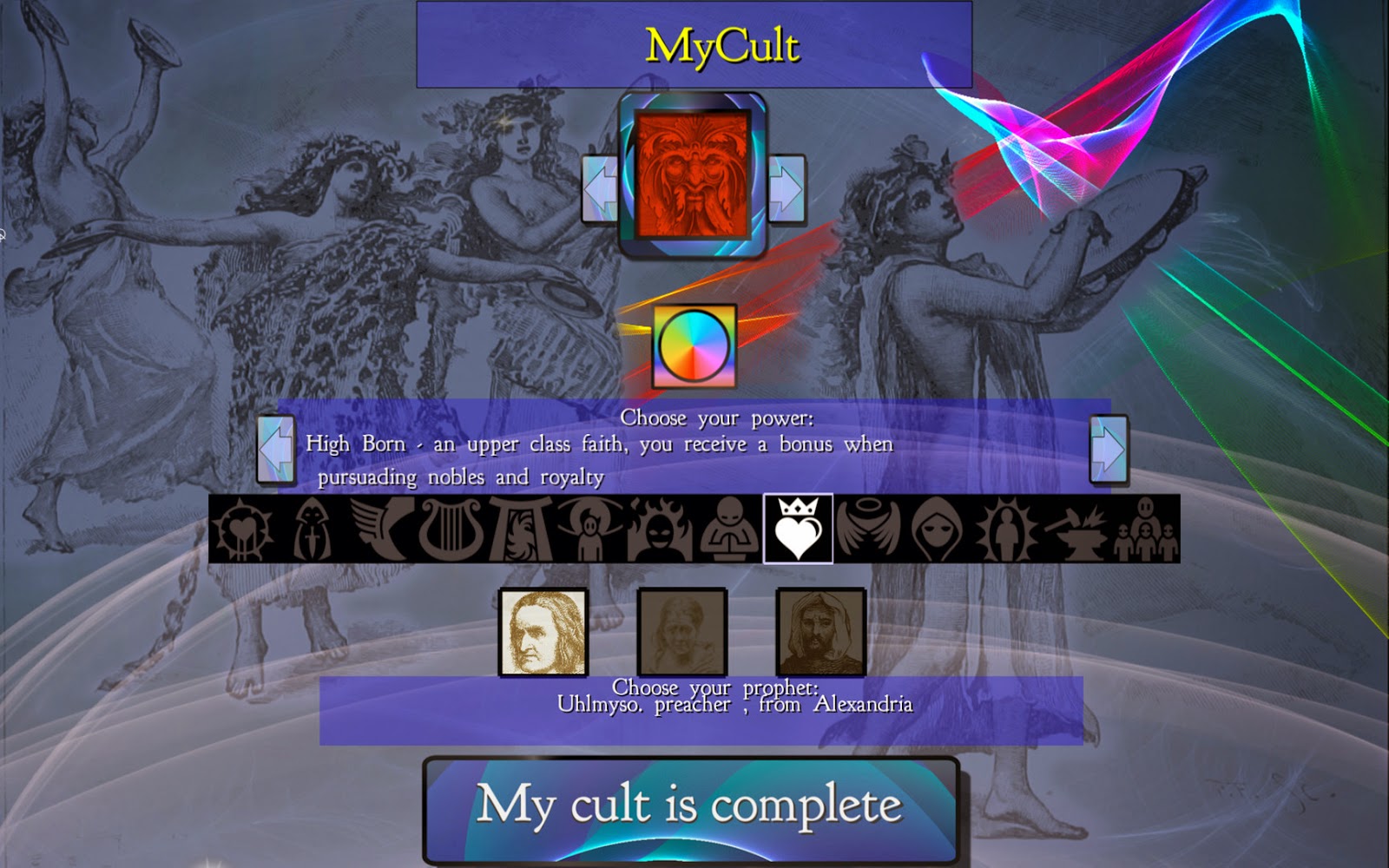 DD: Are there any other particular periods in history that you would like to tackle in the future?
RH: For sure! I like the spy engine in Cults & Daggers and it could easily go to other time periods. Post launch I plan on releasing one or two free expansions to the game. One may be a different time period.

DD: You’ve been involved in the games industry a long time. How would you say it has developed as a form of creative expression, and where do you see the biggest opportunities moving forward?
RH: I think it has been amazing how far we have come. My hunch is that you will see more and more subjects addressed by games in the years ahead as we branch out away from our standard settings. I think that is important for us as a medium.

DD: Finally, what games are you playing at the moment yourself?
RH: I am enjoying exploring in Elite Dangerous right now and I have been playing a lot of board games, I am in the middle of a game of OCS Reluctant Enemies right now.