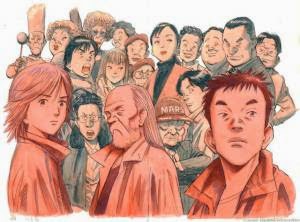 The first volume of 20th Century Boys was a well-crafted opening chapter to a manga that was clearly going to need more time to develop. Back when I reviewed that volume I suggested that we’d have a better idea of whether it would be compelling over the longer term after a couple more volumes.

Five volumes in now and I was right – it is much more compelling now. And interestingly 20th Century Boys isn’t what it first seemed. From the first volume I had assumed that it was a fairly standard tale of a crazy cult and a group of misfits brought together to try and stop it.

But this isn’t the case. By the end of the fifth volume 20th Century Boys has done away with that initial plot arc and morphed into something entirely different – a kind of science fiction dystopia with the cult still at the center of everything, but that much more potent than it was at the start. The original characters have largely left the story and their children have taken up the mantle of fighting against the cult, which has itself developed in some insidious ways.

As with Urasawa’s work on Pluto, 20th Century Boys doesn’t shy away from shocking readers with the deaths of characters that it spends significant amounts of time developing. This manga is more focused on being an exciting thriller than running with deeper themes, and so character deaths doesn’t quite resonate in this manga as strongly as it does in Pluto, lacking the context of the exploration of racism as it does. But what these character deaths do do very will is to keep the pace of the manga moving forward quickly. Urasawa uses the fluidity of characters to jump around in time and space rapidly, and while it can be disorientating at times, these time jumps help to keep the reader on their toes from one chapter to the next. 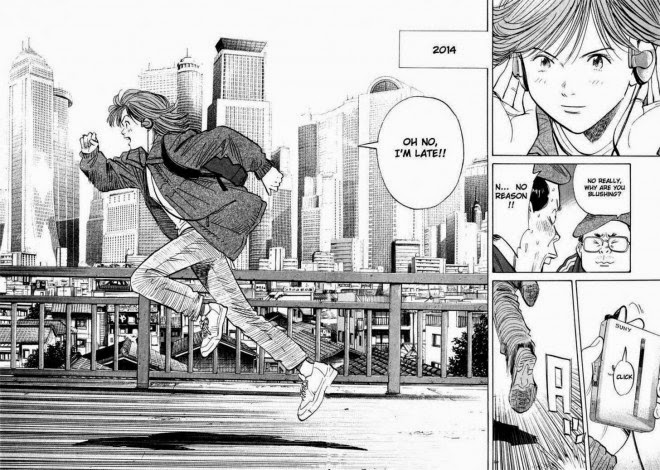 What 20th Century Boys is also doing really, really well is creating an intense, sharp atmosphere. As with any good thriller there’s a claustrophobic sense that there is no escape for the characters out of their situation, that the cult holds all the cards and the best anyone can do is engage in a desperate struggle against the odds. There are betrayals, conspiracies and giant robot things (?). These are all standard for the genre (except for the giant robot, I guess), but they are difficult to pull off well, and you’ll be hard pressed to find a better example of a noirish thriller atmosphere in manga than this one.

The greatest strength of 20th Century Boys is its pacing. The snappy writing is a brilliant example of the power of efficient writing, and it’s supported by an art style that makes heavy use of dark, bold lines to create simple, but noirish environments that complement the dark places the narrative delves.

As it’s a thriller and I don’t want to give away anything in a review, it’s difficult to say much more about 20th Century Boys, but I am much more positive on the direction its heading now than I was after reading the first one. It’s a page turner science fiction thriller thing, with interesting albeit somewhat generic characters and a truly nasty organisation at the centre of the narrative that is clearly going to keep us guessing for many more volumes yet.

The games of January; quality over quantity