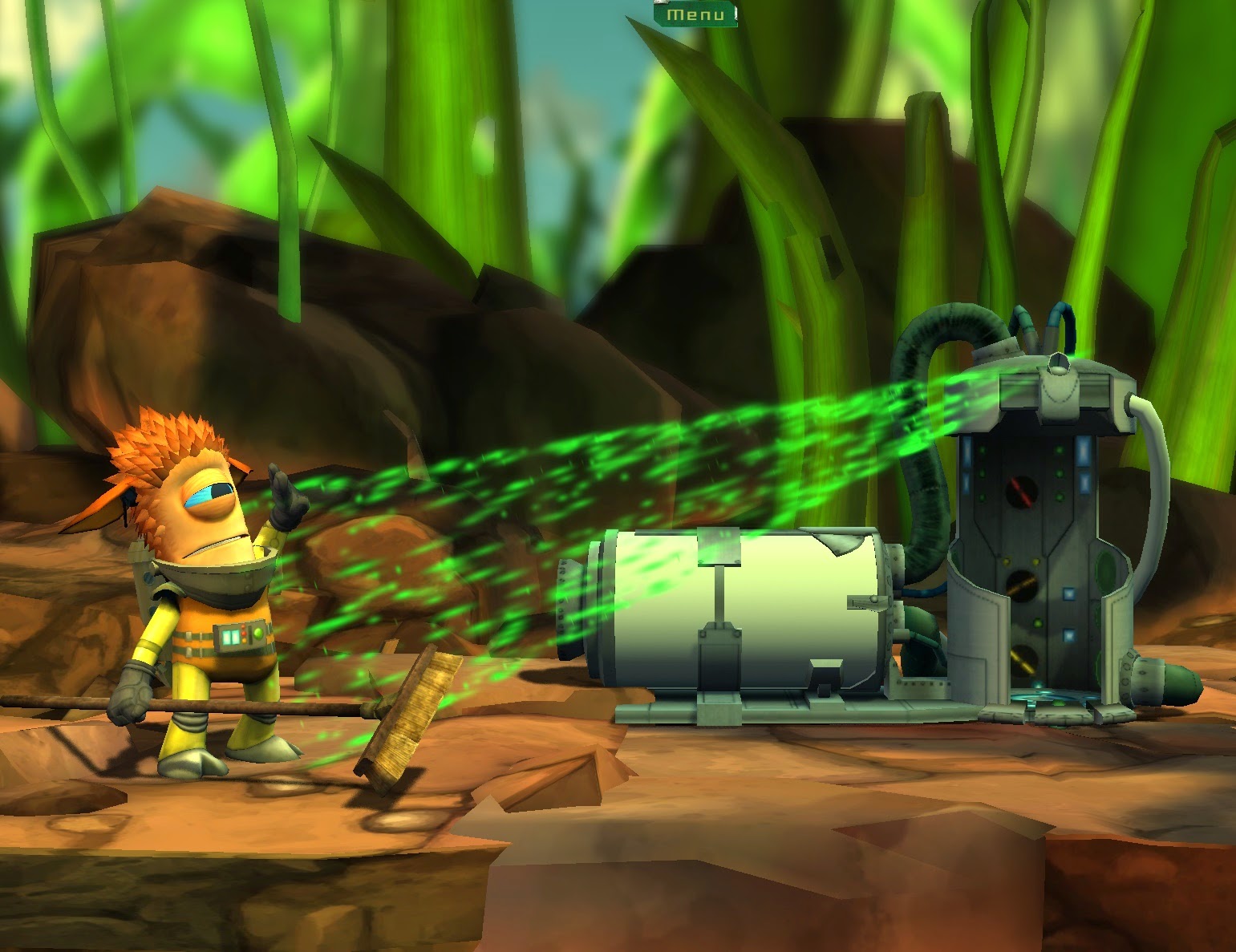 Designed by a team of animators with experience at the almighty Pixar, Flyhunter is the story of Zak, a janitor on a spaceship, that gets himself in a heap of trouble; he gets bored and accidentally releases the spaceship’s valuable cargo… and its captain. Someone should have been paying more attention as to where the eject button was.

Armed with a jetpack and a fly swatter to fend off beasts, our “hero” sets out in search of the missing cargo that he sent plummeting down to Earth. As the story unfolds, Flyhunter is rather well paced with cutscenes that add depth to not only Zak, but others that are in this mess because of him. These cutscenes break up the short but well designed levels, which are perfect in length and offer some variety with collectibles to track down in each.

Related reading: Our interview with Steel Wool Games, the developer of Flyhunter Origins 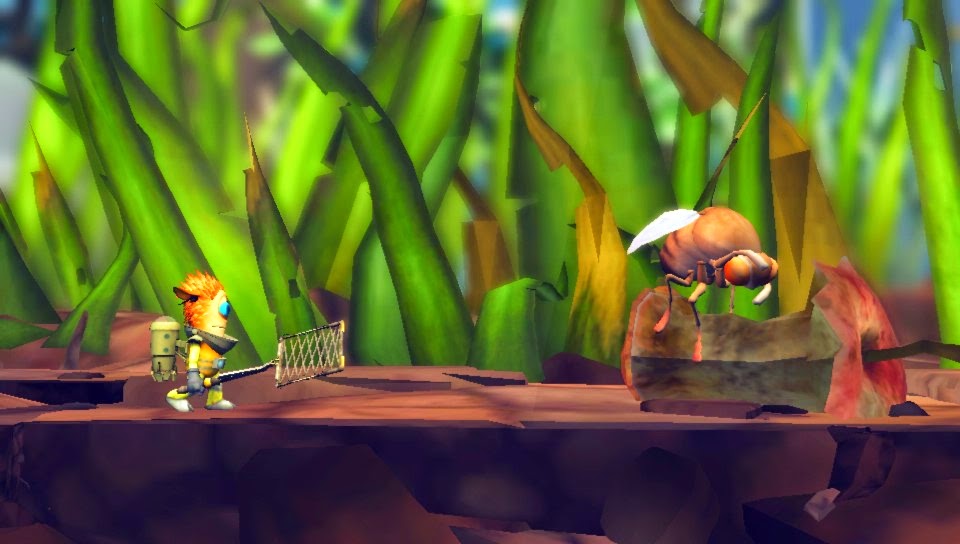 Changing up the pace and style at the end of a chapter is a chase scene in which Zak straps on his jetpack and chases down a fly (hence the game’s title). In these levels Zak must work his way close enough to the fly in order to smack it with his swatter, which wears it down until he can finally re-capture it for delivery. This side of the game is frustrating at first, especially in comparison to the more careful platforming sections. Flying above, below, beside, or through obstacles requires quicker reflexes as for every time that Zak collides with something during the chase, the fly gets far further ahead, to the point where you’ll find yourself restarting these chases over and over again.

For everything that is done amazingly for Zak’s adventure, and despite coming from a team with serious animation pedigree, Flyhunter Origins suffers when it comes to its more technical aspects. Whether being played on my Vita or my PlayStation TV, the framerate suffered at times becoming so laggy and choppy that I had to put it down to rest my eyes. The effects were much more apparent when being viewed on a 50+ display compared to the sleeker Vita screen. It’s not a game-breaking issue, but its an irritation that we really shouldn’t be dealing with in the modern era of development.

Flyhunter Origins is hopefully the first of many to come from Steel Wool Games. Even with the small enough growing pain in regards to the framerates, this tiny Janitor’s adventure is one worth having.