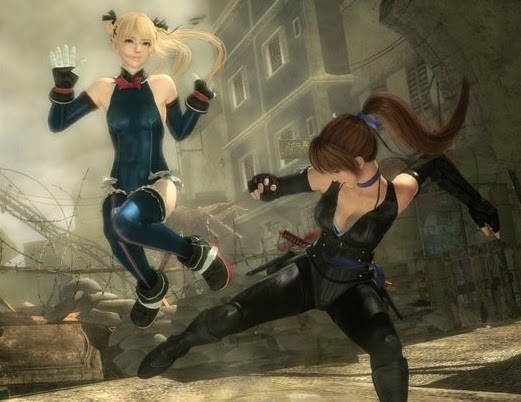 I’m a big, big fan of Dead or Alive 5. I started relatively ambivalent with the original release, but it seems I just needed to spend a few hundred hours with the new vision for the series to fall fully in love with it, because with the Vita and then Ultimate versions on the PlayStation 3 I have come to realise that Koei Tecmo has created the ultimate fighting game for me. It’s accessible and silly, but also offers enough depth to encourage me to practice and get better at it.

Koei Tecmo has also done a good job in expanding out the content from that original game, adding new characters and gameplay modes, and generally making a better fighting game through iterations.

And while I’m ready for Dead or Alive 6 to be announced, Last Round is something I’m looking forward to as well. After all, if any fighting game was going to benefit from the enhanced power of the PlayStation 4, it was going to be this one.

I was able to get a few rounds in of Last Round at Tokyo Game Show, and it succeeded in getting me interested in Dead or Alive 5 all over again. I’m certain I’m going to spend many more hours playing this puppy, despite already playing it to death in the previous iterations (not least because the share button is going to be a so very convenient way of sharing classic matches). 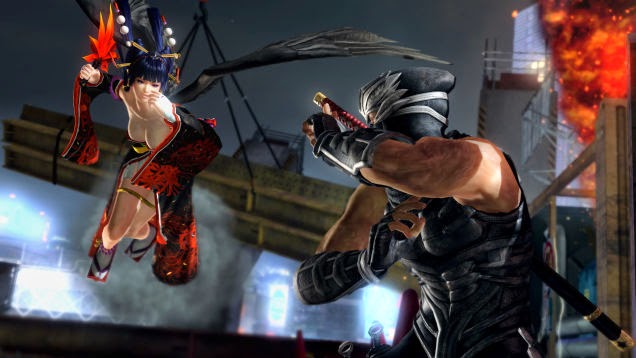 The character models look absolutely spectacular in motion. Though there obviously isn’t anything new about the package, the jump from the PlayStation 3 to 4 is evident in highly detailed models that helps enhance the spectacle of the fighting itself. Because the characters look more lifelike and details there’s a greater sense of visceral action as they lay into one another, and for the people that enjoy Dead or Alive because of the bikinis and things, this update is going to be a mandatory purchase, if not system-seller. Hitomi has never been more gorgeous in that yellow swimsuit of hers.

I hadn’t actually purchased the additional DLC characters in Dead or Alive 5: Ultimate (aside from Marie Rose, of course), so I also enjoyed getting to try out Nyotengu, who has a nice, new aerial approach to combat that is something new to look at. All these new characters give Dead or Alive 5: Last Round a truly massive and diverse roster, which, if you haven’t played the game since its original first release, should be impressive enough to justify the upgrade. I hear that all DLC costumes previously purchased will be available in your new copy of the game too, which is a good thing considering there’s something like 200 of them. No doubt Koei will continue to support the PS4 game with more costumes too.

I was skeptical that a simple “HD” port of a (now) old fighting game would be something that I’d get excited for, but Koei Tecmo has done enough with this port to PlayStation 4 to justify a re-purchase, I feel. Obviously we’ll have a full review for you once the game launches, but my impressions on this one are very positive indeed.

Tokyo Game Show report: People who claim it is losing relevance are missing the point