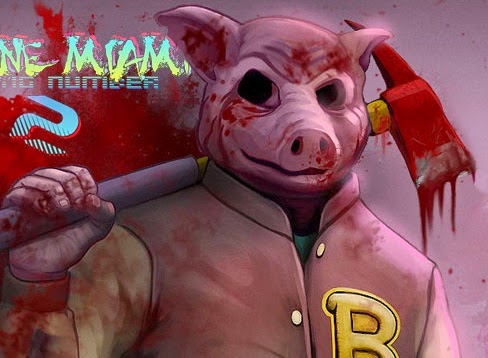 It’s always good to know that the Australian Classification Board is out there protecting us from things that no human being would ever want to see. Like a knight in shining armour, the Board is out there shielding us from the evils of nasty game developers creating filth that will corrupt us and have the country descend into anarchy.

The latest game that the Board has decided we need protecting from is Hotline Miami 2. Which is apparently a violent game. It must be really violent if violence is the reason the Classification Board is banning this one – Call of Duty games have exploding heads and they don’t even earn the adults-only R18+ rating.

See, usually the Classification Board reserves its wrath for games which have girls in optional bikinis in them and cute little blue anime blobs for enemies. It’s also got a bit of a problem with drug use. But when it comes to violence, usually the Board is all about freedom of expression.

So rejoice, Australians! You’ve been protected from a game with violence so vile that it would make you curl up the fetal position and weep for months, apparently.

Please note that if it’s not already obvious, I’m in a sarcastic mood right now and I have nothing but contempt for the hopelessly inconsistent “service” that the Classification Board provides Australian consumers. The source of that contempt is simple – When you’re this inconsistent about ratings you might as well not bother doing them at all, and I’m under no illusions that Hotline Miami 2’s developers are more guilty of not having the budget to wine and dine the Classification Board into a friendlier position than having produced something genuinely immoral.

UPDATE: There we go, courtesy of Kotaku we now have the reason for the ban:

In the sequence of game play footage titled Midnight Animal, the protagonist character bursts into what appears to be a movie set and explicitly kills 4 people, who collapse to the floor in a pool of copious blood, often accompanied by blood splatter. After stomping on the head of a fifth male character, he strikes a female character wearing red underwear. She is knocked to the floor and is viewed lying face down in a pool of copious blood. The male character is viewed with his pants halfway down, partially exposing his buttocks. He is viewed pinning the female down by the arms and lying on top of her thrusting, implicitly raping her (either rear entry or anally) while her legs are viewed kicking as she struggles beneath him. This visual depiction of implied sexual violence is emphasised by it being mid-screen, with a red backdrop pulsating and the remainder of the screen being surrounded by black.

From the description above, the scene that got the game banned is incredibly distasteful and would indeed offend plenty of people. But that’s how art works. For an example: I have no interest in Hatred, which I find to be a putrid concept even if you don’t consider the questionable associations that some of the development have with far-right nationalist (read: fascist) organisations. But I don’t think it should be banned. Quite the contrary. I think it should be widely available so that people can access it and then tear it a new one if it is indeed as unpleasant as it sounds on paper.

That’s the purpose of transgressive art. To challenge morality. To help us define, both in ourselves and our society, what is and is not considered reasonable in the context of entertainment, or even fine art. Art is there to generate discussion, and no discussion can occur so long as a tiny group of people who clearly allow their own ideologies to determine the appropriateness of material get to act as gatekeepers.

There’s a new fighter coming to Dead or Alive 5: Last Round and surprise! She’s cute