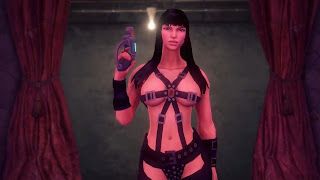 Proving further that the R18+ rating is a complete farce in Australia, the Classification Board has seen fit to ban the release of Saint’s Row IV.

The game was Refused Classification (RC), meaning that retailers cannot sell the product, on the basis that interactive, visual depictions of implied sexual violence which are not justified by context. The Board also says the game includes elements of illicit or proscribed drug use related to incentives or rewards, writes IGN Australia.

That same IGN report seems to imply that the Classification Board is proud of the fact that it has only banned one game from Australian gamers. “Apart from today’s decision, since the beginning of the year, the Board has classified 17 games R18+ under the new guidelines,” Classification Board Acting Director, Donald McDonald, said to IGN.

Very good, Classification Board. You’ve also managed to reclassify a game that a 13 year old children can legally play on the PlayStaiton 3 to R18+ for the Vita release (Atelier Totori), despite the Vita game being exactly the same, plus a swimsuit costume.

The point here? Australian Classification Board, you are failing in your mission to provide guidance to Australians about the content that our young people are playing. You are being overzealous of the application of the R18+ rating. That is not something to be proud of. And now, after bringing the R18+ rating in to allow adults to play adult games, you have now decided that adults can’t actually play adult games.

In the film industry, a production needs to be truly abhorrent to find itself banned. Saint’s Row IV is not abhorrent.

You fail, Classification Board.