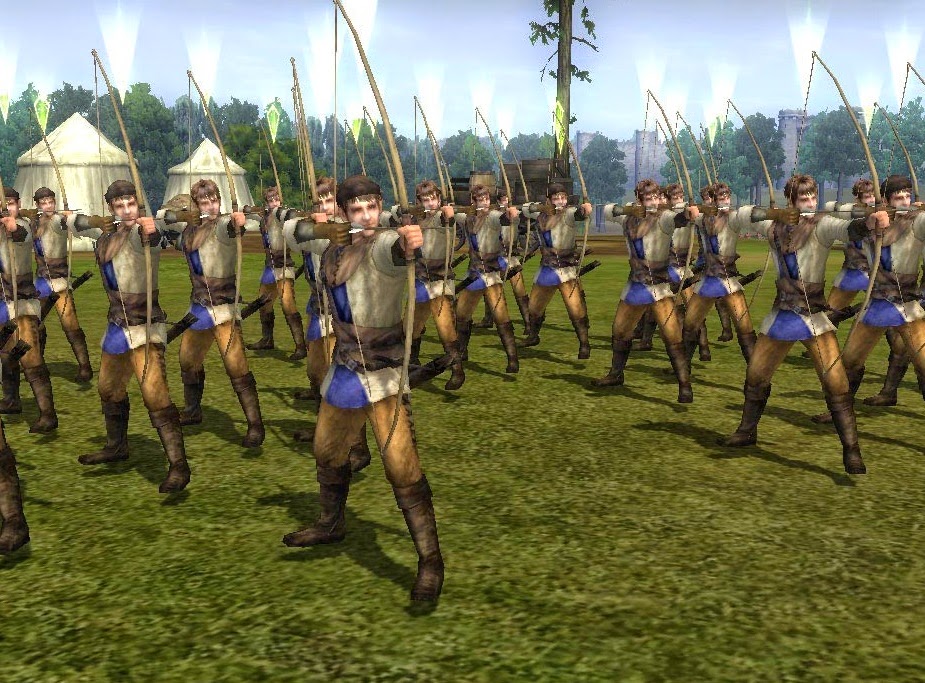 Almost a decade ago (eight years to be precise), Koei Tecmo launched a new IP on the then-fledgling PlayStation 3 and Xbox 360.

Coming around two years after the Xbox 360 launch and just a year after the PlayStation 3, Bladestorm: The Hundred Year’s War didn’t even have trophies, as it was that long ago that they weren’t mandatory on Sony consoles. It looked like a mild enhancement on a PlayStation 2 game. It scored a generally middling rated by the mainstream critics (not unusual for Koei games back then, mind you) and largely ignored by consumers. And this was a pity, because Bladestorm was in many ways designed to be that generation’s Kessen, and underneath its surface lay a game that was a genuinely engaging action/ RTS hybrid.

Now the franchise is getting a second chance in Bladestorm: Nightmare, a sequel that fans of the original never thought would happen. Hopefully it gets a better look-in this time around from the community at large, because it deserves it.

Related reading: We also reviewed the game when it was released for download on the PlaayStation Network. You can read that review here.

Because relatively few people played the original, I thought that an overview of what to expect would be helpful in whetting the appetite for what deserves to be a big game for Koei Tecmo. Bladestorm is to the Hundred Years War what Dynasty Warriors is to the Three Kingdoms era of ancient China. In other words it’s a retelling of the stories and legends of the period, in which real history and real historical figures are used in a fantastic context to ratchet up the drama and excitement while remaining authentic to the era.

In the game there’s historical heroes such as Joan of Arc and Edward the Black Prince, and they are fighting on battlefields alongside units of troops that were both authentic to the period (swordsmen, archers, knights) and complete fabrications (ninjas, camel soldiers). Why include such strange kinds of units when they didn’t fight in the real battles back then? I suspect to add variety to the kinds of units a player could command, given that military warfare had relatively minimal variety at the time.

Where the game significantly differs from the Warriors games is that, while you’re in control of a single hero in Bladestorm just as with the other Koei history games, he or she is next to useless on their own this time around. Players control a mercenary captain in Bladestorm, and as a captain their strength is not in their own ability to fight the enemy, but rather they are good at leading other soldiers into battle. And so Bladestorm’s gameplay involves attaching your hero to a unit, which he or she will then take control of, and then using that unit’s strengths and abilities to fight enemy units. These units all have special abilities unique to them; swordsmen have power strikes, cavalry have a charge ability that can decimate an enemy infantry unit, and ranged units shoot arrows but are hopeless in melee.

The goal in each battle is to capture castles, villages, and other key locations across maps that represent huge chunks of land within Europe. These maps are broken down into smaller sections, and the goal of each battle is, over a course of a couple of days of in-game time, to slowly make your way across the battlefield, fighting skirmishes along the way before you finally reach the opponent’s main castle and capture it for the glory of your forces. Because you’re playing as a mercenary you’re able to switch sides between battles, and depending on the side that you help lead to victory, the story will unfold slightly differently.

What is so enjoyable about the game is its mammoth sense of scope. In Bladestorm you’re one soldier among thousands, leading one unit among dozens, and if you put the controller down and go and do something else, the battle will play out without you. Objective points will be fought over, won and lost, on the other side of the battlefield completely, and there’s nothing you can do about those other than hope you do a good enough job on your side to fulfil your mercenary’s contract and help deliver a victory for the overall forces.

While the game is visually primitive by today’s standards, if you stand your character still and survey the environment and you’ll see skirmishes playing out from horizon to horizon. A contingent of horses will gallop past to relieve a unit of armoured foot coming under heavy fire from longbow archers. Whether you’re on the frontlines or playing a support role the best chance you have of success is working with the other AI units to take advantage of their strengths and weaknesses. If you’re in command of a cavalry unit, for example, having it charge into a formation of pikemen is a bad idea. But you can use those horses to drive away a unit of swordsmen that are harassing the archers that can then deal with the pikemen for you.

As a mercenary captain you’re not tied to a single unit over the course of a battle either. You’re free to leave one unit to take control of a different one at will. As you fight with a particular kind of unit you’ll gain experience in that unit, making those units more effective when under your command, but you’ll want to level-up a couple of different unit types so that you’re able to handle a range of different challenges.

The original Bladestorm may have had camel riders and ninjas in it, but it was a authentic game in that it was humans fighting against humans. For the upcoming release, Bladestorm: Nightmare, you’ll be able to play through the standard story, but additionally you’ll be able to experience the game through a new fantasy story that includes enemies such as giants, goblins and dragons. Who knows how this mode will turn out, but even if it is a reskin of the existing game, it might just be the kind of thing that hooks a new audience in. Because let’s face it, the idea of leading a unit of cavalry on a wild charge into a horde of goblins being led by a dragon is positively Tolkienesque, and medieval France and English is certainly the right visual setting for such a narrative.

What I’m most looking forward to seeing is how this new fantasy mode compares with another fantasy strategy/ action hybrid franchise I was addicted to a few generations ago; Kingdoms Under Fire. This was an Xbox franchise that also had you commanding units around the place like a RTS, only to then find yourself fighting in the thick of things when your units clashed with the enemy’s. This kind of mixed strategy/ action genre was reasonably popular at the time (Koei’s own Kessen series being yet another example), but for whatever reason was retired through most of the last generation. Now, between Bladestorm: Nightmare and a new upcoming free-to-play Kingdom’s Under Fire release, it seems to be making a comeback, and I couldn’t be happier about that.

Related reading: People often ask how you can call these games “historically authentic” when they include so many fantasy elements. This piece explores that question in depth.

If there is one pity about this game, it’s that it would be absolutely perfect for large-scale multiplayer, where each player could command one unit across the massive battlefields, and sadly such a mode is lacking from both the original Bladestorm and Bladestorm: Nightmare. But for people that are looking for a battlefield-level strategy experience, then you should keep a close eye on Nightmare when it releases in a few months. It might well be the most different game Koei releases in 2015, and it could just be the best of the lot if it takes the raw potential of the original game and enhances it in just the right places.