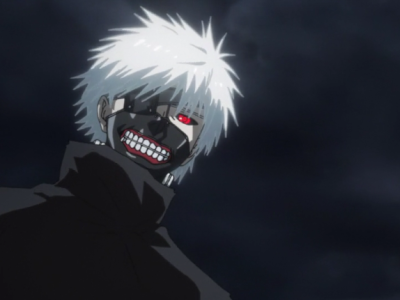 There was plenty of hearsay that Tokyo Ghoul’s second season would diverge from author Sui Ishida’s original story and, given the varying quality of anime-exclusive stories in recent years, fans were justified in their paranoia. Sure enough, the first few episodes of √A have made it a point to prove that things are going to be different this time around.
This is not like the previous season in which scenes were cut or rejigged to be compressed into 12 episodes, oh no. Only time will tell whether √A’s unique premise pays dividends, but considering the quality so far (and Ishida’s own involvement in the project), my enthusiasm hasn’t been dampened in the slightest.
The show picks up precisely where its predecessor left off and concludes that story arc but does so with tremendous haste. Instead, the very first episode teases viewers with the possibility that the show will go down an even darker route (pardon the pun) than its already brooding source material.
Related reading: See Matt’s impressions of the original Tokyo Ghoul if you’re interested in starting the series.
If you can’t tell already, Tokyo Ghoul is not a show you’ll want to jump into without having watched the entirety of the previous season. Observing the psychological trauma endured by Kaneki Ken and his character development are integral to understanding the gravity of his decision to join the shadowy Aogiri Tree organisation.
Having survived the most brutal torture session in recent anime history at the end of last season, Kaneki is a changed man. Now sporting white locks and confidant visage, Kaneki flexes his newfound muscle by saving his would-be rescuer and pushing his reputable opponent to the point of retreat. Kaneki’s display of authority impresses the higher-ups of Aogiri Tree and now the very same faction that just got through kidnapping and violating the very essence of his spirit wants him on their side. Shockingly, Kaneki accepts the invitation and the man he just finished pummelling is now his brother in arms. My little synopsis misses the core of what makes Tokyo Ghoul so compelling, however. The characters are what sell this show for me and Kaneki being depicted in a more sinister light allows the writers to toy with a character brimming with potential.
As unlikely as it is, we could well see him become a legitimate villain as well because…well, I’d excuse anyone who was drugged, had their digits chopped off on a daily basis, and had a centipede crawling around in their brain whilst strapped to a chair for having a lapse in judgement or a delayed mental breakdown. Being exposed to the shadier side of ghouls, he could also learn to see the world from Aogiri’s perspective. Of course, there’s always the obvious scenario in which Kaneki’s motivation is to assist his friends from the inside, but there’s plenty to explore from this route to highlight his ever-evolving mental state.
The rumour that Tokyo Ghoul √A would follow Ishida’s original vision of the series certainly seems true thus far. The writers are keen on working in many key aspects of the original manga, including side characters and subplots. Despite the show treading an undoubtedly new path that would normally upset manga readers, the purists actually have the most incentive to tune in weekly to see what has changed.
Having said that of course, one particularly grim scene from the manga that was used to establish Kaneki’s evolved character mannerisms and shifted sense of morality has been cut entirely. I’d offer my condolences to violence fetishists around the globe, but the story frankly would have been weakened had it been included in this version. 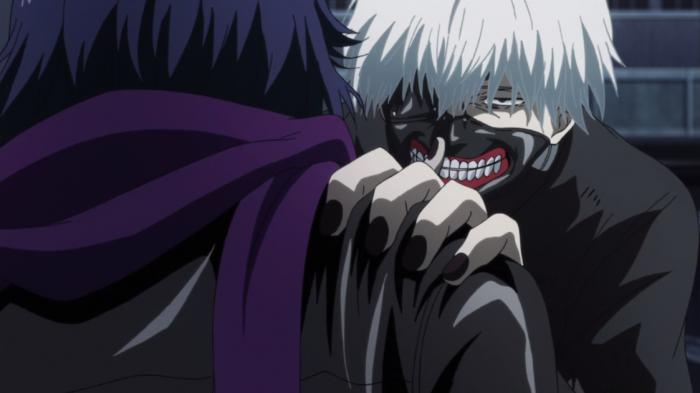 I sincerely hope we see a legitimate adaptation of the Tokyo Ghoul manga some day because there’s more enough interesting material there to warrant a “√B” if you will. For now, however, it’s best to watch √A based purely on its own merits and enjoy the ride.
– Clark A.
Anime Editor
Email me at: clarka@digitallydownloaded.net
Catch the stream on AnimeLab
Share this

Bladestorm: Nightmare could be Koei Tecmo’s killer game in 2015