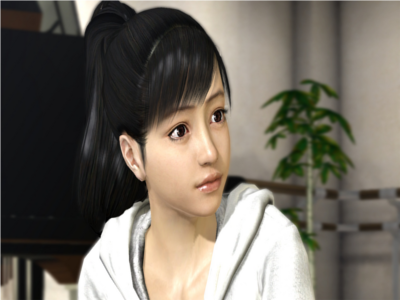 Most games in Sega’s mafia-themed action-adventure series have made their way to a worldwide audience. Yet in recent years, Sega has elected not to localise spin-offs such as Yakuza Ishin!, prompting a legion of fans to ponder, “where’s Yakuza?” across all message boards in the galaxy. Heck, we pined about the series’ absence ourselves. The million dollar question became increasingly valid as time went on and the latest numbered entry in the series seemingly evaded a release in foreign markets.
Today, roughly situated on the two-year anniversary of Yakuza 5’s original Japanese release date, Sega has finally affirmed that it hasn’t forsaken the mainline series in the west. Yes, an English version of Yakuza 5 will soon be gunning for a PlayStation 3 near you and it’ll be doing so in style.

To coincide with the “new” game, Sega has already digitally re-released Yakuza 4 and Yazuka: Dead Souls for PS3 via PSN.

A direct sequel to Yakuza 4™, the game continues the epic story of Kazuma Kiryu alongside four other protagonists, following their struggles and conflicts in the seedy underbelly of Japan’s Yakuza underworld. Featuring a new graphics engine versus its predecessor, Yakuza 5 takes players to five major Japanese cities to venture through a life of crime and power.

Yakuza 5 features more mini-games than previous titles, a modified battle system as well as enhanced customizations and interactions in the signature hostess bars of the franchise. In addition to these features, Yakuza 5 also introduces “Another Drama” which is a series of side stories that focus on each protagonist in-depth and are separate from the main story of the game.

Yakuza 5 won’t actually be available internationally until the third quarter of 2015, but here are a few screenshots to get you revved up like a “borrowed” vehicle (click to expand).