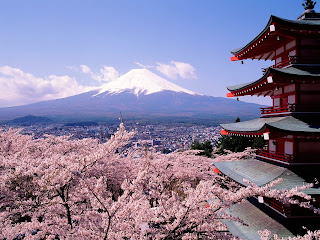 This week Digitally Downloaded editor-in-chief, Matt, goes through his collection to look at some classic games that he has imported from Japan, absolutely loved, and wishes that the rest of the western world also got to play. Whether deemed “too otaku,” “too niche” or some other excuse these are games that are essential for fans of Japanese games who can speak Japanese. 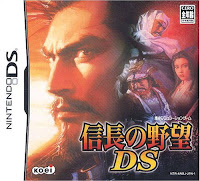 Nobunaga’s Ambition (DS) – Nobunaga’s Ambition is a popular series in Japan that was once ported to the western audiences. In fact, there’s an iPhone Ambition game and it’s quite good. On consoles, however, Tecmo Koei has largely stopped bothering.

Why? Who knows? These games are very deep strategy games, and perhaps Tecmo Koei felt that a market filled with dudebros and Call of Duty clones was no longer worth the effort. It’s unfortunate because for that niche of people that likes playing strategy games on handheld consoles, the DS Nobunaga’s Ambition is compelling. Any of them, really (there were a few released), though I’ve only played the first.

That’s unfortunate because while by reputation this isn’t the finest game in the series, it would have been a solid opportunity to reintroduce the market to the series, which, like Nobunaga’s Ambition, has largely gone Japan-only. The lack of Wii U games to play would have encouraged some to pick it up, surely.

Surge Concerto: Ciel Nosurge (Vita) – Ciel Nosurge is worth a look, if for no other reason than it was developed by GUST, the team behind the brilliant Atelier series. Set in the lesser-known GUST Ar tonelico franchise, this isn’t actually a JRPG (a rarity for the developer). Rather, Ciel Nosurge is a strange little life simulator/ social game where players will communicate with other real-world players while also interacting with an in-game character. The whole goal of that interaction is to build up a relationship of sorts with her.

It’s not really a dating game though, it’s a wholly-unique experience, and well worth experiencing for people looking for something a little different.

Monster Monpiece (Vita) – Here’s a game that’s all kinds of weird, and quite delightfully perverse. Monster Monpiece is a card game that is deceptively deep and involved. I say deceptively because from start to finish this game goes out of its way to convince you that it’s nothing more than an exploitative otaku game. See, the cards in this game are all anime girls designed after a range of mythological monsters, and the more powerful the card, the less the girl’s wearing.

How do you power the cards up? By rubbing both Vita touch panels (the front screen and the back touch panel) frantically in an action that looks remarkably like… well, you use your imagination there.

If you can play this game without embarrassing yourself (I don’t recommend busting it out on a train ride), then it’s wildly, stupidly, good fun. Guilty pleasure good fun, no less.

Photo Kano Kiss (Vita) – This game (and associated anime) has been a little unfairly treated in the west, I feel. On the surface the fact a large part of the franchise is about taking photographs of girls in various “sexy” poses is an uncomfortable theme, but the reality is that the stories found within it are quite sweet.

The game’s a fairly standard dating game, and “winning” it leads to an photo session. What sets it apart is that it’s fairly well written, and voyeurism aside, it doesn’t generate into some of the sex themes that this genre is prone to do. 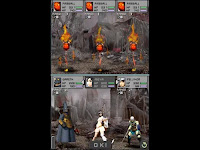 ASH: Archaic Sealed Heat (DS) – Widely dismissed as a Fire Emblem clone by people who haven’t played the game, ASH is actually a bit deeper than Nintendo’s premier series. There’s a more complex set of tactical rules to master in this game, and the difficulty can be greater to manage if you’re not experienced in tactical RPGs.

It lacked the personality of Nintendo’s Fire Emblem franchise, though, and sold quite poorly in Japan. That was good for me since it meant I got to pick it up cheap. Sadly it meant the game will never be properly localised.

Yakuza Kenzan (PS3) – Take Yakuza’s classic RPG/ open-world formula. Stick it into the era of the Samurai. The result? Yakuza Kenzan. I have no idea why this game wasn’t localised in the West, because if anything that shift in setting was a far more reasonable one that that nuts zombie Yakuza game that was released later to near unanimous disdain.

In fact, games like Spike’s Way of the Samurai series prove that there’s some demand for this kind of game and setting, and Kenzan was a far better game than those in that series. But with the entire Yakuza series looking on shaky ground in sales, I wouldn’t expect to see too many more of this series in the west at all, sadly.

New Love Plus (3DS) – This is the most disappointing game on this list as far as I’m concerned. Not because it’s a bad game, but rather because it’s a really, really good game and for whatever reason has not been localised.

It also has a wildly inaccurate reputation for being “that game for perverts,” when in reality it’s actually just a very simple romance story, with no sexualised content whatsoever. Sure there was that guy that married his game, but then someone once married their fridge. Weird people exist, it doesn’t mean this game is weird.

I spent over 60 hours on the Wii game, which should give you a good idea of how much content there is in this game. This is the only one on the list I haven’t played, and the reason it’s on here is it’s the game I want more than other to have a surprise port announcement at some stage. Wishful thinking at this stage, I know.

Chocobo and the Magic Picture Book: The Witch, the Girl, and the Five Heroes (DS) – Final Fantasy Fables: Chocobo Tales was a fun little minigame compilation on the Nintendo DS. What not many people know, there was a sequel to that game that was released exclusively in Japan. This sequel was in almost every way the superior game. More interesting minigames? Check. Better art style? Check? Chocobo cuter than ever? Check.

I have no idea why this one was never localised, because Chocobo Tales was received fairly well. With Chocobo Racing 3D being vapourware on the 3DS the signs are there that Square Enix is putting the cute yellow chicken to rest. This saddens me.