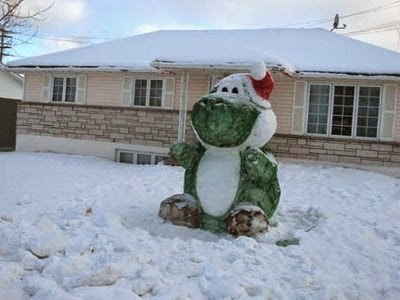 There is a long history in Christmas in counting down the days from the first of December to the big day – after all, who hasn’t had an Advent Calendar at some point?
So we’re celebrating the silly season with a countdown of our own. One game that has been released this year that makes for the perfect Christmas game, each day, all the way down to Christmas Eve.
You can see previous games on our own little Advent Calendar on the side of the site. Just click on any date that has passed and you’ll be redirected (don’t get too excited and jump ahead though – the current page will simply reload). Hopefully it keeps you and your family in the good times for the whole of the best time of year.
Happy gaming!
The 24 Games Of Christmas
Day #7: Yoshi’s New Island
(Read our review of the game here) 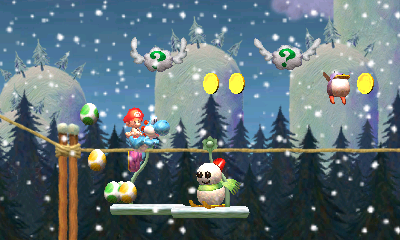 Much as the holidays are a time for family togetherness, you’re invariably going to have some downtime alone to relax. There’s really no better way to wind down from hardcore dungeon crawling or historical assassinations than through a charming adventure hosted by Nintendo’s cuddliest green hero, Yoshi.
Like the original Yoshi’s Island, this one has its fair share of snow-based levels to traverse. You’ll go skiing, melt ice, roll snowballs, gulp penguins, and engage in more dino festivities in the game’s later half. Of course, it’s not a challenging game by any measurement, so you’re likely to arrive at the winter wonderland fairly quickly.

These icy stages draw out a lot of the game’s visual charm thanks to the diversity of the obstacles and weather effects, which should leave you with a large grin and add some much-needed warmth for when the frosty weather hits. And maybe, just maybe, the soundtrack that everyone initially bemoaned will leave you feeling cheerful and sentimental this time of the year.