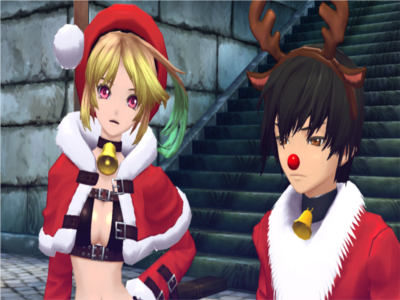 There is a long history in Christmas in counting down the days from the first of December to the big day – after all, who hasn’t had an Advent Calendar at some point?
So we’re celebrating the silly season with a countdown of our own. One game that has been released this year that makes for the perfect Christmas game, each day, all the way down to Christmas Eve.
You can see previous games on our own little Advent Calendar on the side of the site. Just click on any date that has passed and you’ll be redirected (don’t get too excited and jump ahead though – the current page will simply reload). Hopefully it keeps you and your family in the good times for the whole of the best time of year.
Happy gaming!
The 24 Games Of Christmas
Day #17: Tales of Xillia 2 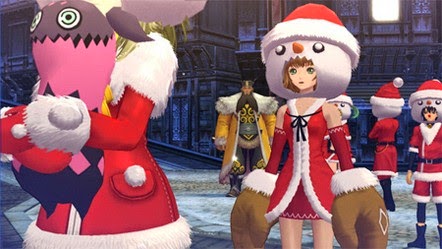 Everyone loves the Santa cosplay that every licensed character in the world takes up this time of year, surely. But why indulge only in the light-hearted shenanigans of Dead or Alive’s femme fatales and Hatsune Miku’s considerable cuteness when you could slap on some comedy to a more serious narrative in the form of Tales of Xillia 2? Whip out that old DLC pack and go to town like a rotund man on a mission.
I’m sure this will tarnish the impact of the story for some if you’re playing for the first time, but that will only contribute to the hilarity. Granted, the game does has its share of humour in trademark Tales fashion anyway, but if you can take solemn death scenes or the words of any character clad in the furry armour of Saint Nicholas with a modicum of sincerity, well, you’re more accomplished a human being than I.
If subtlety is your friend, of course, you could always just throw on some earmuffs for a bit of wintry style and just enjoy what is one of the more interesting takes on the Tales formula in recent years. Bah humbug, spoilsport.
Share this