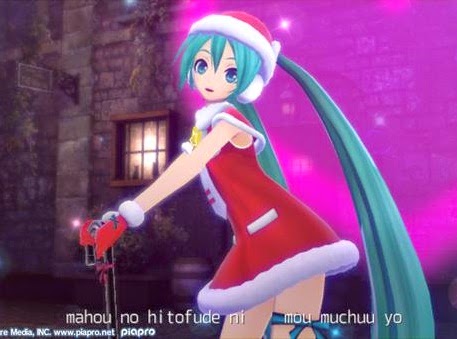 This week brought us plenty of DLC to get us in the Christmas spirit, with new Santa-themed costumes for two very different games. In one corner we have Dead or Alive 5 Ultimate, with its second seasonal costume set following a bunch of wacky costumes a year or so ago. In the other we have the recently released Hatsune Miku: Project Diva f 2nd and some festive costumes to each of that oddball cast.

Neither set is exactly cheap – you’re looking at $Aus26.95 for the Dead or Alive 5 Costume set, and $Aus11.95 for the Miku set. Those sets include a new costume for each character, and if you’d rather only buy one or two costume they’ll only set you back approximately $3 or $2 for each individual costume respectively. So the big question is, are these costumes worth it?

I think so in both cases. But I do say that with the disclaimer that I must have already purchased $150 or so in Dead or Alive costumes already. 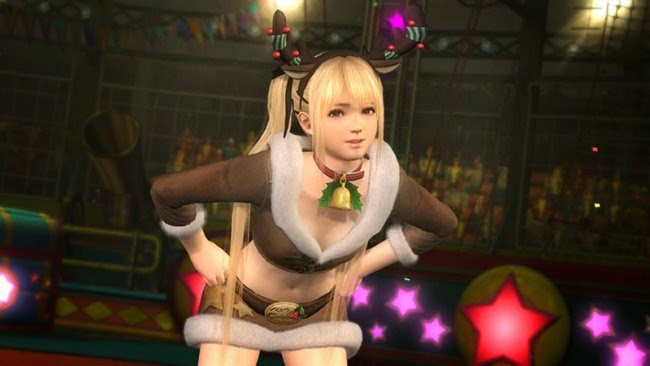 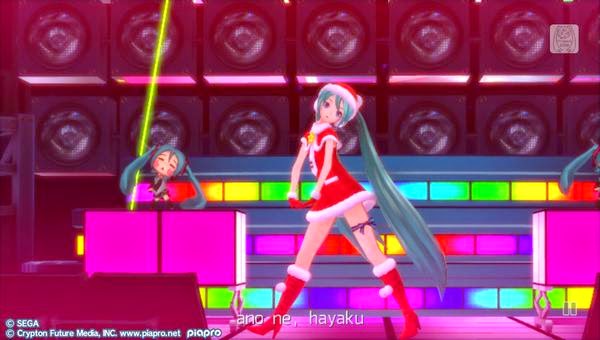 It’s a simple reality that with both of these games a big part of the appeal is the fact that the characters are attractive. The gameplay of both is perfectly entertaining, but people continue to play them (and pay for them) because they become attached to the design of the characters, and from there being given the ability to dress them up in fun costumes is a plus.

With Dead or Alive 5 Ultimate’s new costumes, they sit much more on the side of being sexy than we saw with the first lot of Christmas DLC. The first time around each of the costumes were more traditional red dresses, and were almost conservative enough that you might see them at a shopping mall being worn by the “Santa’s helpers” people for the inevitable Santa display. They were short, strapless one piece mini skirts, sure, but by Dead or Alive standards that was positively normal human clothing.

This time around it’s all kinds of bared stomachs and even shorter skirts. Some costumes are literally strategically placed ribbons… and nothing else. I’ve been wondering when Team Ninja would do away with the pretense and finally release a nudity “costume,” and we seem to be getting ever closer to that. Perhaps that’s something to look forward to with the PlayStation 4’s Last Round port. As you can see below, the developers also took the opportunity to poke fun at the male characters with their DLC costumes. 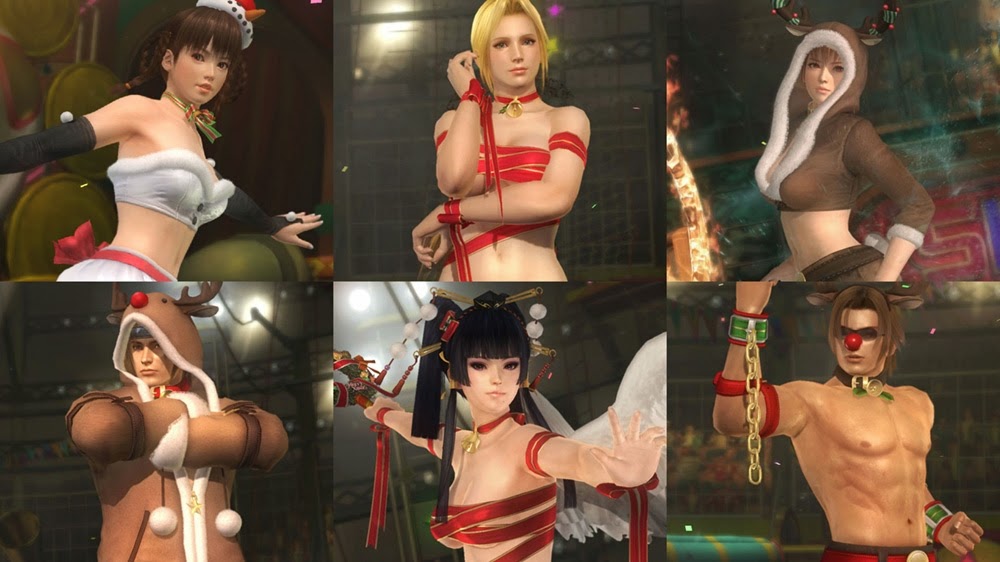 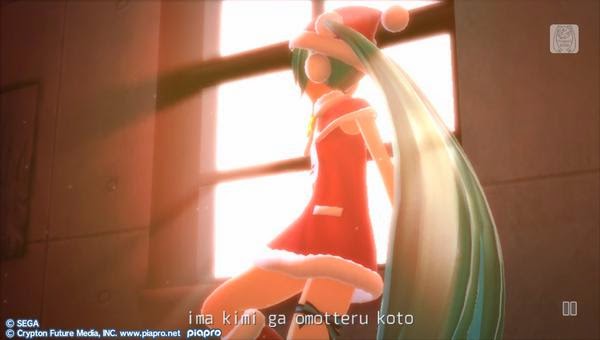 Never fear, those of you that buy these costumes for DoA 5 Ultimate on the PS3 – the costumes will be transferable to Last Round if you do decide to make the upgrade once that version releases.

Related reading: Why I’ve developed an addiction for Hatsune Miku

Over with Hatsune Miku, the star of this costume set is, of course, Miku’s herself. Sporting a stylish little red coat and Christmas hat, Miku has a cute little green garter on her left leg, just to give the whole costume a dash of fanservice as she dances around. Seriously, that garter is completely arbitrarily thrown in for that costume, but my lord does it turn it into something that would be adorably cute and innocent into something quite sexy… and again I find myself highlighting that SEGA has this odd relationship with Miku games in that they seem to both want to fill them with fanservice, and then keep them completely wholesome. It’s odd, but then again that applies to the Miku culture in general, I find.

The other vocaloids have more standard Christmas get-ups, and these are generally less interesting, though it is hilarious to hear the always-serious dude, Kaito, belting out his soulful ballads while dressed as Santa would look after a decade or so of hard dieting. There’s also one particular video where three of the characters play sword fights, and when they’re all dressed in Santa costumes it almost looks a little like a territory brawl between Yakuza Santas. An awesome game concept if ever there was one. 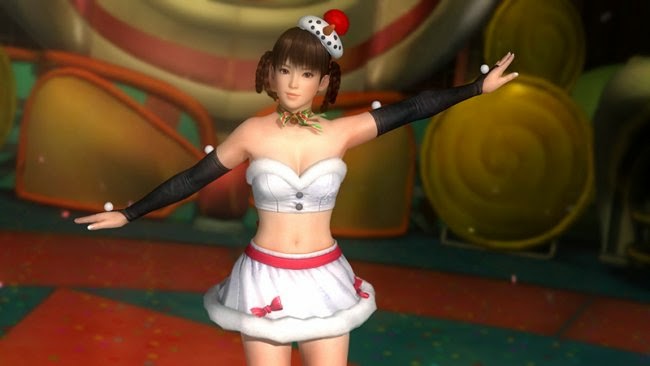 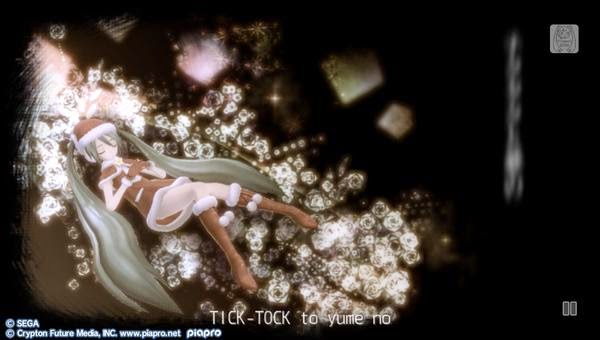 These costumes are very much in the Christmas spirit, but it’s disappointing that there isn’t a single DLC Christmas track to go with it – I would have thought that would be a perfect opportunity for SEGA to really create the Christmas spirit – I’m sure there’s a Miku rendition of Jingle Bells out there somewhere.

Related reading: For proof that Miku games are more than just an excuse for dressup, Project Diva f 2nd won the DDNet award for best game music in 2014

Again, whether these kinds of DLC appeal to you will depend greatly on whether you’re enough of a fan of the respective games to actually get a kick out of playing dress up with the characters. But clearly there are a lot of people out there who are, since if there were not Koei Tecmo wouldn’t have, over the last couple of years, released something like 300 DLC costumes, with more to come. I can’t imagine that Miku would be any less popular with her respective fans.