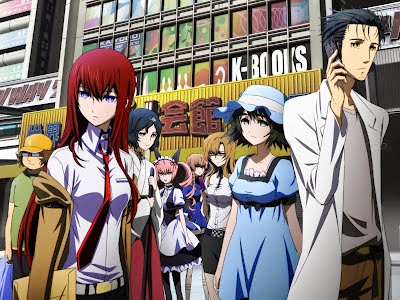 Visual novels haven’t historically been the hottest of commodities beyond Japanese shores, but between Steam’s rapidly growing library and recent console releases like Danganronpa 2, Xblaze Code: Embryo and Phoenix Wright Trilogy, now is a rather reliable time for English-speakers to be fans of the genre.

The world of interactive text-scrolling is about to heat up even more, however. Publisher PQube announced today that Steins;Gate is not just heading to PlayStation Vita and PlayStation 3 in English; it’s doing so in both North America and Europe.

Steins;Gate has been made available on a number of platforms for several years now, including Xbox 360 and PSP, but it was only officially translated as recently as this year. There are certainly worse choices when it comes to ports as well. Often lumped in with the finest visual novels around (not to mention the equally acclaimed anime series), it’s a respected work of science fiction and a rare tale of time travel that isn’t totally hokey.

Related: See Danganronpa for an example of the medium done justice

It remains to be seen whether PQube will opt for a physical set or a safer digital-only release, but you can expect to hear more details before the game’s release in 2015.