This holiday season has given me a chance to go back and play some games that I missed the first time around. The Phoenix Wright titles have always been interesting, but just never quite made their way onto my ‘must play’ list. However, the opportunity to see what they are all about with the neatly packaged Phoenix Wright: Ace Attorney Trilogy was too good to pass up, and I am glad I had a chance to sit down and understand just what all of the fuss was about.

Throughout the entire package there is a biting humour throughout that underlies a lot of very serious themes. Phoenix Wright is a hotshot attorney who is ready to take on the world. However, his sense of justice is tempered by a lack of experience where Phoenix finds himself learning the ropes as he goes and combating a legal system that makes it very difficult to defend those charged with a crime. Phoenix has to overcome overwhelming odds in almost every case to not only defend his client, but try to discern just who is responsible for said crimes.

I remember reading a really good article several years ago on the root of the Phoenix Wright games  and it made me curious enough to try and better understand the differences in the legal system I am familiar with and those found in other regions. Of course, this being a video game, Phoenix Wright is far more than just a bland overview of different legal systems, but still a form of entertainment as well. In truth, the Phoenix Wright games have more in common with books than the traditional definition of a video game. Visual novels are incredibly popular over in Japan, but in other regions like North America, the genre is not nearly as well represented. 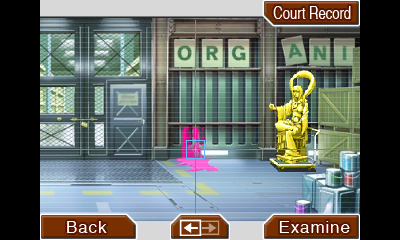 Related reading: For another great example of a visual novel, there’s always Danganronpa

There is a lot of reading to be had here, especially in the first title. This trilogy pulls together Phoenix Wright: Ace Attorney, Phoenix Wright: Ace Attorney: Justice for All and the third title is Phoenix Wright: Ace Attorney: Trials and Tribulations. The titles are very similar to one another in terms of structure, though evolution presents itself throughout all three games. The first one is the most novel-like in that it is much heavier on narrative than gameplay mechanics. In Justice for All, you can see a greater effort put into making the game interact with more commands and options for the court room. Last, but certainly not least, Trials and Tribulations takes the most chances with the story, weaving together something that is significantly different than the narrative of the first two.

It is hard to talk about the Phoenix Wright games without touching on the story, but I do not want to touch on anything that could be a spoiler either. The gameplay however, requires you spend time investigating to gather evidence and talk to witnesses at crime scenes. After this collection of information has come to a close, it is time then to argue the case in court. It is more than just presenting whatever random bits of data Phoenix has collected, but making certain to think about the different testimonies and figuring out which tangents to pursue when talking to witnesses.

Clever writing, plenty of dark humour and some memorable characters (one-time friend and regular opponent Miles Edgeworth stands out as one of the most interesting) provide plenty to dig into, even if you probably would only ever play through these titles once or twice each. It is great to have them all presented into one tidy package, but I do question if the impact is as strong for those who have played the titles before. 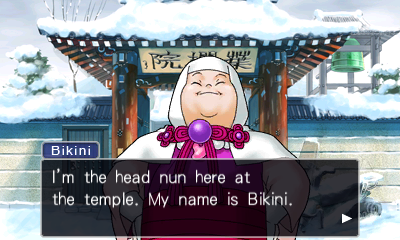 While this version involves updated graphics (there is not much animation to be had here, but the resolution uptick and 3D effects do make for a clean presentation) and there is an option to play the game in English or Japanese, there are not notable changes to the gameplay. This is basically the same set of games that released on the DS originally, just a reissuing of prior content. That does not take anything away from the overall experience, which outside of a handful of slightly frustrating puzzles that might require a bit more trial and error than I would have liked, still provides a lot of quality content.

As someone who has been interested in the Phoenix Wright series for years but never taken the plunge until now, it would be hard not to recommend this title to someone just like myself. I hope to see more titles like this make their way outside of Japan. There is absolutely something to be said for a slower paced, cerebral experience that put an emphasis on excellent writing and a player who has to pay attention to the storyline as it progresses. This seems like the type of title that would have been a potentially risky endeavour when it was first brought over to North America, but now Phoenix Wright is one of the most recognised DS properties out there. It would be great to see more like it.

Disgaea 5: Alliance of Vengeance arriving and ready to deal massive damage in fall of 2015