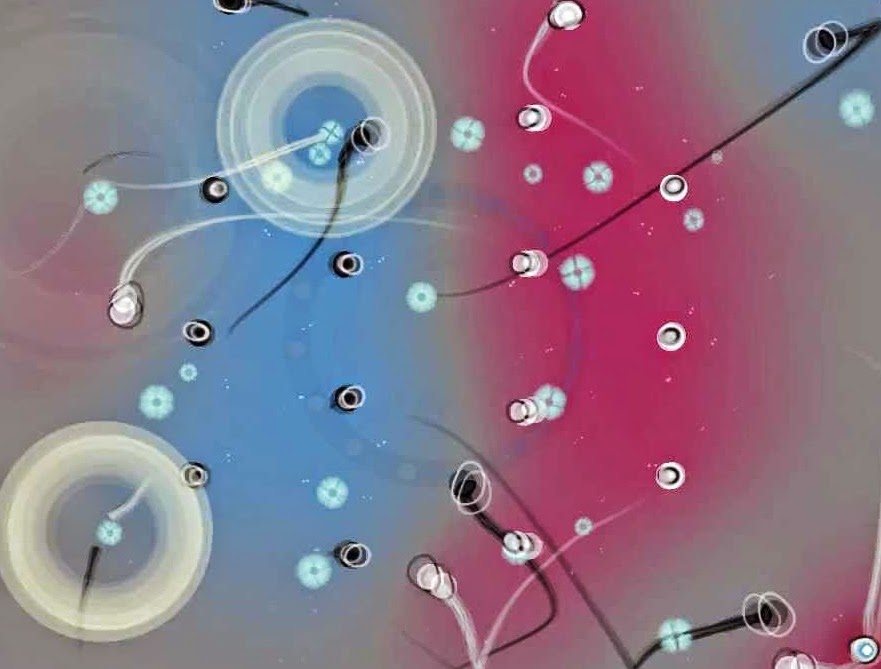 Particulars is a sub-atomic particle physics themed action-puzzle game. Developed by Aussie indie outfit SeeThrough Studios and partially funded by ScreenNSW, Particulars combines traditional puzzle gameplay with a plot-driven structure and a firm grounding in real world scientific concepts. The player takes the role of Alison, a researcher, as she conducts a variety of experiments expressed through short levels.

The game is played with either the arrow keys or a gamepad, and the player controls a single particle which can change throughout the course of the game. Each level is played out in a small field and it’s the player’s job to manipulate the quarks and other particles around them to achieve the goal condition. Some levels will task you with creating certain particle assemblies, others with survival and others with orchestrating explosions. The goals are varied and are designed to be brief, although the game’s complexity ramps up rapidly. A key draw to the gameplay is the wide variety of particles and the different ways they interact with each other – memorising these patterns are the key to success. 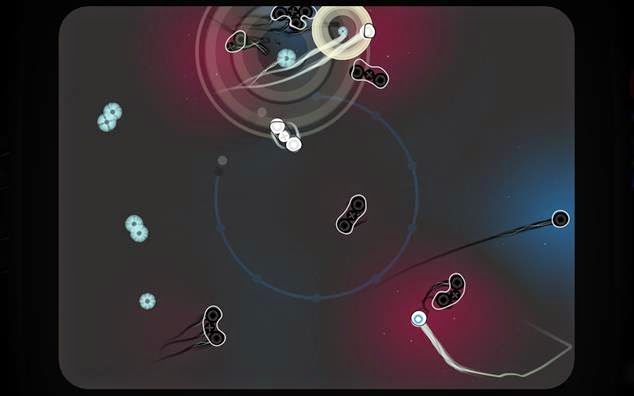 The extent to which the game is researched is also very well commendable. The game’s tutorial also houses a “Particlepedia”, which explains the polarity, behaviour and reactivity of each type of particle and discusses how its in game mechanics reflect real life science. There are creative liberties taken for the sake of making a fun game, but these are all addressed in the instructions. I’m by no means a physicist and until today “quark” was just another funny sounding word, but I left feeling like I learned something new in playing Particulars.

These design choices very effectively makes playing Particulars feel like conducting actual scientific research. The somewhat loose controls means that you will make mistakes to simulate random error, and each victory feels like a landmark discovery. The game also seamlessly integrates tutorials and gameplay together in the fashion that Portal does – some levels will task you to discover a mechanic or particle property on your own before testing your understanding of it in a later scenario. The plot further elaborates on the theme by discussing the difficulties associated with scientific research, particularly the communication barriers between you and others outside the scientific community, as well as the fine line between passion and obsession.

The game aims to tell a cohesive and engaging story through the use of both soundbites and hand drawn cutscenes. The voice acting in the game is a mixed bag – Alison’s voice is very emotive and human, which is a bonus since she’s the one you’ll be listening to for the majority of the game. The others range from believable to slightly embarrassing, and they all are delivered with a strong Australian accent. The cutscenes on the other hand are effective and exhibit a vibrant art style. Unfortunately, the story structure tends to be lacking. Particulars tells a non-linear, minimalistic story with some assembly required (or an IKEA story, if you will), which dabbles between moments of genuine human interaction and plotlines which veer into daytime soap opera territory. Subtlety and melodrama are both powerful tools by themselves, but combined they annihilate each other like up and down quarks. 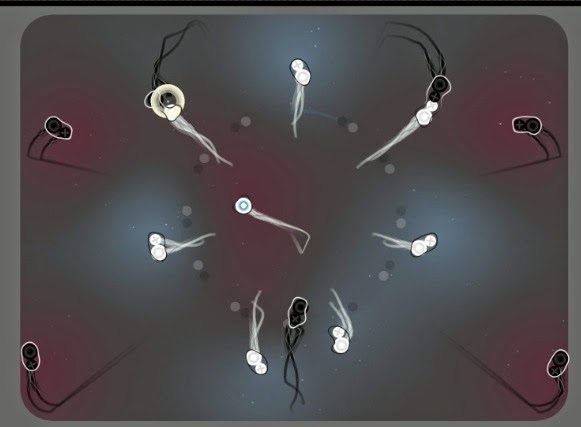 My biggest gripe with Particulars though is the harsh difficulty towards the end of the game. The mechanics and scientific grounding create a naturally steep difficulty curve which can be incredibly testing. The developers have posted notes illustrating the amount of thought they have put into the game’s difficulty, but even with all options considered there are design choices which will frustrate players. In the later levels, there are a huge amount of different particles, each with behaviours that players will need to memorise – the game does provide a diagram in the pause menu but even then I found myself taking notes to figure out exactly what I had to do, and this is a game where touching the wrong particle makes everything explode. After planning there was the execution, which also proved difficult since some particles behaved so erratically that levels will be failed on accident (I’m looking at you, neutrinos).

Level progression is tied to plot progression, which really hurts the flow of the game. There can be as much as ten minutes between each quote and an hour between each cutscene, and that in that time it’s easy to lose grip on the overarching plot. Rather than tempting the player to abuse the level skip function, Particulars would have been more effective had the later few chapters been adapted into post-game challenge levels.

Particulars is a game by smart people for smart people. It holds many instances of clever design choices that both entertain and educate, although its complex subject matter might leave some players in the dust. SeeThrough Studios have clearly made the game they wanted to make, with deep research which shines through clever integration with gameplay mechanics. The steep learning curve though makes Particulars hard to recommend to anyone who is scared off by the idea of a game which all-but requires comprehension of theoretical physics.