It has been far too long since we have been accompanied on a puzzle adventure by a harrowing, sometimes crazy, omniscient narrator. Stealth Inc 2 is brought to us by Curve Digital, and is exclusive to the Wii U. There is a simple premise behind the gameplay: you play as a clone, who must travel through a deadly labyrinth of puzzles, 2D platformer style, to rescue your fellow clones. I never played the original game, but it was quite clear the developer has been heavily influenced by the character GLaDOS from the Portal games, based on the way that the narrator works.

But if a narrator was the only thing going for Stealth Inc 2, it wouldn’t be this good. One of the most interesting things that emerged from my time playing A Game of Clones was how often the game encouraged you to experiment and try different strategies to overcome its stiff challenge level. At no point were you ever penalised for leading your clone to death. There’s no game over screen, no lost resources or times, nothing. Your character is simply sent back to a checkpoint, which are very forgiving in their spacing, and the time at which they passed the checkpoint. This means the failure doesn’t even affect your end level results; you look at your end time, a respectable few minutes, but you know you easily spent twice that trying to complete the level. In doing this Curve Digital has crafted a very clever mechanic to make the player feel good about completing the level. They may failed a million times in the process, but they get to feel accomplished by looking at their respectable time at the end. 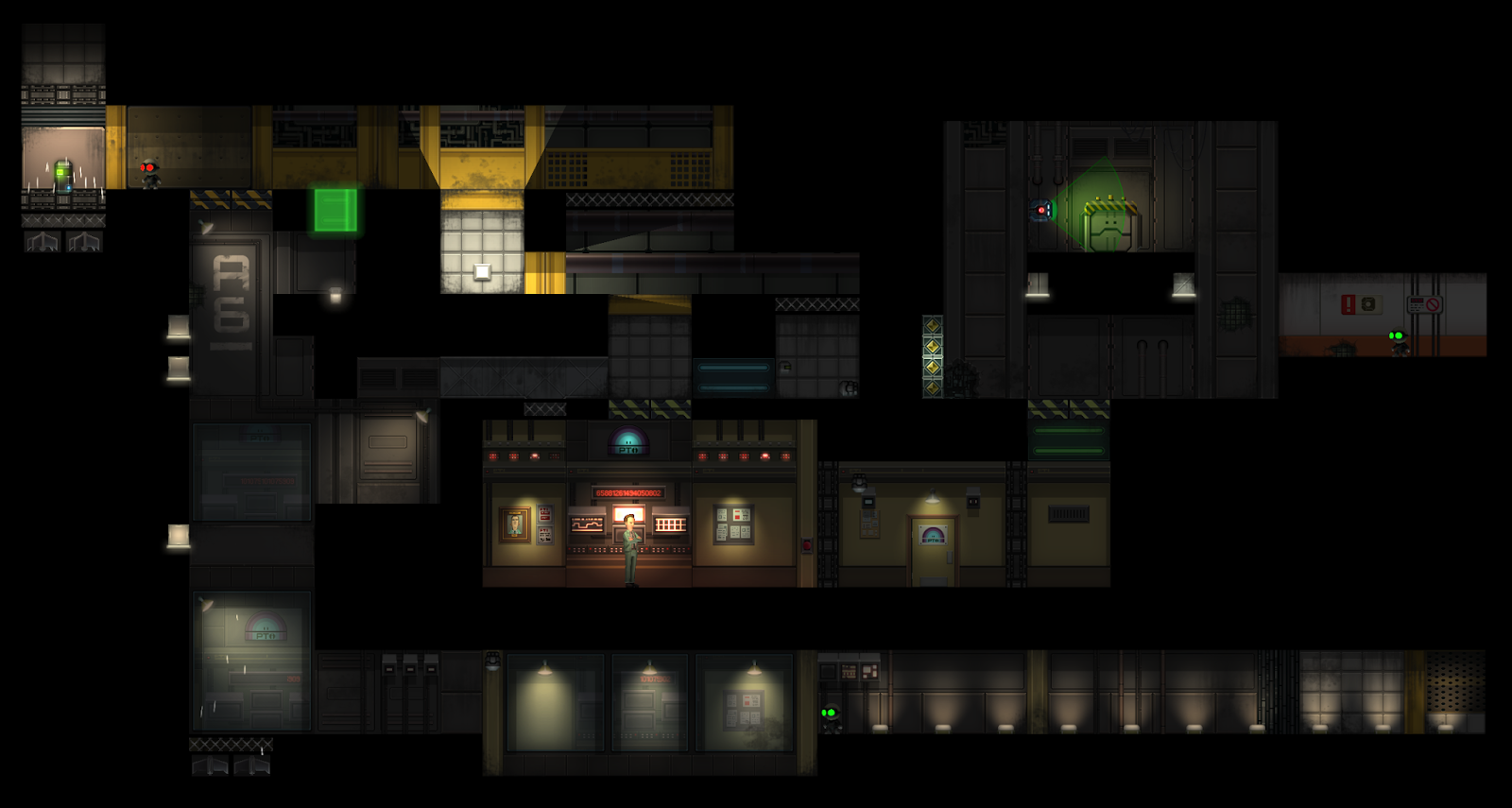 While playing, I was reduced to Super Meat Boy-levels of rage on some occasions, but in reality I would happily endure the thousand deaths to continue playing the high-quality levels that have been put into Stealth Inc 2. There were times I felt that there was no way I’d be able to finish a level and would in my last ditch effort try something random, only to come across the solution to the level that way. And then, after cursing myself for missing such a solution right away, I would immediately jump into the next level like a masochist.

The level design is all focused around, as the title would suggest, stealth. Early levels focus on teaching the mechanics of the game. You are safe in the shadows, but getting to the shadows is often easier said than done. For a game that wants to demand precision from its players, this stealth mechanic is not helped by the controls, which a little too floaty for their own good. It’s not that much of an issue if the controls do cause the occasional failure because as I mentioned earlier death is never a punishment, but it will nonetheless irritate some.

Helping you on your quest are items that are both good fun and versatile. For example, take the blow up doll. You can throw it quite far, but then by pressing a button it inflates in size and becomes a weight that can destroy enemy robots. It also becomes a jump pad when inflated. The game’s puzzles are designed cleverly, so you’ll need to use items like the blow up doll quite creatively. A little like Metroid, these gadgets also allow you to access previously unreachable parts of the facility, resulting in a fair bit of backtracking to collect unlock able outfits and hats. I never felt like the added exploration was tacked on, because it was so much fun to explore the world. 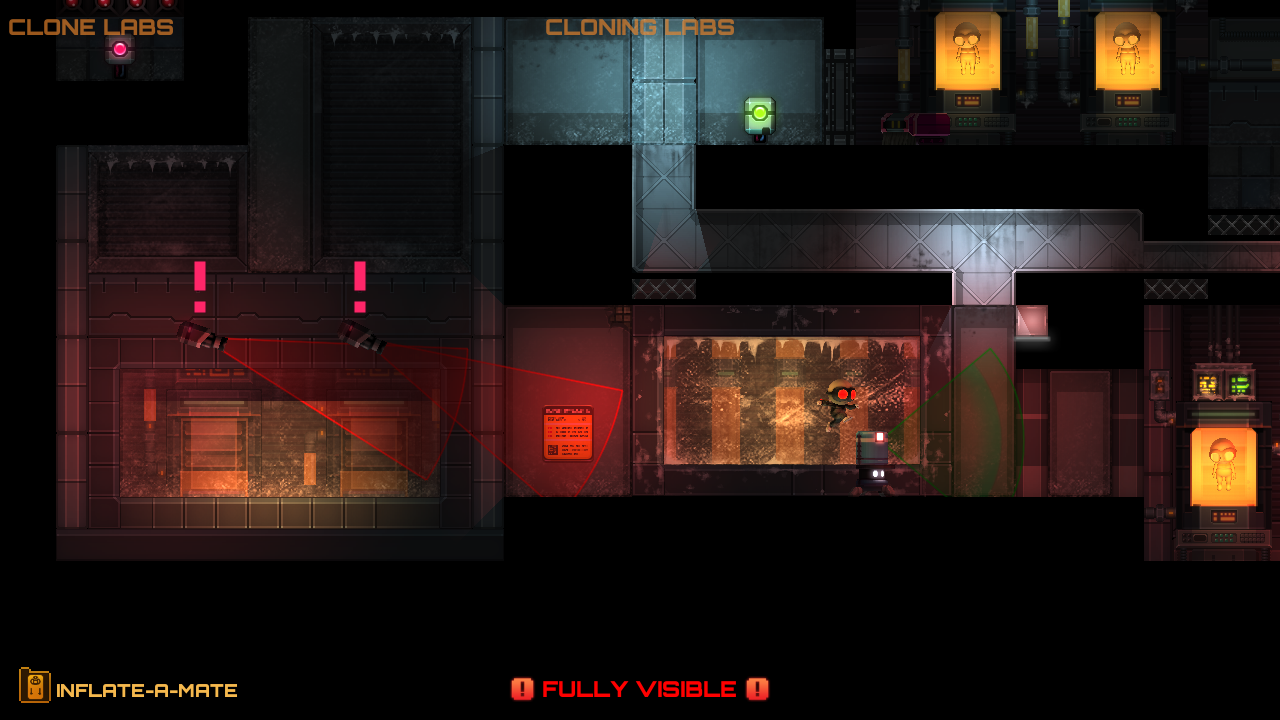 By far the best part about Stealth Inc 2 is its presentation. There’s never a moment where you’re completely lost thanks to clever visual cues that encourage you in the right direction. There is also a great deal of charm in the environments. There are rolling weights that you push around to activate switches, with a being trapped inside. Their eyes light up when you’re close, as if you have a new best friend, only to change to a sad look when you walk away.

In my eyes, we have a very strong contender for one of the best exclusive games in the Wii U library. It is sadly held back by minor control issues, but those issues are easy to overlook due to the sheer fun that you will get out of the gameplay.