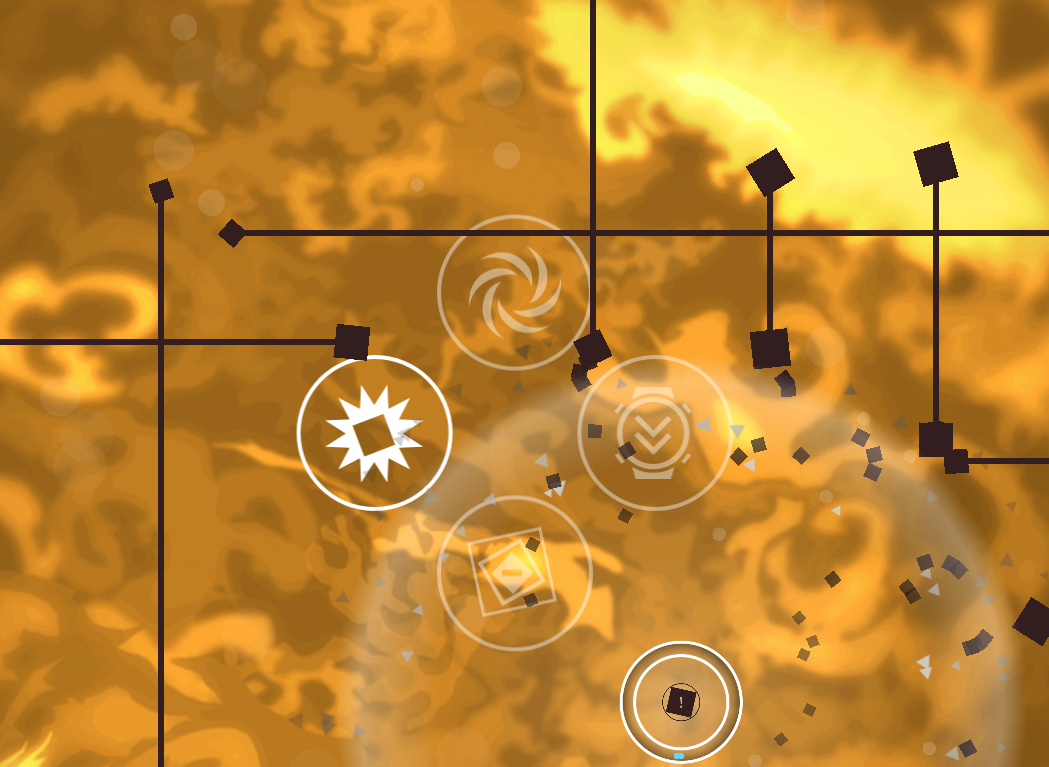 But with criticism, as with many other things in life, sometimes brevity works best. To this day I believe my most perfect review to be the one I wrote about Snake, because I was able to explain the entirety of my emotions about that game in just two words. My following review of Minutes isn’t going to be quite that short, but you’ll finish reading it before you knock off your Monday morning coffee for a change.

Minutes is a simple action arcade game, where you’ve got a minute to rack up as many points as possible on each level given a minute of time to do so (hence the title). You do this by “catching” light coloured lines that move from one side of the screen to the next with your circle “character,” while avoiding the evil black lines. 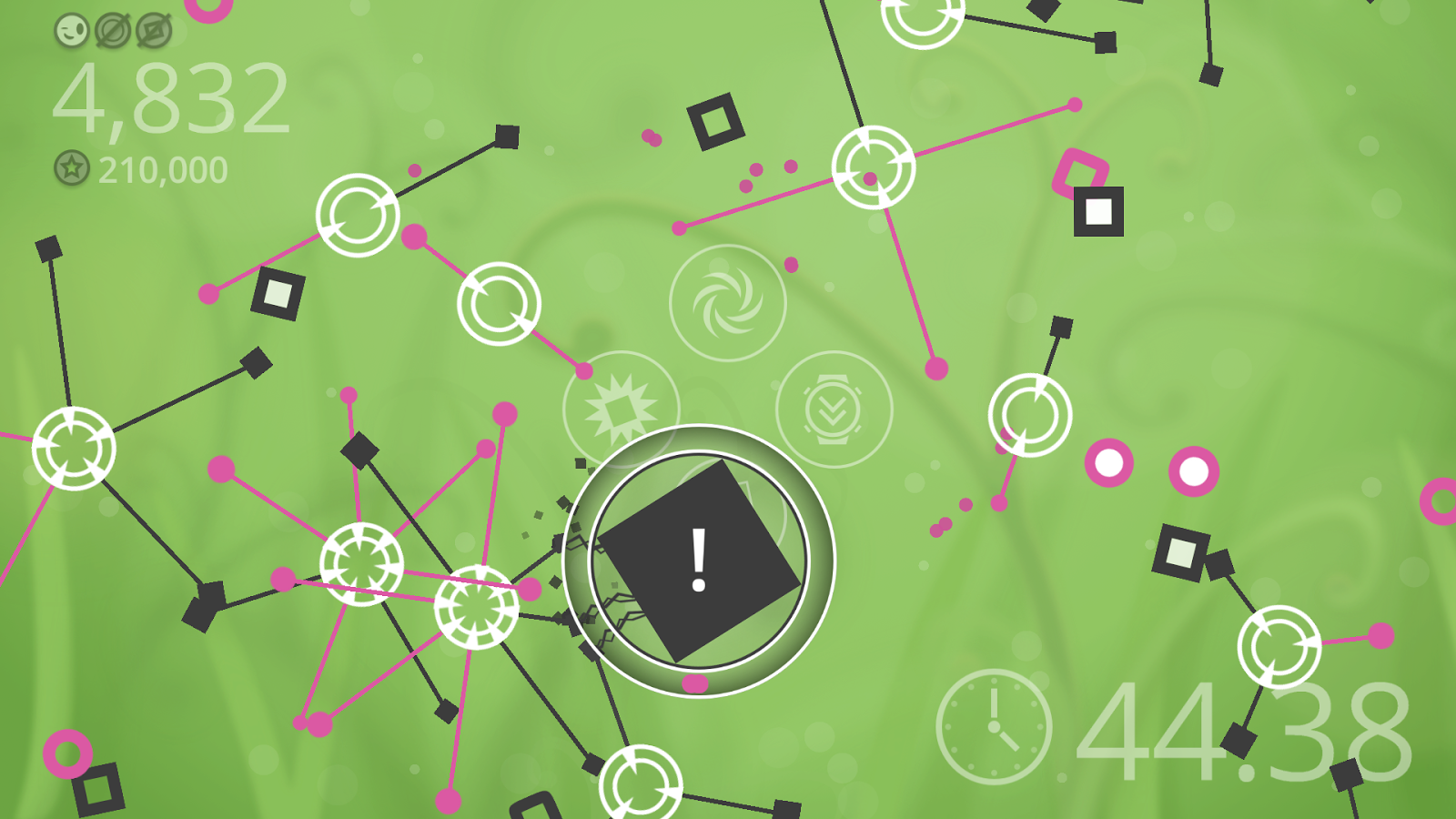 Or at least, that’s how it starts. It doesn’t take long for Minutes to ramp up the complexity. Lines become shapes, the screen becomes more packed than a bullet hell, and you’ll need to dart and weave, changing the size of your circle to get through tight spots before increasing it again to grab precious points (the larger the circle the more points you’ll nab). There are also some powerups you’ll earn to help strategise through the twitch gameplay. You will need to get really good at this game to get a top score on each level. Most people will not see the value in doing so.

There’s 60 levels built into the game, and these will take you enough time to justify the game’s cheap asking price. Then there’s a daily challenge with leaderboards and the like. You won’t want to try that daily challenge without working through most of the 60 levels though, since the difficulty of it is set very high for masterful players to compete with one another, and trying these challenges after your first hour or so with the game is both frightening and off-putting. The developer should have locked that mode away until players reach a certain level of competency, because as it stands I can see it frightening some players away. 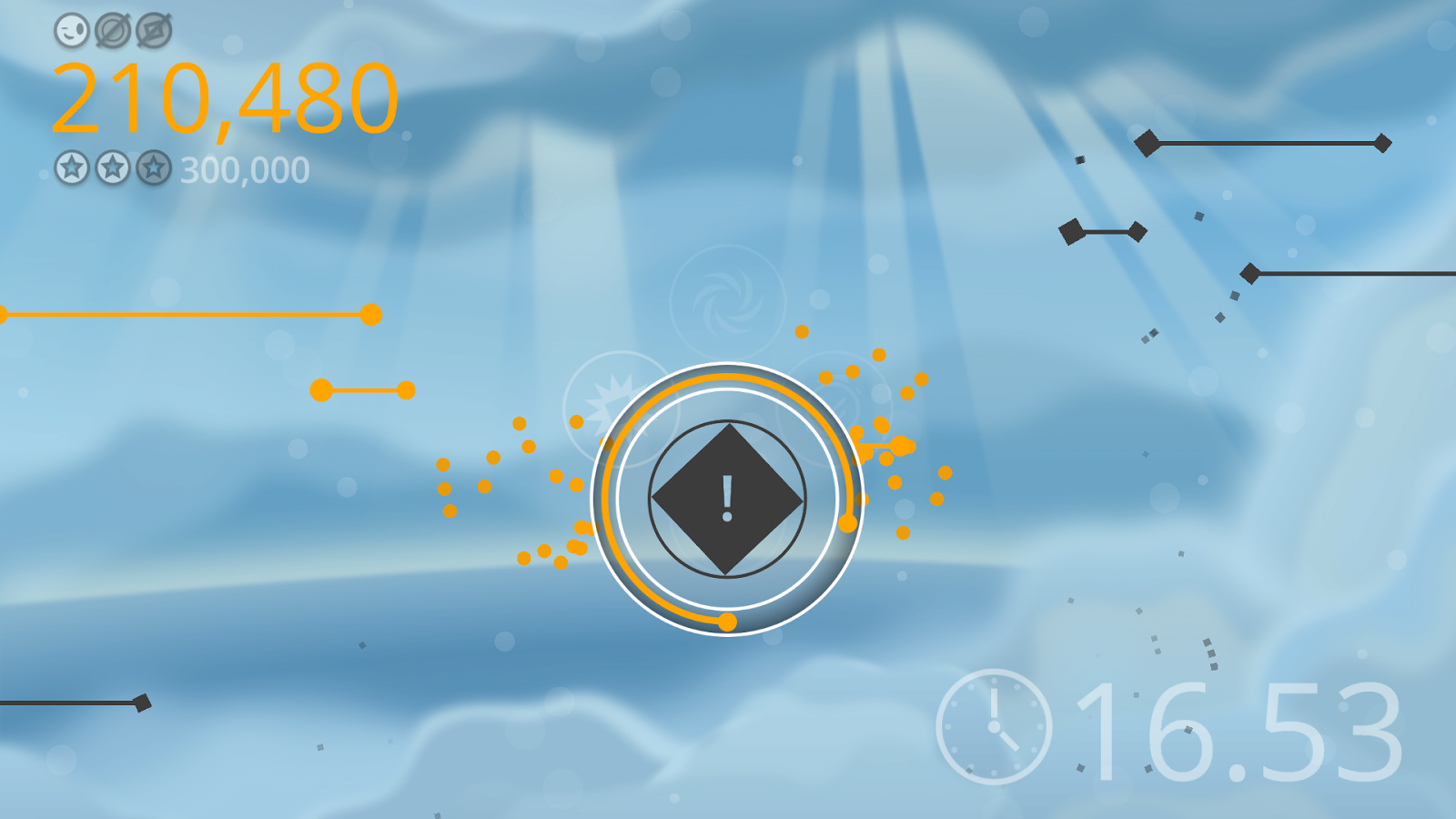 And there you go. That’s Minutes. It’s one of the best looking games on the PlayStation 4 thanks to a gorgeous minimalist aesthetic and it has got a nice, thumping soundtrack backing it up. After a couple of beers (or certain other substances) it’s the kind of game that will have you going “OMG MAAAN THIS IS ART.” It’s not really. For all the developer’s promise that this is an abstracted game (and therefore host to a deeper thesis than what you see on the surface), it’s difficult to argue that there is much depth to this game. There’s something of a narrative in there about the way that time works in the modern day – we’re all so busy that we do live minute to minute in a world filled with both beneficial and damaging distractions. It’s an intriguing concept, but the game doesn’t do anything with it.

So in the end Minutes is a simple, minimalist, but high-action arcade game. It’s an impressive, creative and enjoyable indie game, though it lacks the brilliant high thinking and narrative that went into likeminded arthouse games like Hohokum and Entwined. But if you’ve got a couple of dollars sitting on your PlayStation Network account, you’re not really going to go wrong with purchasing this.