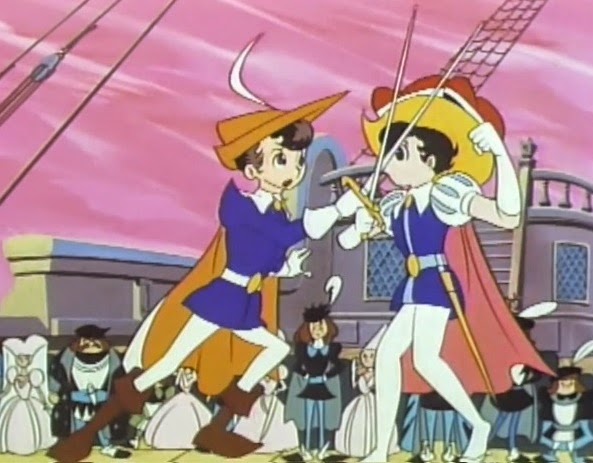 Osamu Tezuka is surely the most important man in the history of Japanese manga and anime. Heavily inspired by Walt Disney in his early years, Tezuka is best known for creating Astro Boy, but it was hardly his only hit. For instance, you may have seen Disney’s The Lion King, but you might not be aware that it was inspired by Tezuka’s Kimba The White Lion.

Princess Knight is perhaps one of Tezuka’s lesser known works these days, but it was itself a big deal back in the day. First released in Japan as a manga in 1953, it was then turned into a television series, with the first episode airing in Japan in 1967. It made its way to the west in the 70s. Taking place in an European-style medieval nation, the story stars Princess Sapphire, a young woman that needs to pretend she’s a man so that she can inherit the throne, when the laws say that only a man can do that. She is the only child of the king, who needs his people to believe his daughter is a son because his brother, Duke Duralumon, is an evil man that would take power as a despot if he was to discover he is next in line. 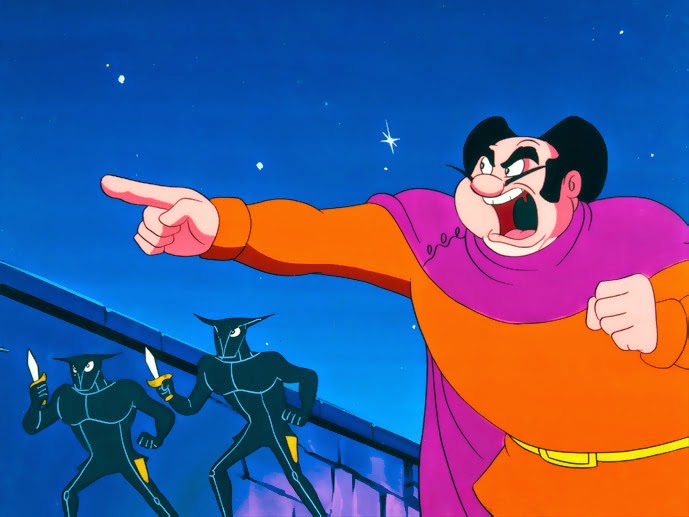 What’s most impressive about Princess Knight is that Sapphire is generally a very positive female character. She’s a swashbuckling warrior and an empowered young woman that actively resists attempts to force her into a more ‘feminine’ societal role. It’s a little disappointing that Tezuka felt the need to explain this empowerment in the context of Sappire being not a complete girl (she was given a piece of ‘boy’s heart’ from the heavens when she was being born, and it’s this side of her that grants her the ability to be a great swordswoman), but equally it’s arguable that Tezuka deliberately created both genders within Sapphire in order to deconstruct the traditional gender roles within Japanese society. And, certainly, he exhibits clear feminist ideology at other times – a nurse’s rebuke to how ridiculous it is to suggest that a woman can’t rule is a clear example of this.

I am personally more inclined to believe that Sapphire Knight is an impressively progressive approach to the way to look at gender roles in traditional storytelling. When princesses were almost universally damsels in distress and stories about knights and fantasy heroes were almost entirely pitched at young boys, the very idea of a story on the subject being written for girls is, in itself, a progressive one. This in turn inclines me to read the rest of the anime as being an extension of the same feminism that led Tezuka to create this character in the first place. It might not always perfectly consistent in its message, but I think the message itself is sound and noble.

The animation does look much more like Tezuka’s western influences than anything resembling modern anime. Characters have that same early Disney style that is both wonderfully nostalgic and beautifully drawn. The music and voice dub (there weren’t subtitles back then) are as quaint to match. Watching this it would be difficult to see where modern anime actually came from and while its age has meant that some of the scenes have degraded badly and so the transfer quality is patchy across the 52 episodes, but the art style remains beautiful throughout. 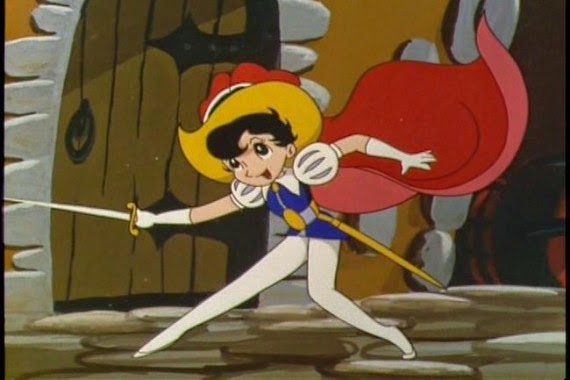 It’s fascinating to watch an anime of this age and compare it to modern anime. One of the most noticeable things that have changes over the years (other than the obvious such as the art style) is the pacing. While Princess Knight might be 52 episodes in length, if this were a modern anime the would have squashed as much content into half as many episodes. There’s a more deliberate pacing to old cartoons like this one, and in many ways that makes it much easier to watch.

As with any modern re-release of an old work of film or television, Princess Knight is going to appeal far more to people who are either students of the form, or are old enough to remember when this kind of entertainment was modern. The package itself is gorgeous, with the episodes spread across multiple DVDs, and the publishers were even able to find a handful of special features to throw in for fans to get really excited for. Princess Knight is a masterpiece of storytelling and one of the great works by one of the greatest anime and manga artists that we’ve ever seen. For this reason alone, it’s a must-have purchase for anyone who is an anime fan.