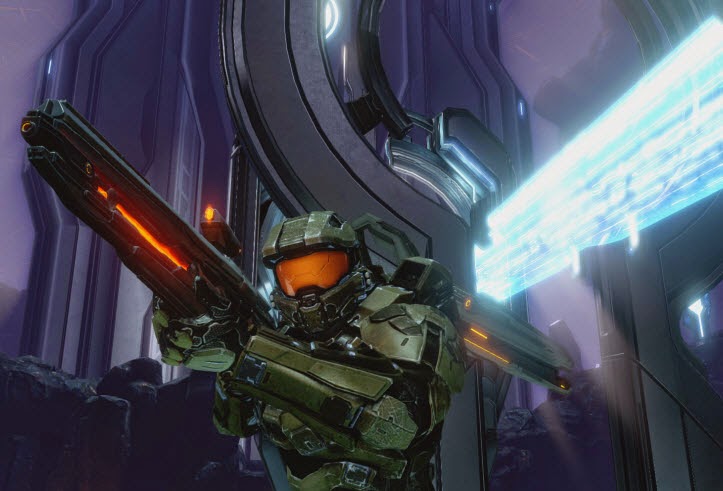 The FPS genre is one that quite frequently is accused of lacking innovation. Case in point: Call of Duty and its yearly releases. Like a sports title, incremental changes might toss some variety into the formula, but the core game sees very little change.

That being said, Halo is a series that has had greater periods between releases, and is generally well regarded for pushing the boundaries of its genre. Halo: The Master Chief Collection brings back these four core titles, all with some visual updates and multiplayer tweaks that create a package so overwhelming with raw content that many may be considered the ultimate FPS experience.

I came to Halo late. I did not have an Xbox. That was a particularly money strapped period of my life where I was late even getting to the PlayStation 2. I would sometimes play Halo over at a friend’s place, but that was generally multiplayer and I never really got a sense for how ahead of its time the first couple of games were nor gained much exposure to the storyline. 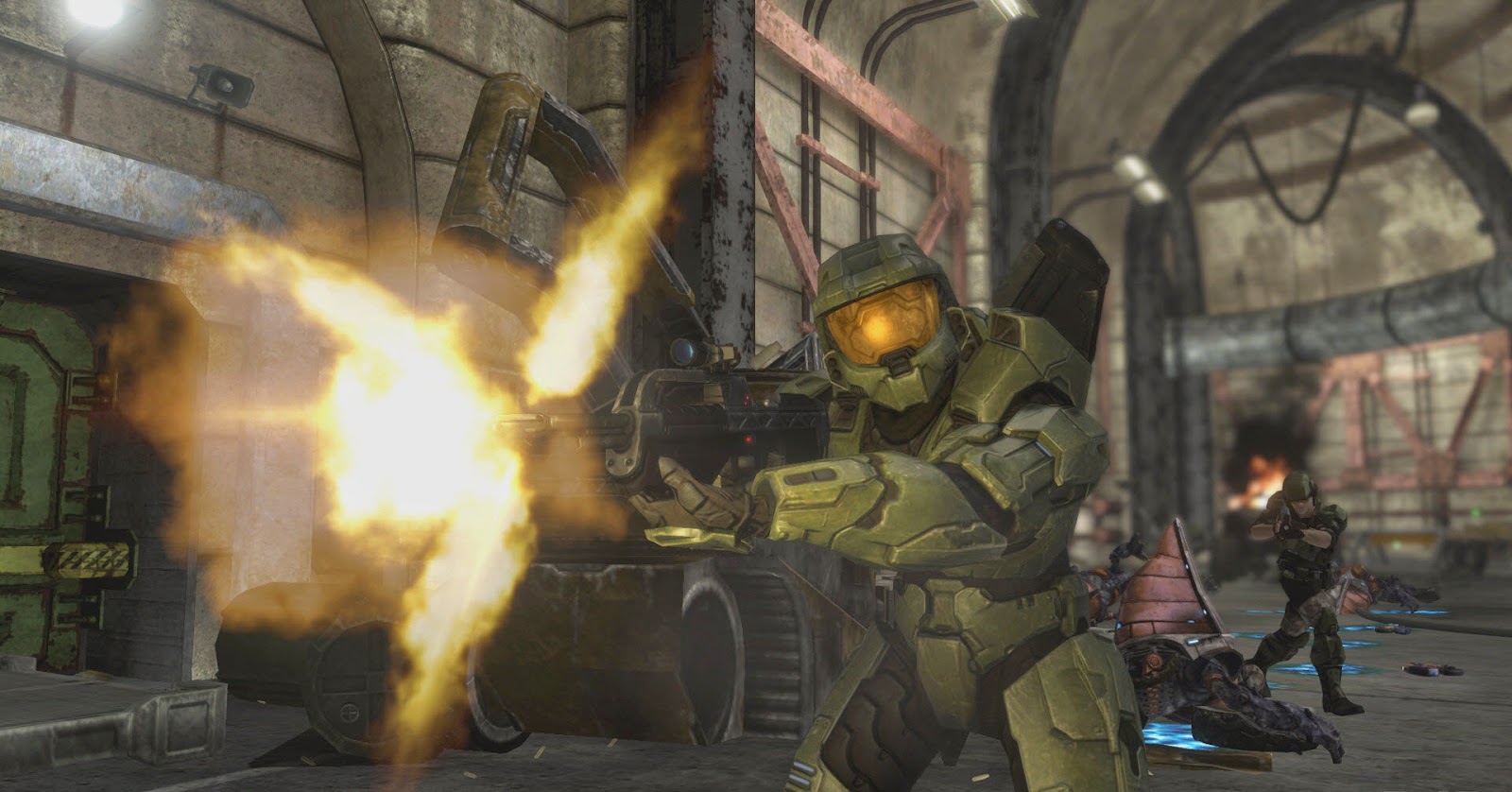 My first experience with Halo in a single-player format was actually Reach (which from a chronological standpoint worked out well). I enjoyed the game a great deal, which was why I was excited to pick up Halo: Combat Evolved Anniversary when it came out for the Xbox 360. I played through it and enjoyed the story and was surprised at how well the design held up so many years later. I was then deliberated between what to play next. Halo 2 would still work in my Xbox 360, and help with the story’s continuity. Then for whatever reason, I just never got around to following through with that goal.

After having had a chance to spend a good deal of time with the newly released Master Chief Collection, I have to say that I am actually quite glad that I waited. The FPS genre is one that I enjoy – especially with my son when there are cooperative modes. He and I had an absolute blast together playing these games and that experience alone is one that is going to make this collection of games memorable for me. I am not coming into this collection with the amount of nostalgia that a lot of other gamers likely are, but I believe that helps to prove how incredibly impactful the Halo series has proven to be.

Even without the rosy glasses of nostalgia to impact my experience, I found the games to be incredibly enjoyable. Perhaps most striking to me is that given how old the original two Halo games are, they hold up amazingly well still today. Certainly FPS games have become more polished and lessons have been learned since then, but Bungie was clearly ahead of everyone else back when it first designed these games. 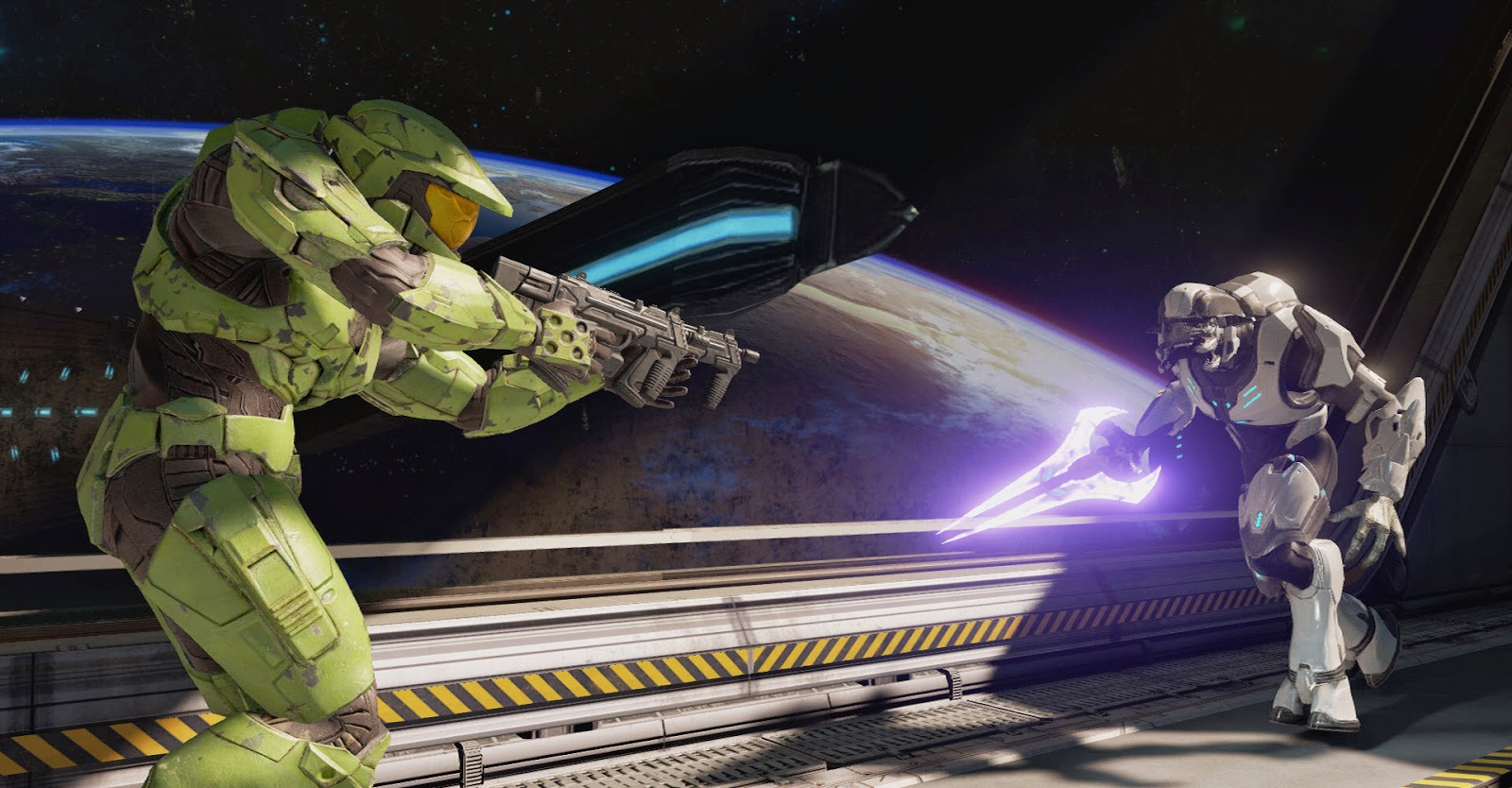 Aside from the cooperative experience and the massive amount of online options for competitive multiplayer (the number of maps is absolutely staggering at over 100 and the mode variety is quite extensive), Halo’s single-player also feels compelling. So many shooters nowadays tack on a single player mode just because they have to. Titanfall went one step further and completely skipped it. Yet the story of Halo grows with each release and the world feels incredibly fleshed out. This is a far cry from the disappointing narrative that Bungie’s follow up, Destiny, fumbled through. Having a chance to play through these titles in rapid succession was absolutely the best way to take in the story, because details were fresh and my connections to the characters and their struggles carried over from one title to the next. While some felt that Halo 4 was the weakest story of series to date, it was still more compelling than what most other shooters bring the table.

The single-player modes also have a bit more meat to them than a lot of the other titles out there. I can usually complete a Call of Duty or Battlefield single-player mode in a few hours or so – no more than an afternoon. The Halo titles ring in at about double that, each.

The visuals are certainly worth taking note of here for two reasons. One, the updated graphics certainly do dress up the game from what we had seen in the past. In Halo: Combat Evolved I was frequently pressing the button that would let me swap between the old visuals and the updated ones. In some cases, entire zones look completely different. For me the most notable change was in a zone about two-thirds of the way through the game. When looking at the original graphics, it was a desolate swamp. Trees were brown and barren and the ground was a muddy, texture-less mass. The modern visuals were much livelier. 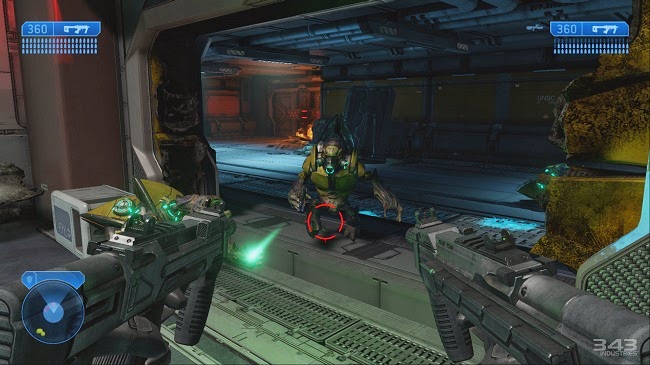 Halo is often a spectacular example of how visual design (not to mention the pulsing, drum heavy music that is often both beautiful and subtly sad at the same time) can really help add to a game’s narrative. Master Chief was at the forefront to a number of changes in the FPS genre, but his often lonely journey really resonated with me as I progressed through the titles.