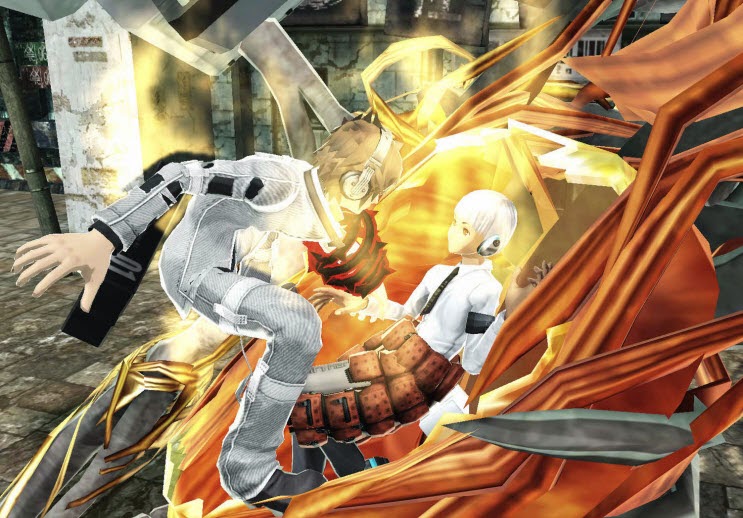 Welcome to a futuristic world, where being born is a crime. Sometimes speaking is a crime. At other times not speaking is also a crime. What do these crimes amount to? Having your punishment further extended. You are born a sinner, because your very existence is a drain on the resources of your society. There are only two classes of people – sinners and citizens. Sinners must atone for their existence and their choices that are deemed a drain on society. Only once they have atoned can they be citizens. The going cost of being born? One million years of imprisonment.

The premise is actually quite fascinating. The only way to chisel away at that penalty is by engaging in a war and fighting for your panopticon so that resources can be gathered for their citizens. This theme of resource gathering shows up because in this very distant future, resources are beyond scarce. That’s why it’s a crime to simply be born – in doing so you are inadvertently risking the health and cohesion of the society around you. This serves as the backbone for the mission-based gameplay that Freedom Wars has to offer. 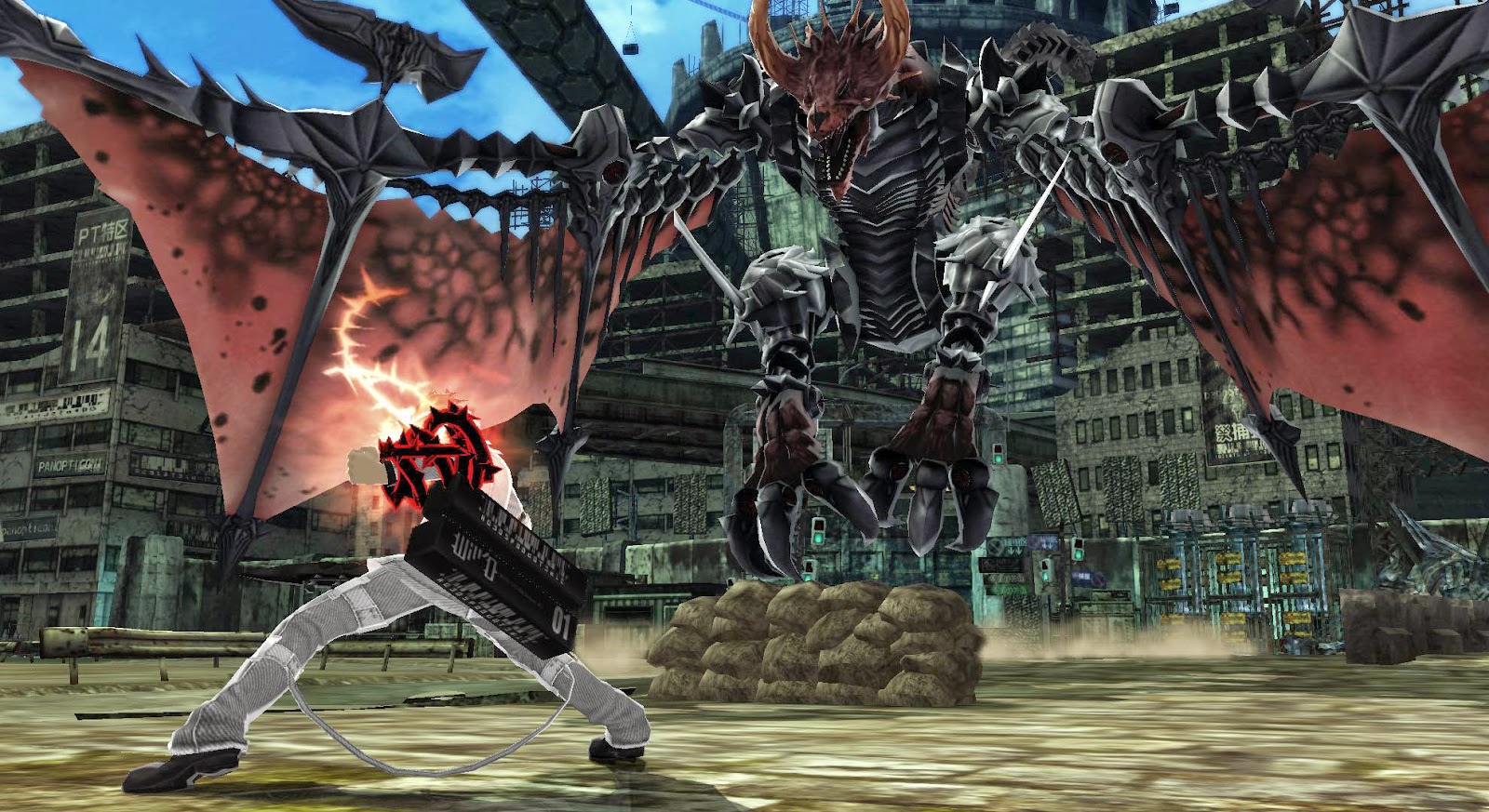 In this society where someone always seems to know what someone else is doing, which means that people behave as though and indiscretions, no matter how private, will be seen and punished. This is a play on the concept and philosophy of the panotpicon prison; a concept designed by Jeremy Bentham that states that argues that the assumption that you’re being watched by the institutional forces is as powerful in moderating behaviour as actual surveillance. The social structures of Freedom Wars very much works like Bentham’s panopticon prison; between missions your character resides in a tiny room that affords little privacy. There is a strange, watery window that occupies most of one of the walls. It always feels as though you are being watched even if you’re not sure if you are being watched at any given moment in time.

Within this structure there are other parallels to the dystopian story Nineteen Eighty-Four (Orwell found the panipticon a fascinating concept when applied to the wider world), and generally speaking there is the makings for a brilliant narrative. Unfortunately in Freedom Wars the developers do tend to take things too far and lose much of the story’s impact by how being silly with how overtly despotic the society is (such as being penalised one million years because I was hurt and lost my memory). On the plus side, the narrative is at least consistent, and over time the extreme penalties start to make sense. Ultimately Freedom Wars asks interesting question about whether or not personal liberty should be placed above the health of society. It’s just a pity that you’ll need to overcome the initial impression that the narrative is too silly for its own good.

Whittling away your sentence can be an exhausting job, but not just because of the ludicrous number of hours you are assigned right off of the bat. It is the rate at which the sentence is reduced that leads to a pacing problem (completing the narrative takes around two dozen hours. At that time I still had over 750,000 hours of my sentence left). That is one of the issues. I do not have a problem with grinding in a video game – in fact I usually enjoy it. There is a tangible reward at the end that makes the repetition worth it. Usually this reward comes in the form of levels or useful items. Here there are some milestones along the way, but the rewards are so inconsequential and the pacing so out of tune with the game’s story that what starts as the driving force for your character’s actions means very little by the end of the game. It would help if your actions had more of an impact on the world or society around you, but outside of a handful of personal interactions along the way, your character’s victories really do not seem to matter that much in the grand scheme of things. 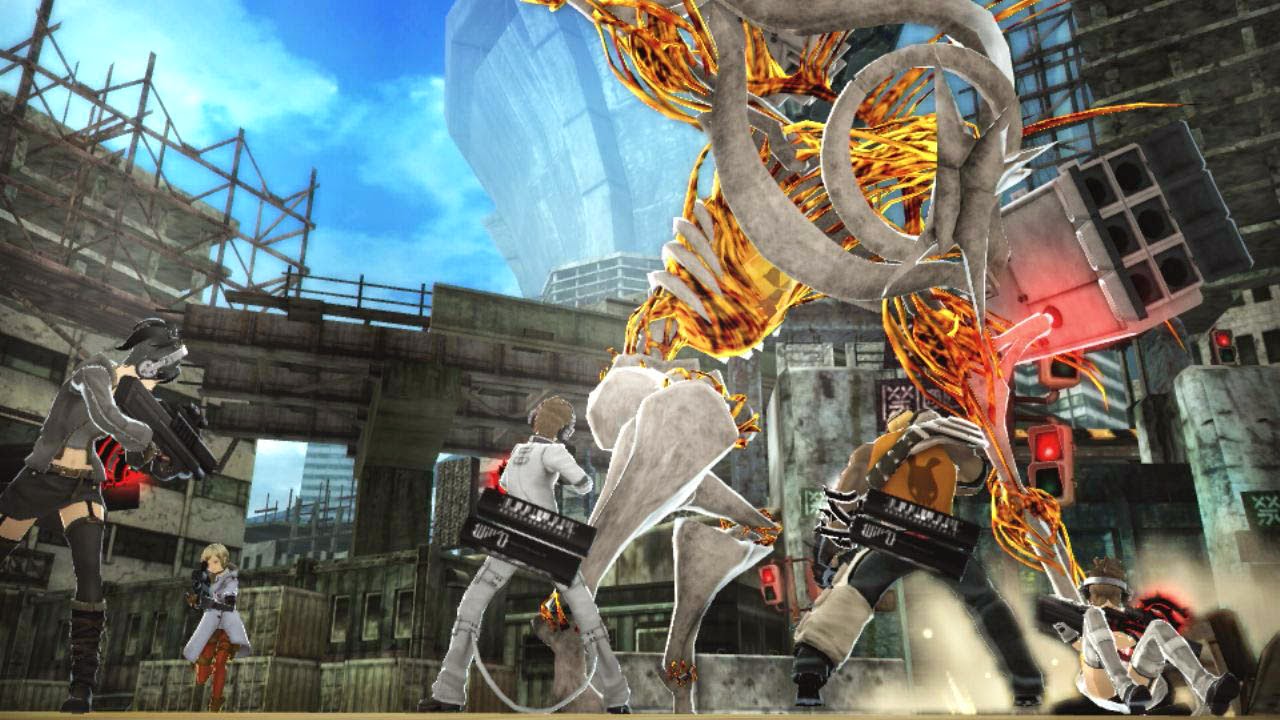 While the concept of the panopticon should feel unfair (because it is… it was always designed as a tool for crushing the spirit of individuality within a person), there are times where, in the context of a game, it’s difficult to stomach. For example at times my character was punished for sleeping… when there is no other course of action open to him or her at that time. These punishments are not terribly severe – usually only amounting in five or ten year chunks, but they often made me roll my eyes at the arbitrary punishments (if the Vita had seen me, I am pretty sure I would have been sentenced to fifteen more years).

It is a shame that the storyline winds up feeling as though it goes nowhere, because the idea behind it had a great deal of potential. I am all for some good dialogue and backstory, but the walls of text really do not by default create an interesting tale or deep interaction with other characters, and Freedom Wars isn’t written with the same quality of a game like Danganronpa. There are a handful of excellent interactions I will not spoil, but they are too far and few between and like the story feel as though a amount of narrative potential was left on the table.

Looking at the game itself, plays well. The combat is fast-paced, and the focus on teamwork is interesting (though more fun when playing with others online than making use of the occasionally spotty AI). The best part of combat is the use of the thorn, which I could use to propel myself around the place and gave me some nice Bionic Commando flashbacks. Characters look amazing and their movements are fluid as combat rolls along at an excellent framerate. There are no technical hiccups that pull the player out of the immersion. 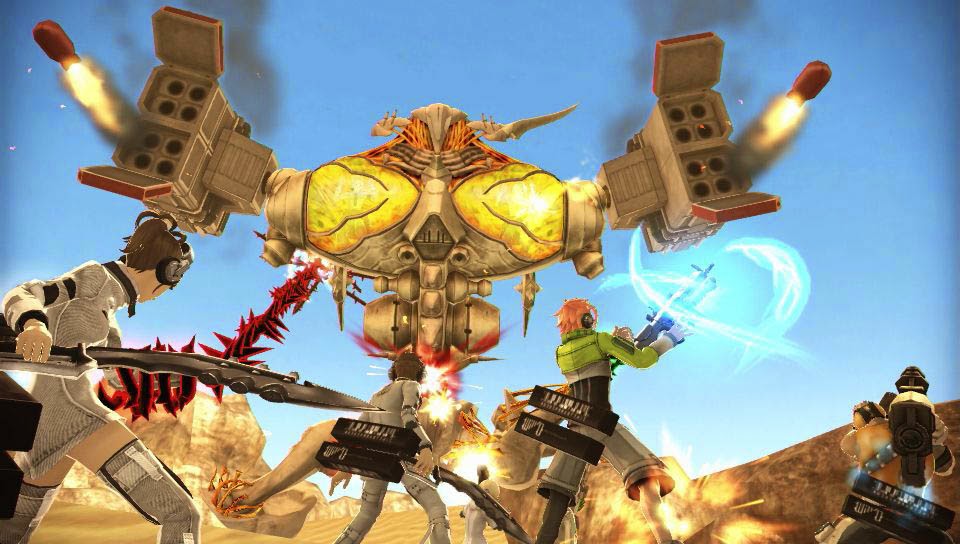 Foes come in two general flavours, with hulking beasts that are a blast to take down with a team and smaller competing Sinners that unfortunately showcase the worst in the game’s quirky and sometimes frustrating camera and aiming mechanics. Some mid-sized opponents would have upped the variety, which is another area where Freedom Wars starts strong, but loses steam after about the first dozen or so hours.

The smaller missions feel right on the Vita – at least early on. They do however, become repetitive in nature. More variety, more quests tied to a stronger narrative would have made the quests more compelling. Missions take place in attractive but heavily reused areas that are represented by a series of linked rooms. Sometimes these areas can be quite small and other times the regions are very expansive. However the general objectives do not change much after a few hours, making this (along with the desire to whittle away at your sentence) a real grind.

If I had to sum up my overall impression of Freedom Wars, it is that the game comes so very close to being an amazing experience but the gameplay doesn’t quite match with its excellent concept. There is an interesting discussion about society here and there is potential for this to become a franchise that investigates the concept further. But the developers clearly struggled to turn that concept into a compelling game.