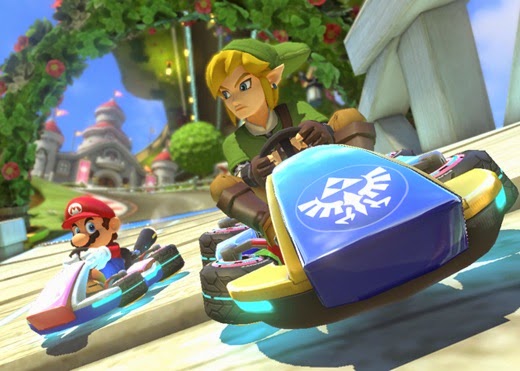 The entire DDNet team got together to test out Nintendo’s first attempt at DLC for its Mario Kart franchise. The Legend of Zelda x Mario Kart 8 pack adds new tracks and new characters into the mix. Did we enjoy it? Very much so.

Mind you, Sam and his darned Shy Guy were impossible to beat. That wasn’t much fun.

Digressions aside, for around $10 this DLC pack earns you eight new tracks spread across two new cups, and a host of new characters and customisation options. The most obvious addition that the DLC brings to the party is the Legend of Zelda track and playable Link character, so let’s start with that one.

Nintendo really went all out to make this track a classic one, and it largely succeeded. From remixing the theme songs from the Zelda series, to a level design that allows you to zip through iconic Zelda locations, right through to little touches like replacing Mario Kart’s traditional coins with rupees, this track has instantly become one of the best in the entire Mario Kart 8 package. However, the other tracks in the DLC set don’t fare as well. The rejigged version of the Super Nintendo Rainbow Road is a good one, but who thought it would be a good idea to race on the Gamecube’s useless Yoshi track again? 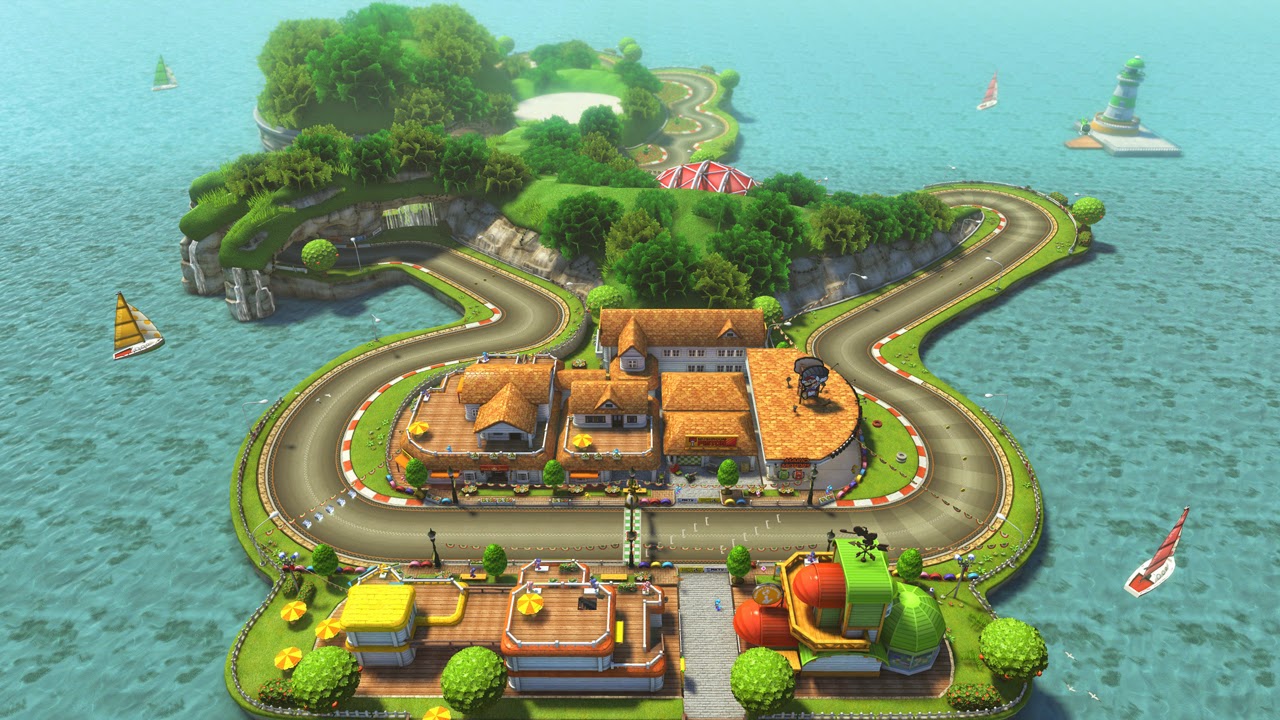 The uneven quality of the remix tracks applies to the new track design too. The Excitebike track was simple, but fun, but I felt that the F-Zero track was a bit of a dud, since it simply stands as a reminder that while F-Zero was a racing game that demands skill and precision, the wide tracks and item free-for-all in Mario Kart 8 means that the track’s theme and its gameplay don’t gel well at all. Hurry up and produce a proper F-Zero game, please, Nintendo.

The new characters are briefly fun, and it is novel to have a character drawn from outside of the Mario universe for the first time, but I think most players will go back to old favourites quickly enough. And, of course, the DLC pack does nothing to resolve our issues with the original game – this is still very much a party game first, racing game a very distant second, and the depth of gameplay is limited as a result.

Still, Mario Kart 8 is an enjoyable party game, and for the entire DDNet team to still be playing it all these months later stands as proof of its longevity. In that context, adding even more content for just $10 makes for a perfectly worthwhile purchase. And Nintendo deserves props for using DLC as an opportunity to add to an existing game package, rather than sell something that should have been in the original release in the first place. It’s a fine line to tread, but Nintendo’s showing the other publishers how DLC should be done.