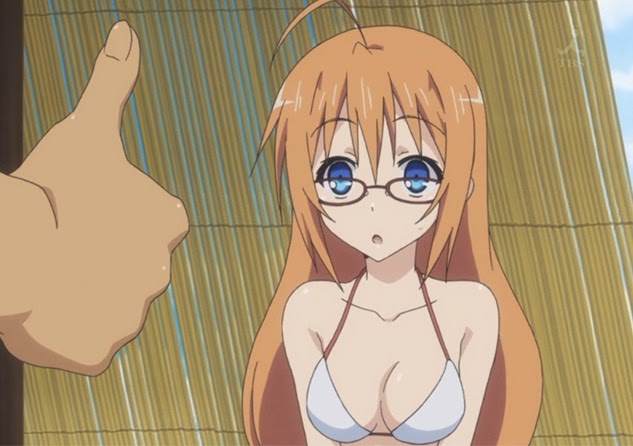 Cross dressing is literally one of the oldest tricks in a the book for people looking to bring the laughs. After all, Shakespeare himself used cross dressing to brilliant effect in Twelfth Night.

And, just as importantly, as evidenced by the fact Shakespeare did it, when done well cross dressing as a theme allows for a remarkably intelligent approach to humour. There’s a reason I studied Twelfth Night at university, after all – in addition to being fundamentally funny, the play was a genius work of theatre from the greatest playwright in the history of human kind. So, yes, cross dressing, as a theme, can be smart.

Now I’m not saying that Mayo Chiki! is of the standard of Shakespeare. It’s not even close. It’s one of those pervy harem series about a bunch of school kids, and moreover it’s one of those anime where each artist working on the team seems to be competing with his/ her co-workers to create scenes to show off as much flesh as possible without being explicit nudity. But, while it might not be Shakespeare, Mayo Chiki! it is a story about a cross dresser, and it is funny enough to be called a comedy. 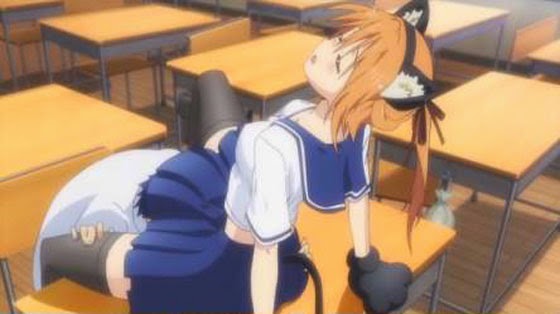 Kinjirō Sakamachi is a hopeless 17 year old loser that has such a fear of girls that the slightest contact with the fairer sex causes his nose to erupts in a fountain of blood. It’s a neat party trick, but hardly good for his social life. Then one day he accidentally discovers a secret about one of his classmates, a butler (because apparently butlers go to school as butlers in the world of Mayo Chiki!) named Subaru Konoe. Kanoe dresses as a boy because only males can be butlers, but as Sakamachi discovers, he’s actually a she. Then he finds himself embroiled in ever more complex plots to help Kanoe keep up her cross dressing gig so that she can continue to be a butler. All the while, Kanoe’s master, Kanade Suzutsuki, is a sadistic little… person, who is going out of her way to make their lives a misery.

Other characters come and go, and they’re typically girls which provides an excuse for the storytellers to hammer home just how awkward Sakamachi is around women. And I know that one of the core narrative tropes of the harem genre is to poke fun at just how hopeless men are when surrounded by beautiful women, but Sakamachi takes ‘hopeless loser’ to an entirely new extreme. We’ve seen in both the Monogatari series and My Teen Romantic Comedy SNAFU that the harem genre doesn’t need to to go to such extremes to be funny or good fun, and even anime like Date A Live manage to get through stupid sexy scenarios without turning the guy into a quivering mess, but this anime has clearly decided that subtlety is for wimps. And while you’re probably not coming to this anime for its characterisation, even by the standards of the genre Mayo Chiki!’s characterisation of its lead is hopeless.

The excess doesn’t stop with the characterisation of Sakamachi, either. There is loads of female flesh in Mayo Chiki! and some very excited simulated “camera” work from someone who is clearly a fan of the male gaze. Mayo Chiki!’s animators seems to have a special fondness for legs and short skirts. But because there’s no context to give the sexuality context – again I point to the Monogatari series – the overall experience comes across as highly exploitative, and even uncomfortable at times. 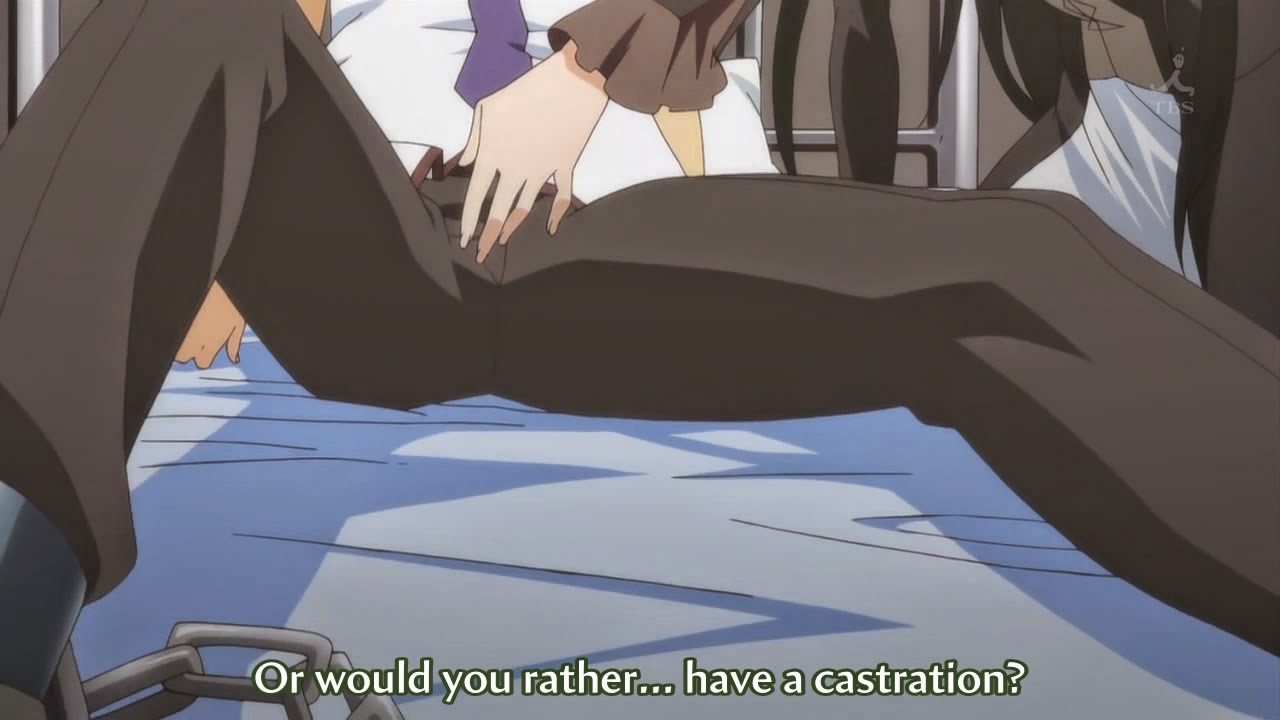 That’s not to say there isn’t a purpose to the anime itself, though. I’m not going to argue its the most intelligent anime at all time, but the underlying theme about gender roles in society is a common theme to stories about cross dressing (including in Shakespeare’s Twelfth Night), and that’s the case here too. Because Mayo Chiki! is so ridiculous it is actually quite effective in highlighting how fundamentally crazy it is that men and women work so hard to be identified as men and women in order to fit with the role that society has assigned them. With the broader political debates going on about gender and identity in society at the moment, the anime is (likely unintentionally) poignant at the moment.

And, to be brutally frank, as silly as the anime is – and despite being something I would never be caught in public watching on my laptop – I enjoyed it. I laughed as much as I groaned at its more blatant fanservice, but yes, I had a good time with Mayo Chiki!. I’ll probably even watch it a couple times more during those nights where I feel like turning the brain off and grabbing some beers.

In terms of the DVD features, there’s almost nothing to speak of. Take of that what you will, but if I’m going to have discs rather than stream digitally I do prefer packages that have extras and things to make it the ownership feel like a collector’s edition.