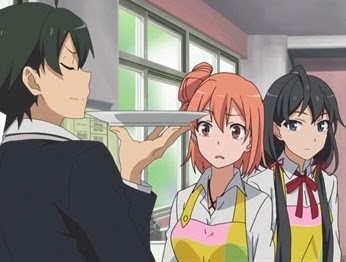 My Teen Romantic Comedy SNAFU is not really what I expected. What I expected was one of those ridiculous hypersexualised teen romance/ drama/ slice of life dealies like Photo Kano. What I got was something that was surprisingly touching and honest.

The anime follows the exploits of school kids Hachiman Hikigaya and Yukino Yukinoshita, two hopeless losers with no friends in the world. It’s easy enough to understand why Hachiman is so unpopular with his classmates – he’s socially awkward and generally quite irritating. It’s even more understandable why Yukino is an outcast. She’s incredibly attractive and although she’s hostile to everyone. Of course, it’s also obvious that Hachiman has a softer side, and Yukino is a tsundere.

The set up is familiar, sure, but it’s through the chief narrative loop that things get really interesting. Both Hachiman and Yukino belong to the school’s “Services Club,” in which they are tasked with helping their fellow students out with their challenges in life. The first student to come to them is Yui Yugahama, a girl who needs help learning how to bake cookies, and from there they help out classmates with problems in their tennis club, bullies, crushes and so on and so forth. 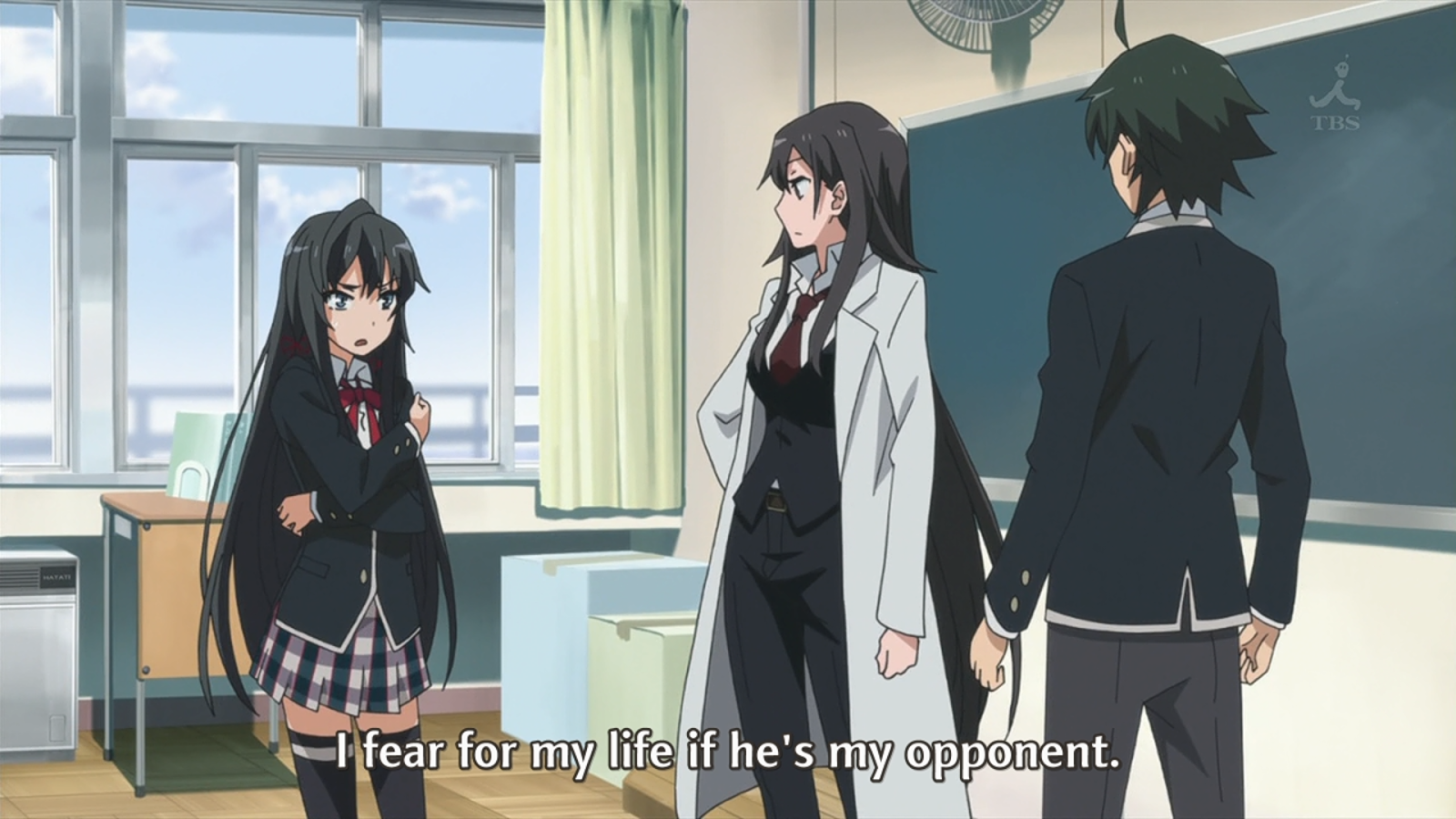 What’s most interesting about this structure is that it does allow the storytellers to cover the more human side of the character’s dilemmas. I’m fairly sure that everyone that watches this anime will relate to the issues that one of the students are going through, because they’re all common enough, but rarely do we see an anime that is so intent on demonstrating why these concerns are so important to these characters. Because they’re explicitly seeking out help to deal with the issues, the anime itself can be refreshingly honest and upfront about everything – in other words, we get to see these characters at their most vulnerable. The solutions that the team come up with are not even always perfect, but that’s the realities of life at times.

The other thing I loved about the narrative is the way that it loves to blow unimportant things up into stuff that can feel like life-and-death, as only teen drama can. It’s the end of the world if you can’t bake cookies well, or can’t hit a tennis ball. The popular people in class are to be envied and hated, and people’s identities are formed by who accepts them and who doesn’t. It’s a accurate, albeit highly exaggerated take on schoolyard politics and lifestyle.

My Teen Romantic Comedy SNAFU is a comedy, mind you, and while some of its underlying themes are worth thinking over, there’s also plenty of the kind of silliness that you would expect for a teen comedy. The show is at both its silliest and its weakest with the interaction between the two lead characters, who have personalities that never quite match up like you would hope they would. The interactions between those characters and their classmates are much more enjoyable. Especially Yui. Yiu’s adorable, and almost acts as the string that ties the roles of Hachiman and Yukino together. 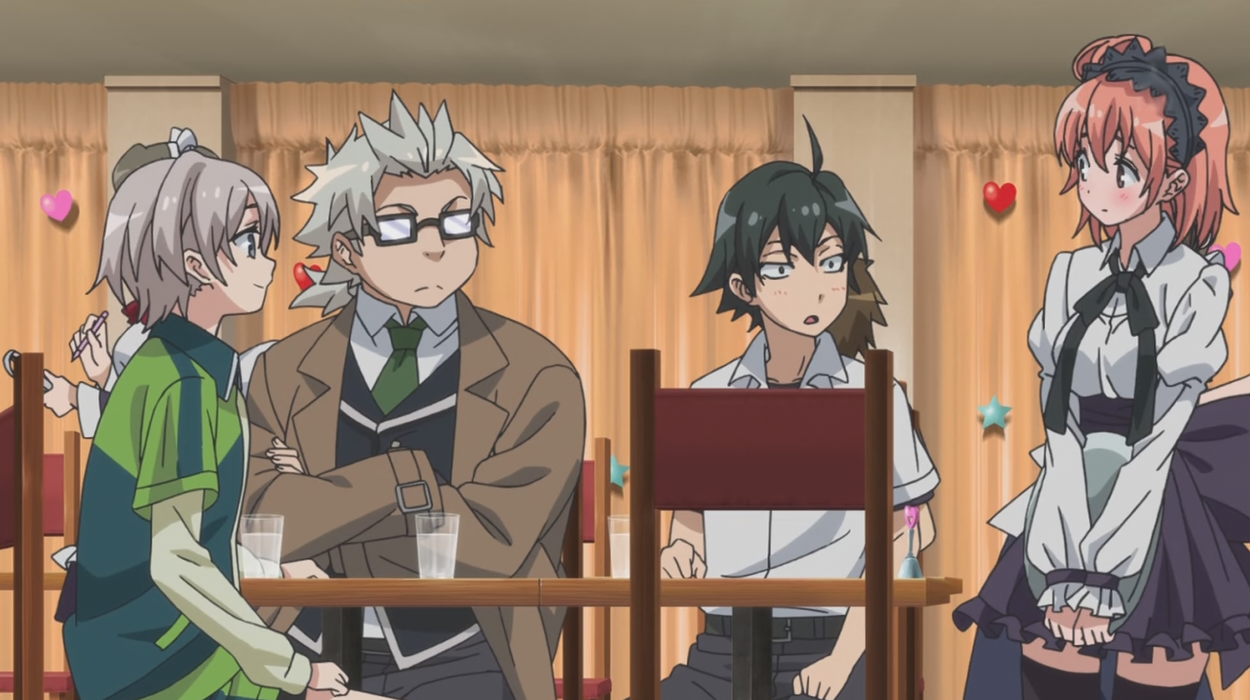 While the voice acting is on par for most halfway decent anime despite lacking any voice talent that could exactly be called iconic, the aesthetics of My Teen Romantic Comedy SNAFU are warm and pleasant. There’s nothing in here that’s going to offend anyone, either, contrary to my previous assumption on the anime’s concept. The most edgy this anime gets is a puff of wind that rustles a girl’s skirt when Hachiman notices her (not, mind you, blowing it up). By teen anime standards that’s a positively subtle way of reminding watchers where a boy’s gaze is firmly locked at that point in life.

Aside from that, My Teen Romantic Comedy SNAFU is positively innocent, and a surprisingly genuine take on the kind of experiences and emotions that people go through while at school. The only disappointment in the otherwise delightful package is the extras, which are quite disappointing.