November is traditionally the time where the biggest games of the year are released, so that they can capitalise on the all-important Christmas sales period.

This year is no different. There are so many big games being released in November that there is no possible way that you’ll be able to play them all through. So prepare to be adding to that backlog this month… but it’s OK, for the Christmas lull is just around the corner!

After something of a let down with Call of Duty: Ghosts, Activision hopes to please fans with Advanced Warfare. Advanced Warfare is the first three-year game in the franchise’s history (usually they’re completed in two years). Advanced Warfare introduces new gameplay mechanics such as boost jumps, grappling, and covert cloaking abilities. The game will also star Academy Award-winning actor Kevin Spacey, who will be Kevin Spacey, and we’re alright with that. 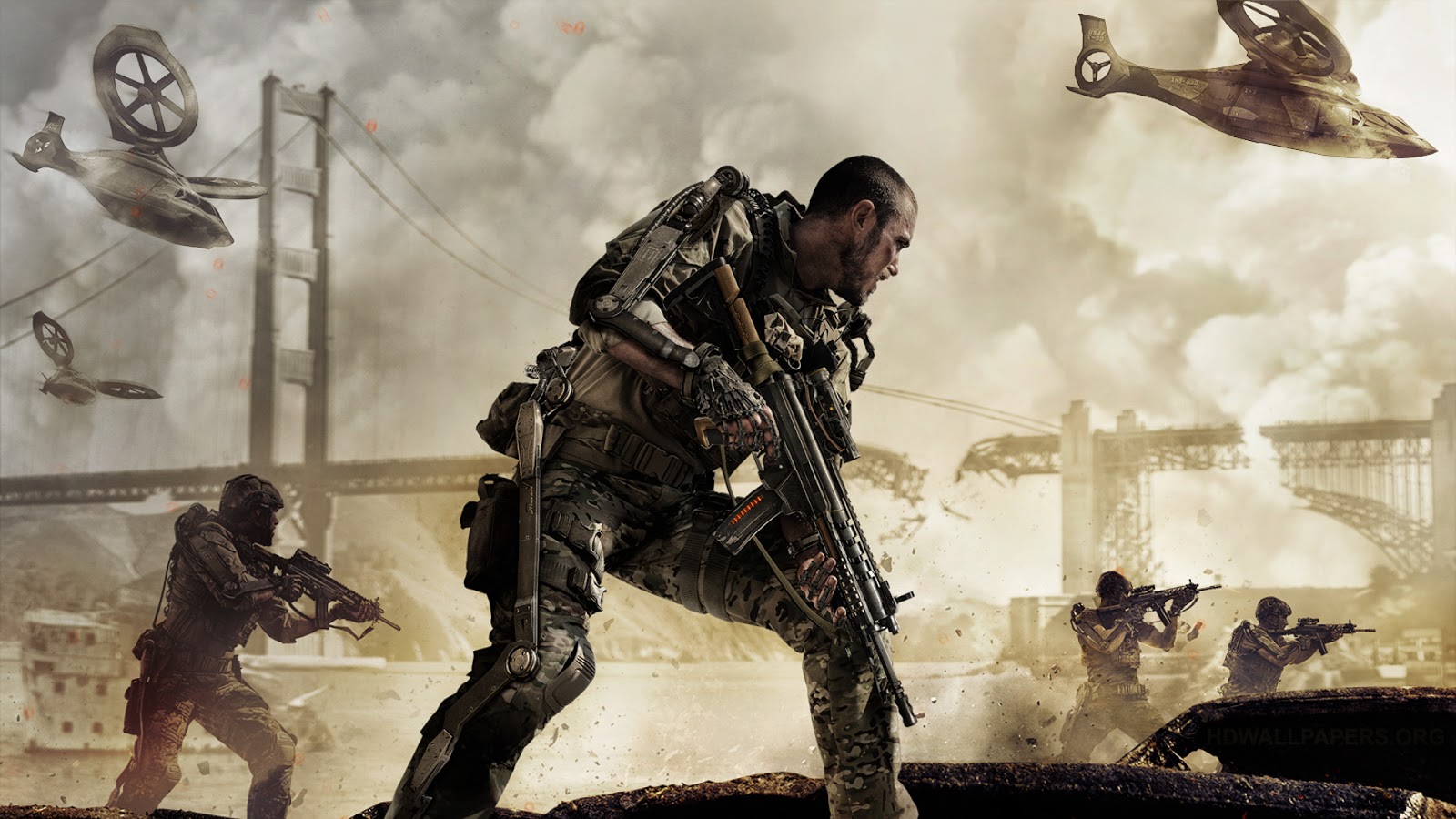 The newest Assassin’s Creed will take players back to the French Revolution in 1789, where they will play as Arno Dorian. Arno will try to expose the true powers behind the Revolution. The first Assassin’s Creed game built for next gen will include plenty of parkour, combat, and stealth gameplay. And, of course, plenty of history for the history buffs. 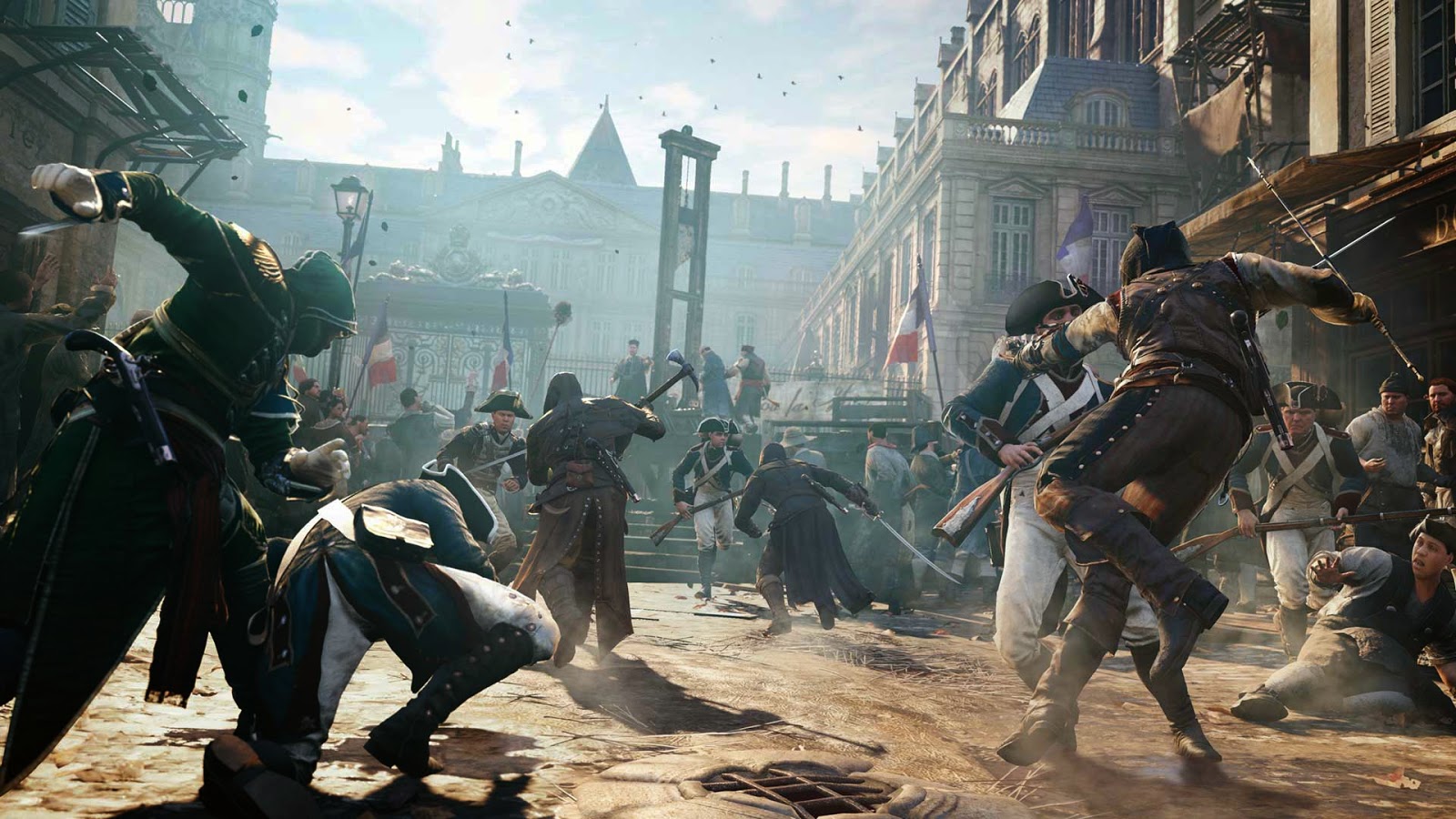 Don’t have a next gen console but still a fan of Assassin’s Creed? Don’t worry! Ubisoft has you covered with Assassin’s Creed Rogue. Rogue is set in North America in the 18th century during the French and Indian War. You will play as Shay Patrick Cormac, a member of the Assassin Brotherhood. But after a mission goes wrong Shay turns his back on the Assassins. Now wanted dead by his prior order, Shay becomes a Templar and he will become the ultimate assassin hunter. 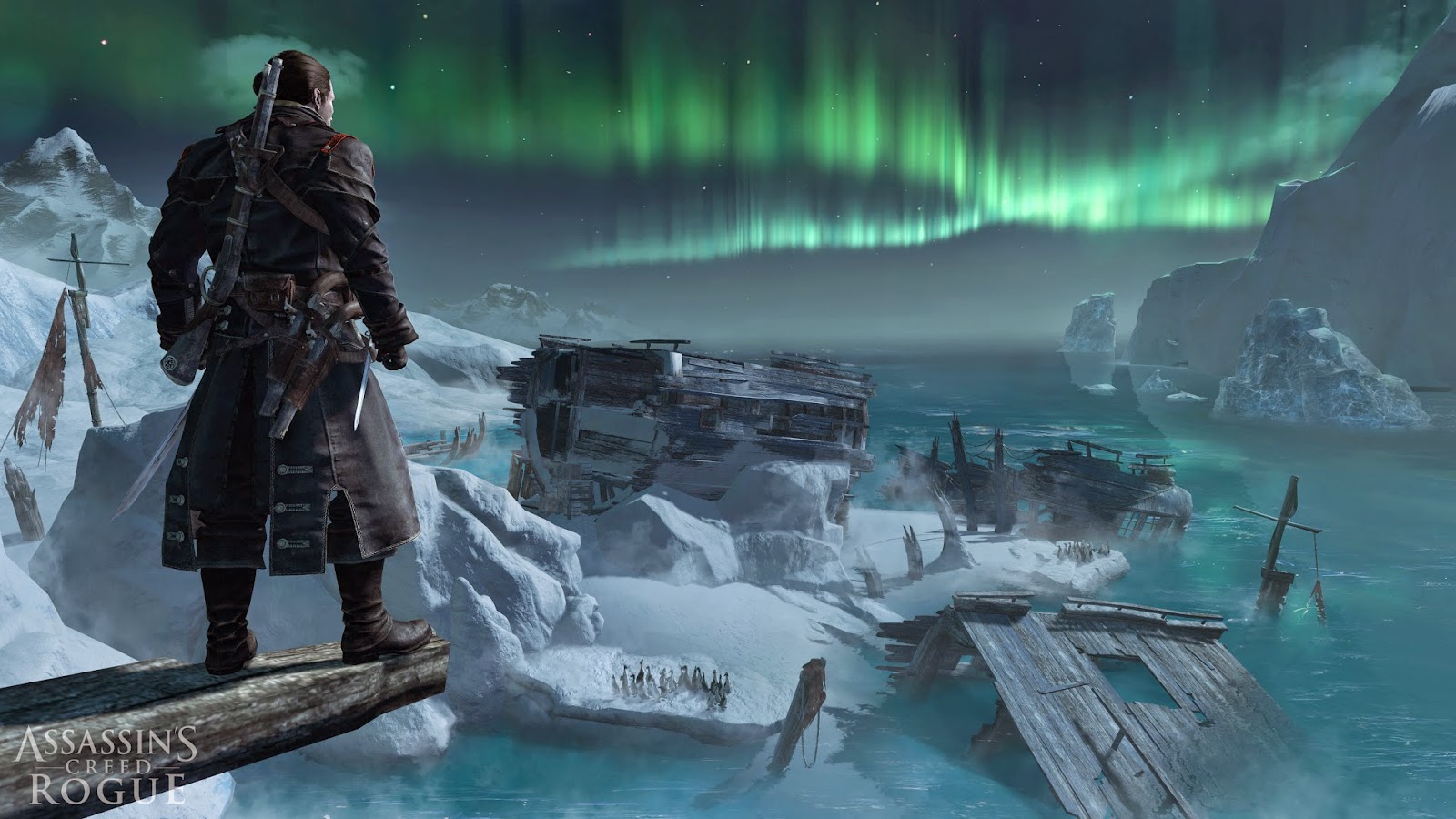 In LEGO Batman 3, Batman will join forces with other DC heroes and villains to stop Brainiac from destroying Earth. LEGO Batman 3 will take the DC characters to space for the first time ever, and they will explore other worlds such as Green Lantern’s homeland, Zamaron and Odym. The game will also feature the voice of my dad’s favorite Batman ever… none other than the 1960s Batman himself, Adam West. 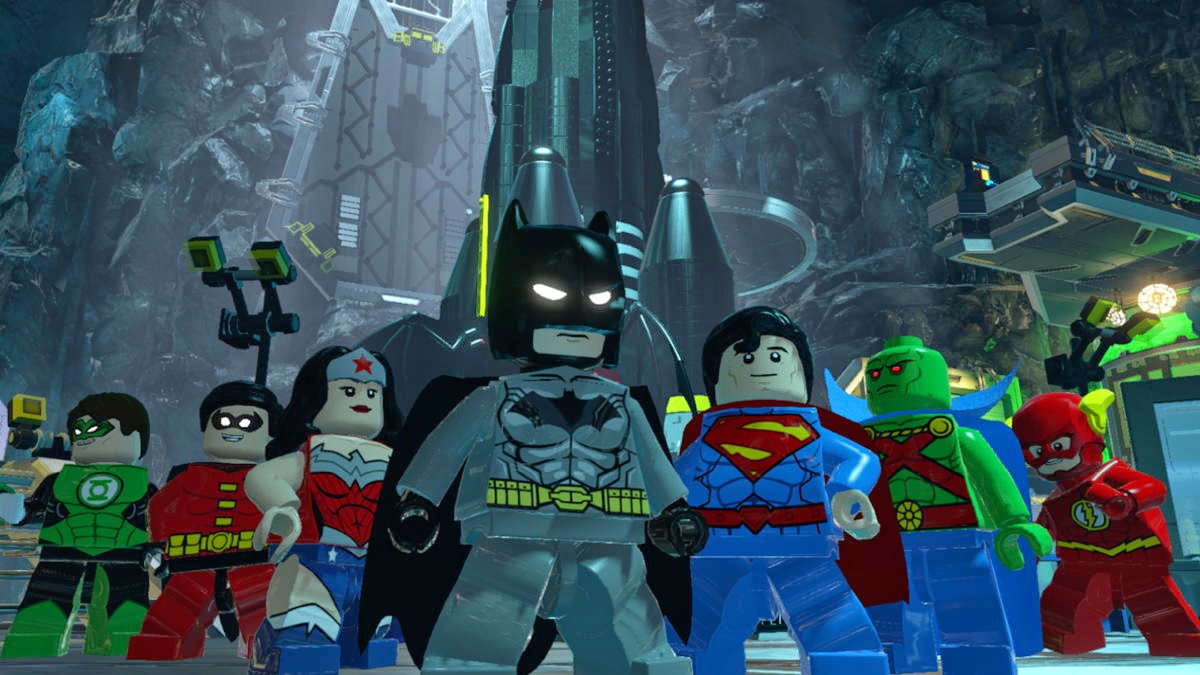 Halo fans will not want to miss this huge collection for the Xbox One. The Master Chief Collection will include Halo: CE Anniversary, Halo 2: Anniversary, Halo 3, Halo 4, Halo: Nightfall (Digital Series), and a Halo 5: Guardians Multiplayer Beta. If you’re a fan or if you never played Halo before this is the collection to get. 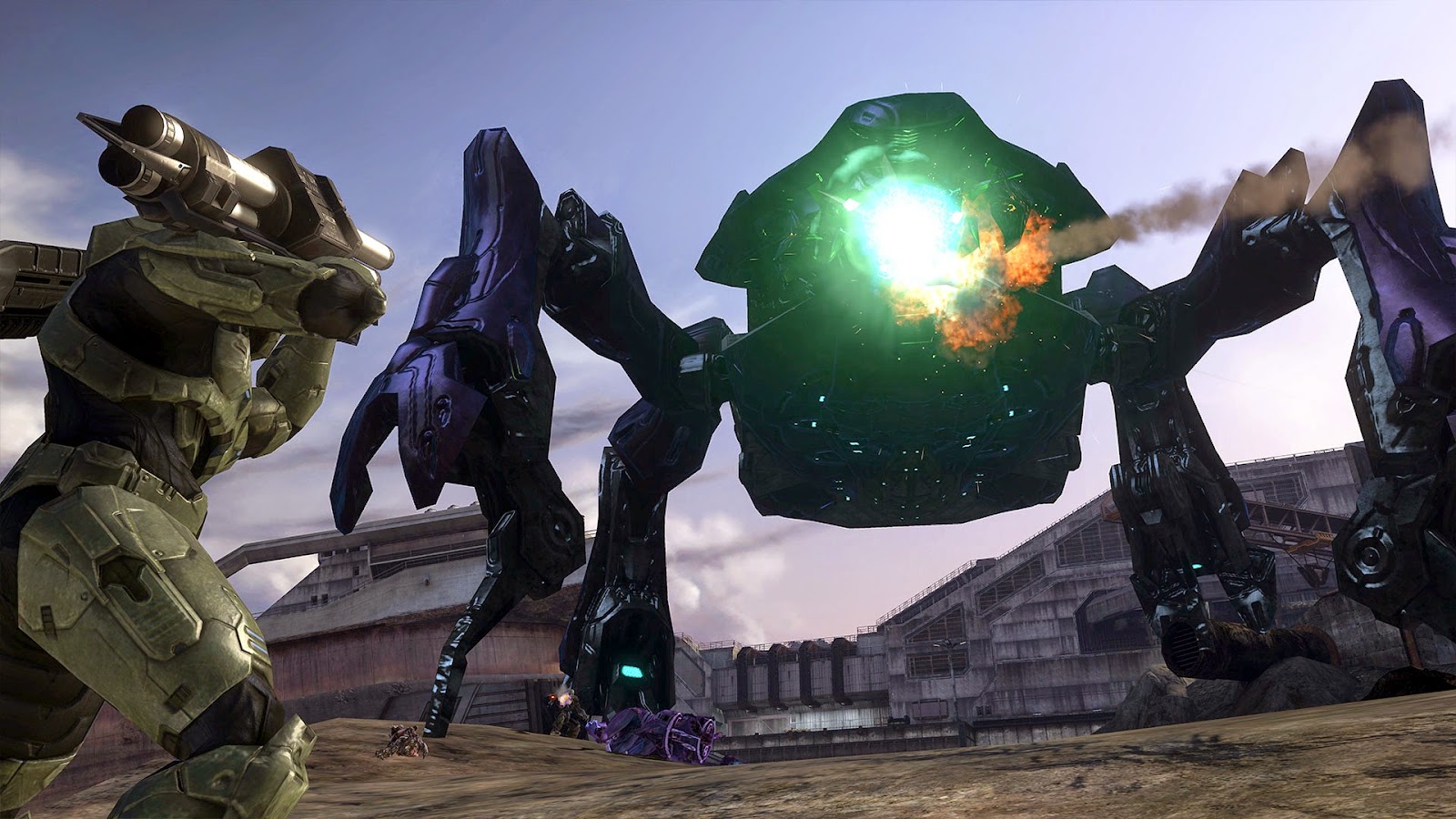 Originally released for the Nintendo DS in Japan only, Tales of Hearts R gets a Vita upgrade and gets a worldwide release. Tales of Hearts R is about a young man named Kor Meteor. After he discovers a woman named Kohaku Hearts and her brother Hisui, they are attacked by a mysterious witch who casts a spell on Kohaku’s Spiria, the embodiment of her heart and soul. While trying to help Kohaku Kor accidentally shatters her Spiria Core, the source of all her emotions. Kor sets out to find a way to make Kohaku’s Spiria whole once more. 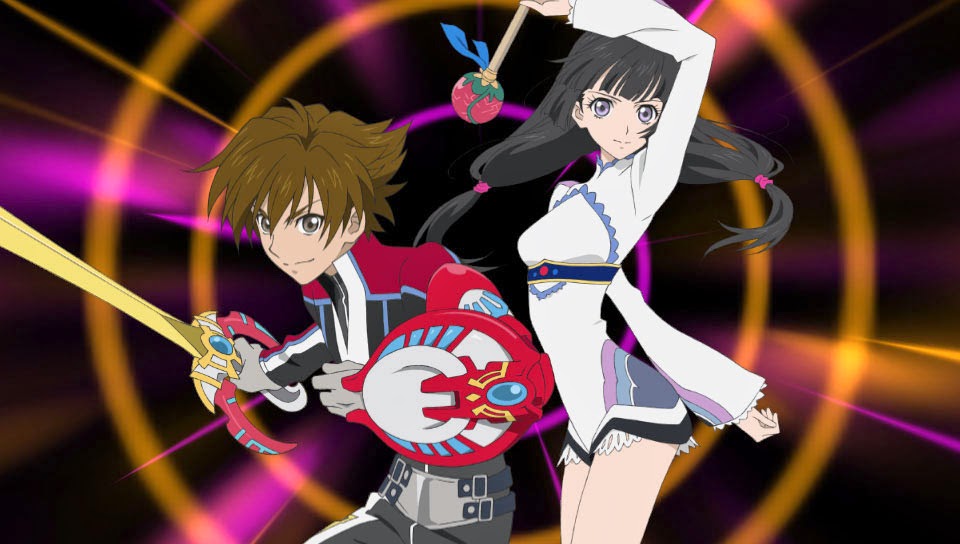 FIFA might dominate the soccer charts these days, but never write off PES. Konami’s soccer sim has a very different feel to FIFA, being much more focused on the passing game. This time around it has a new engine and this will be the first look we’ve got of Konami’s vision for soccer on next-gen consoles. It’s looking quite pretty, we must say. 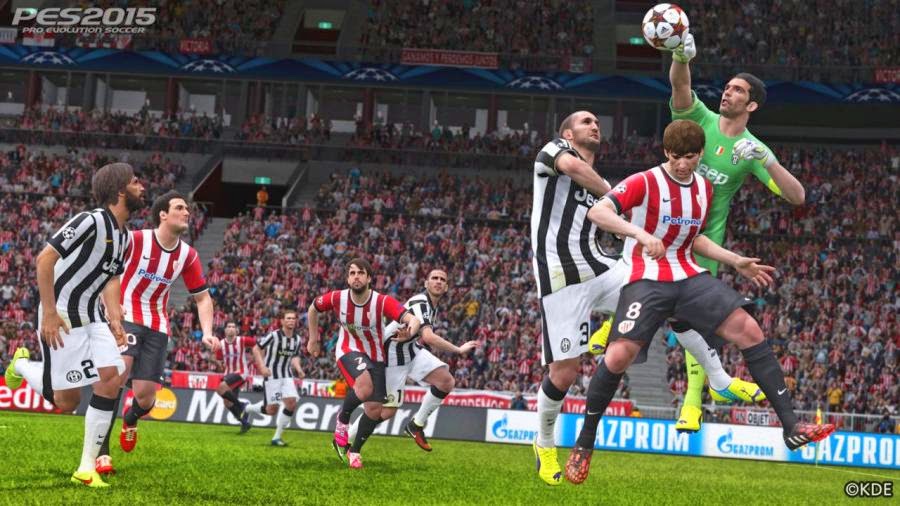 WWE makes its next gen debut this year and it couldn’t look better, and comes with new modes such as MyCAREER mode where you take your created superstar through a WWE career. This career mode is looking great, where you’ll move from NXT to RAW, and make your way up to the WWE Championship. New more realistic graphics using facial and body scanning technology. This is looking to be one of the best WWE games in years. 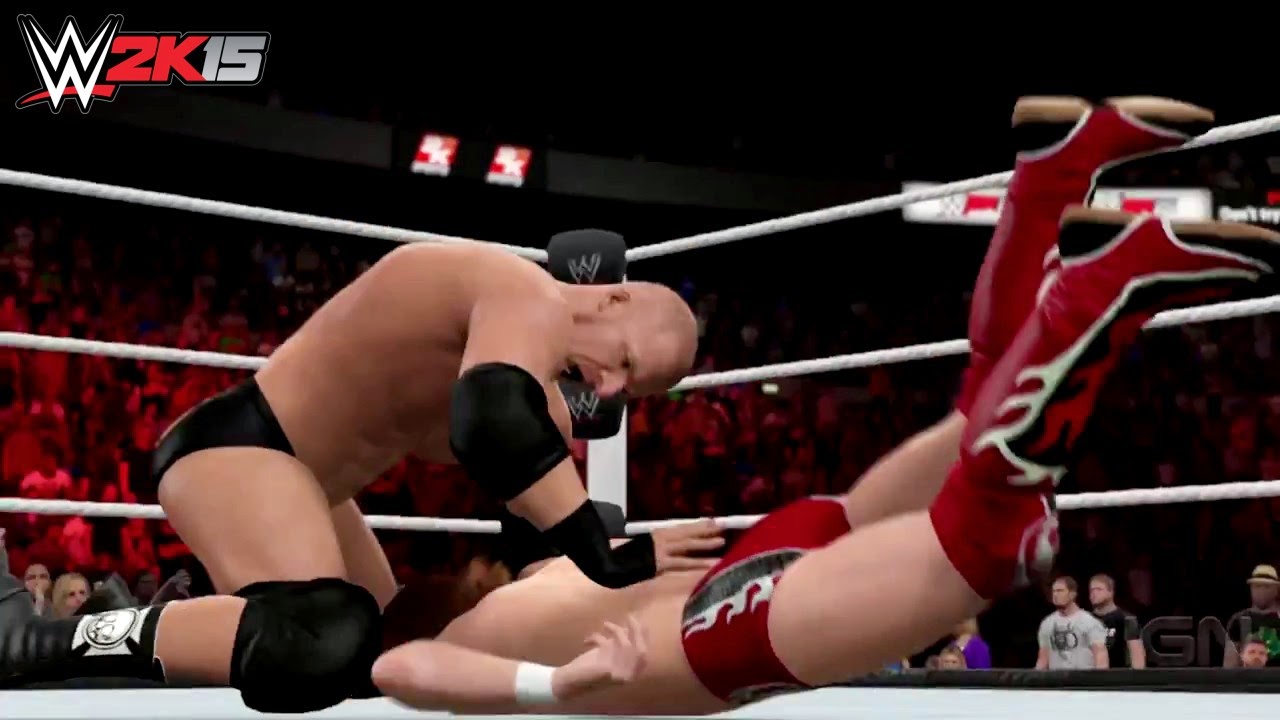 Sackboy is back for an all-new adventure. LittleBigPlanet 3 will have three new characters to play as: OddSock who is quick and agile, Swoop who can fly, and Toggle who can transform between Big and Small. Like Sackboy all the new characters are fully customisable. Sackboy has been a new climbing ability and there will be lots of new power-ups. Oh, and Hugh Laurie is in it. Dr. House is in the house. 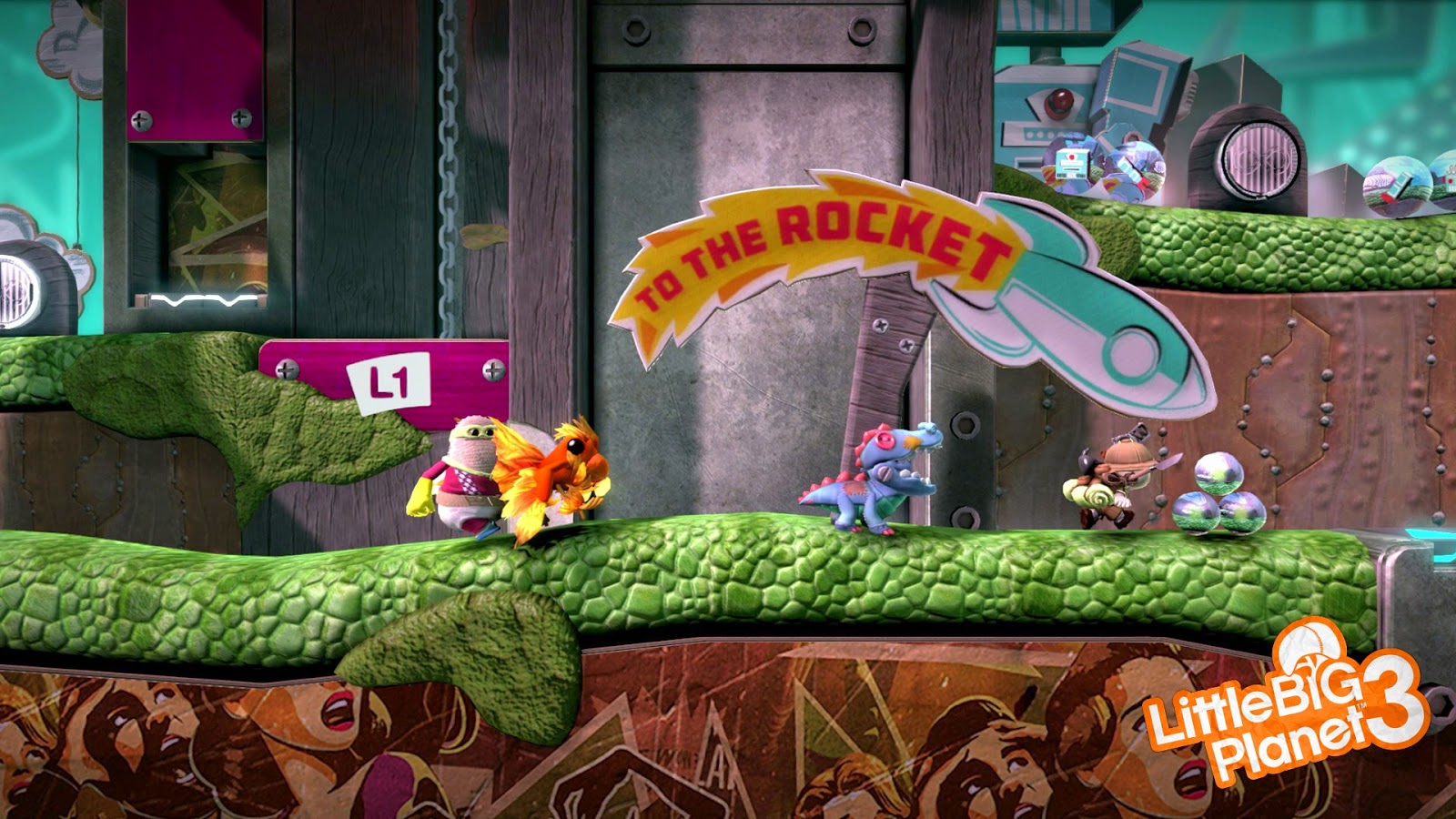 Dragon Age 2 was disappointing, but we can pretty much guarantee that Bioware won’t repeat the same mistake. Dragon Age Inquisition is looking like the first truly next-gen western RPG, and for that reason alone we’re itching to stick it into our PS4 and Xbox One slots. 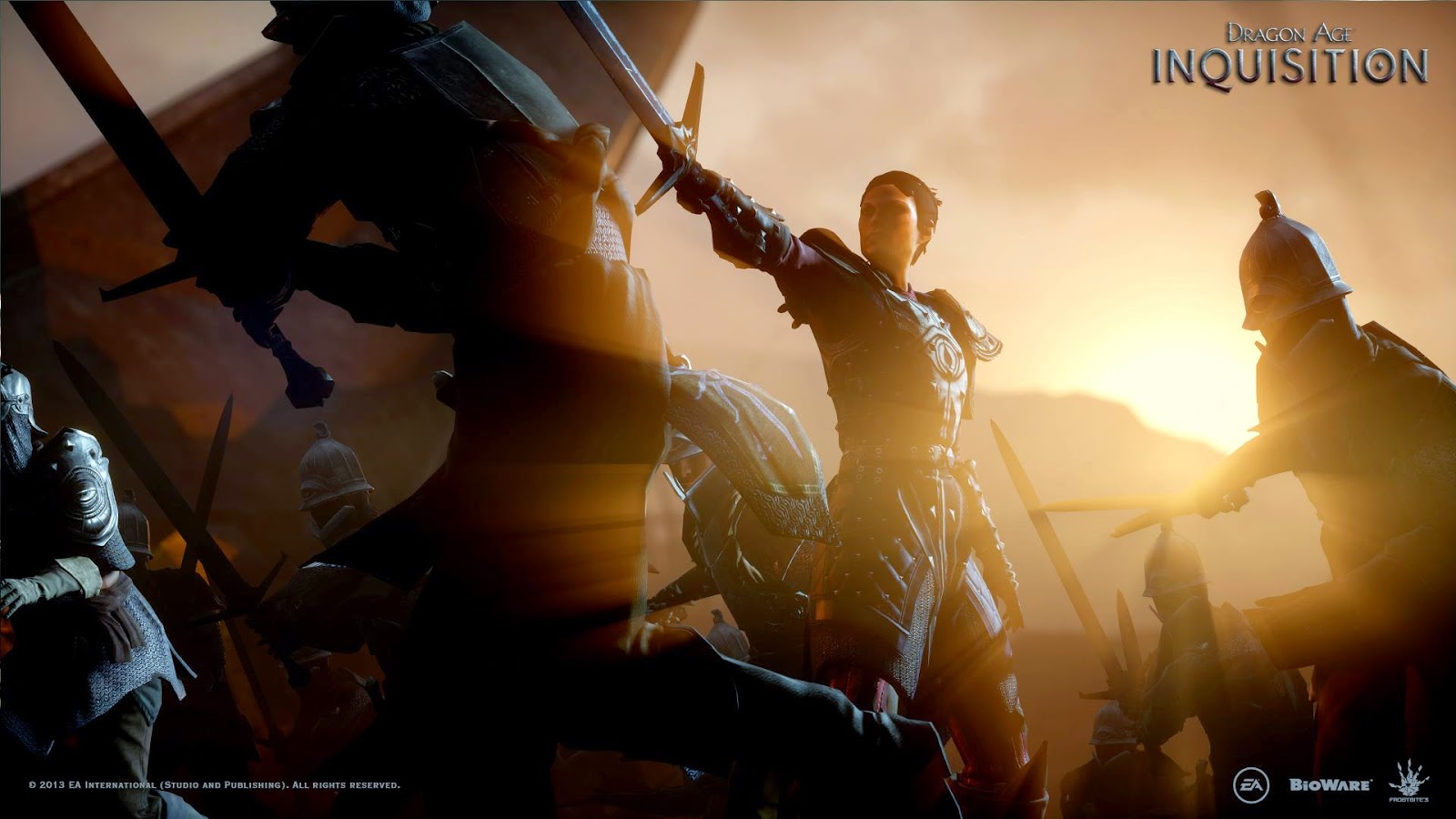 Hatsune Miku, everyone’s favourite green-haired digital idol, returns with an all-new rhythm game with a new bunch of songs to go with the classics. There are going to be 40 tracks all up, that can be played on four difficulty settings. It can be a brutally hard on the highest difficulty level, but the game is generally fun for fans of all ages. We here at DDNet love Hatsune Miku and can not wait to play this. 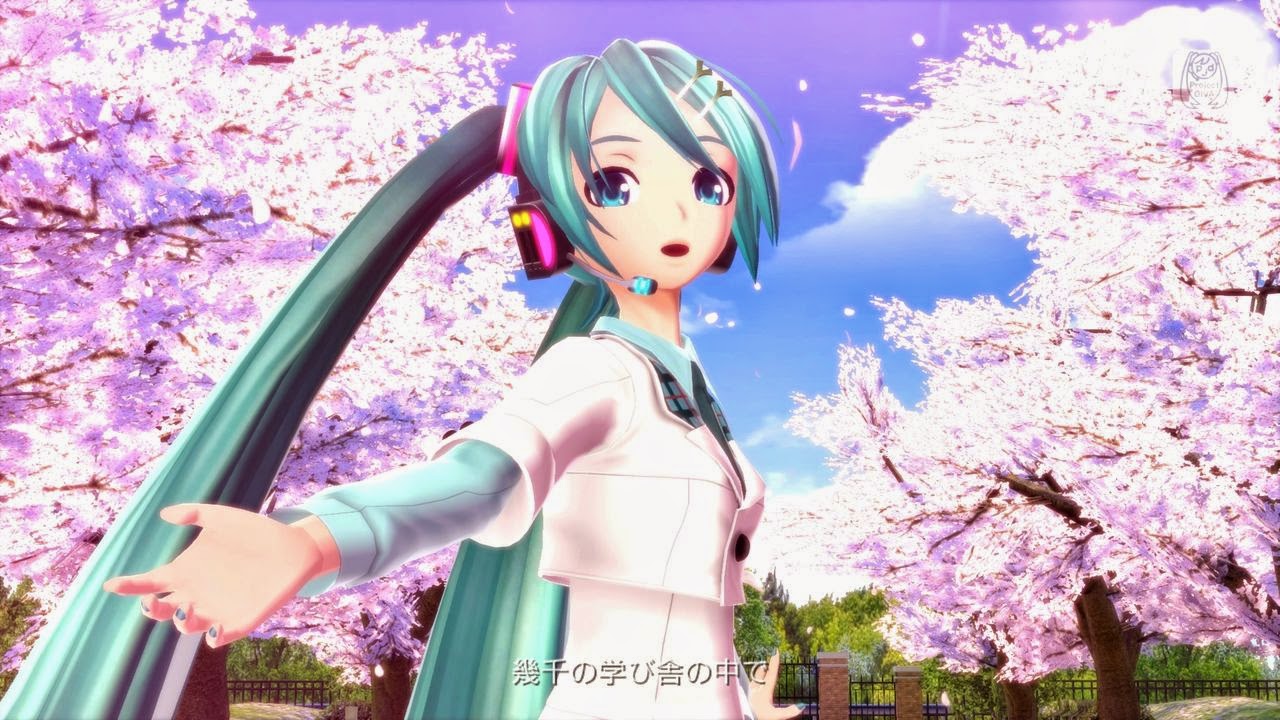 Escape Dead Island is different from the first two Dead Island games, in that it is a third-person mystery/ action adventure game where the first two were first person shooter horror things. Set on the island of Narapela, players will play as Cliff Calo, a would-be documentarian as he explores the origins of the virus that turns people into zombie things. Cliff will need to switch between fighting and stealth to survive the island. Probably one just for the fans, but we’ll see! 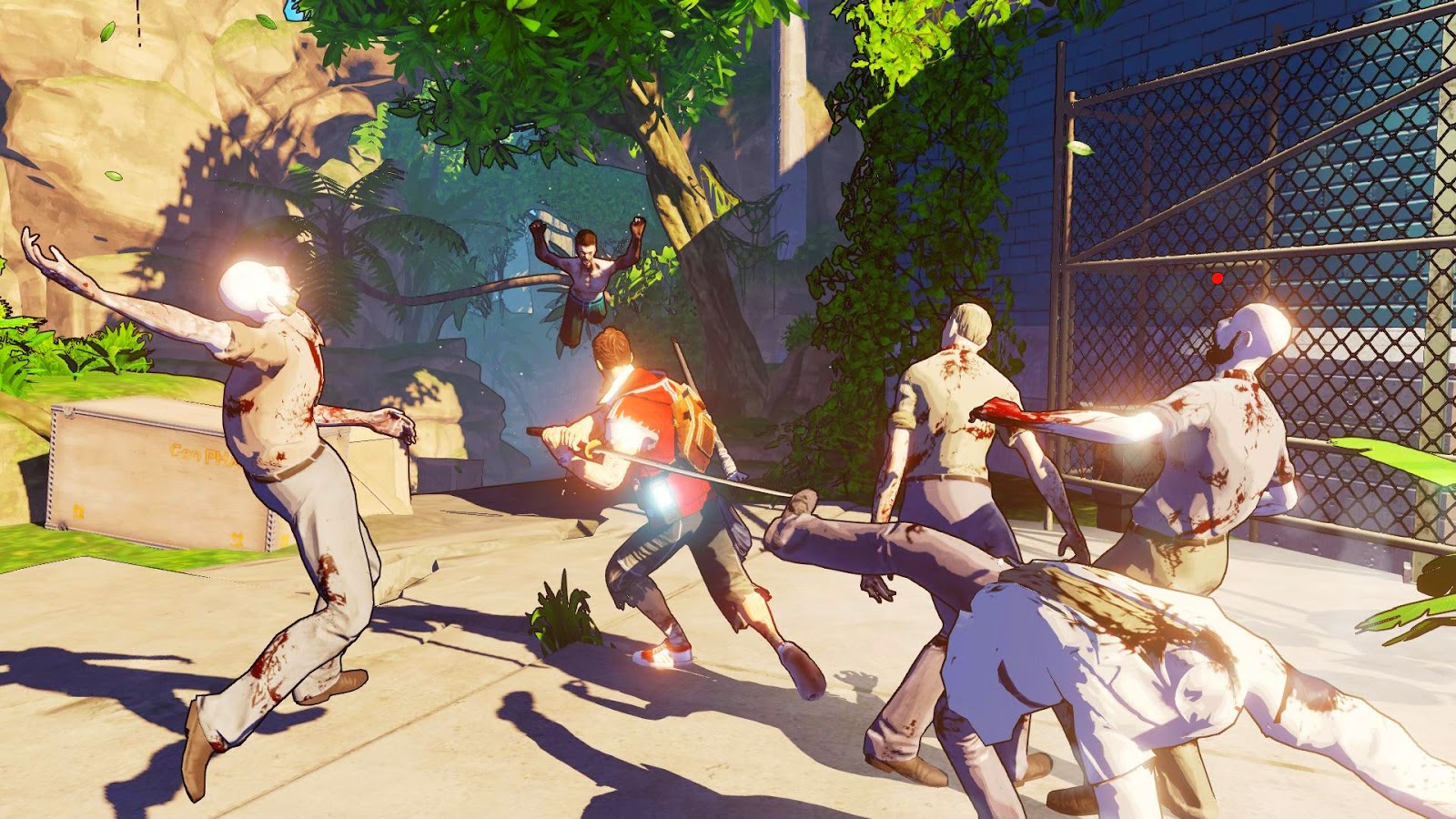 While traveling to Kyrat to fulfill his mother’s dying wish Ajay Ghale finds himself caught up in a civil war to overthrow the dictator, Pagan Min. Far Cry 4 will feature drop-in/drop-out co-op play for the first time, and will offer a huge open world filled with lush forests to the snowy Himalayas. Humans won’t be the only threat to Ajay. As with the previous game the wildlife can also be deadly; you’ll be dealing with leopards, rhinos, black eagles, and vicious honey badgers. 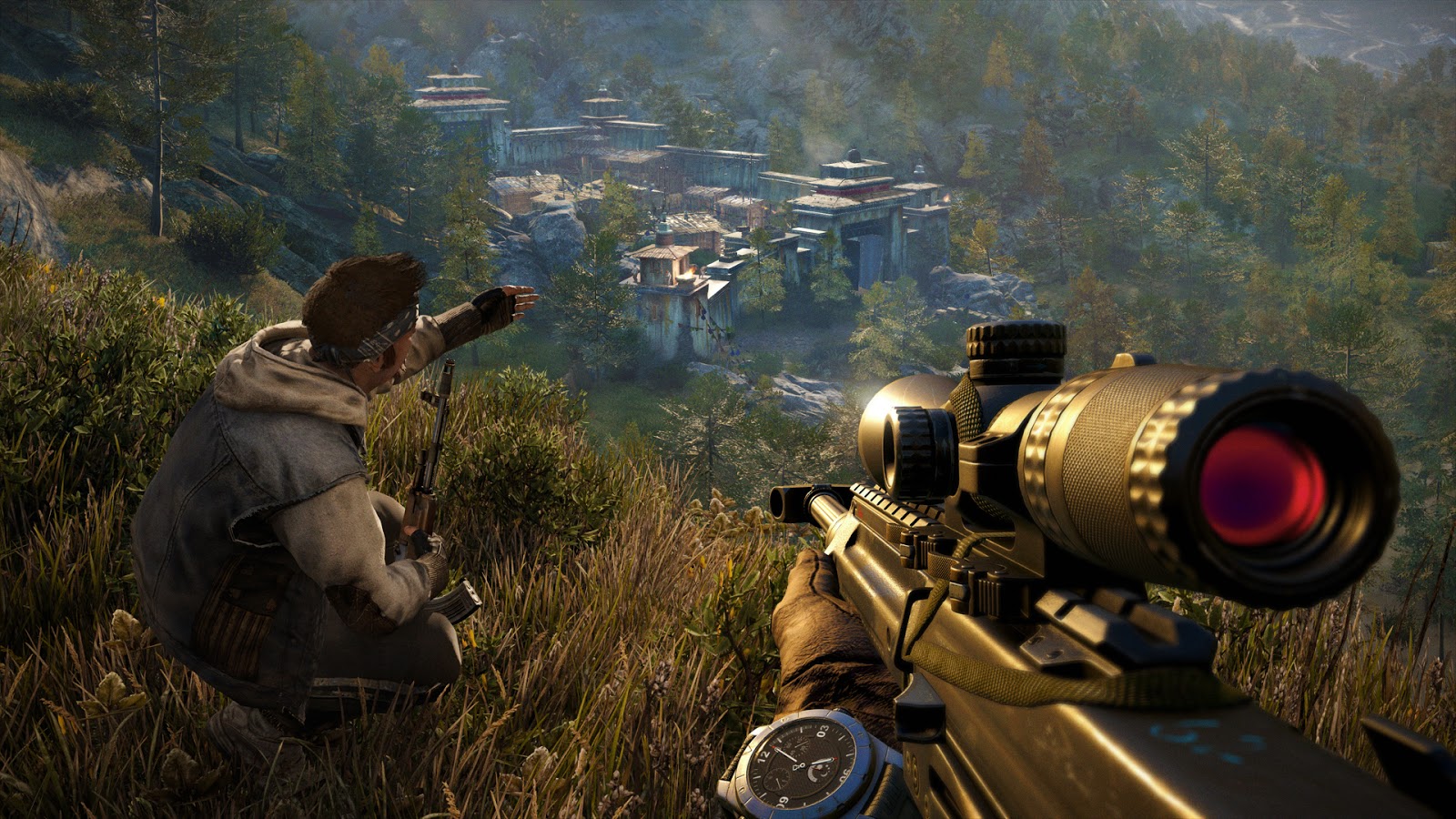 We got a taste of Super Smash Bros. on the 3DS, but the Wii U release is the real deal. For the first time ever, it’s Super Smash Bros. in HD. The Wii U version will use a variety of control methods, including the ever-popular Nintendo Gamecube controllers. You’ll be able to fight challengers from all over the world online in “For Fun” or “For Glory” modes. The Wii U version will also have a special mode that allows up to eight players simultaneously… that’s going to be crazy. 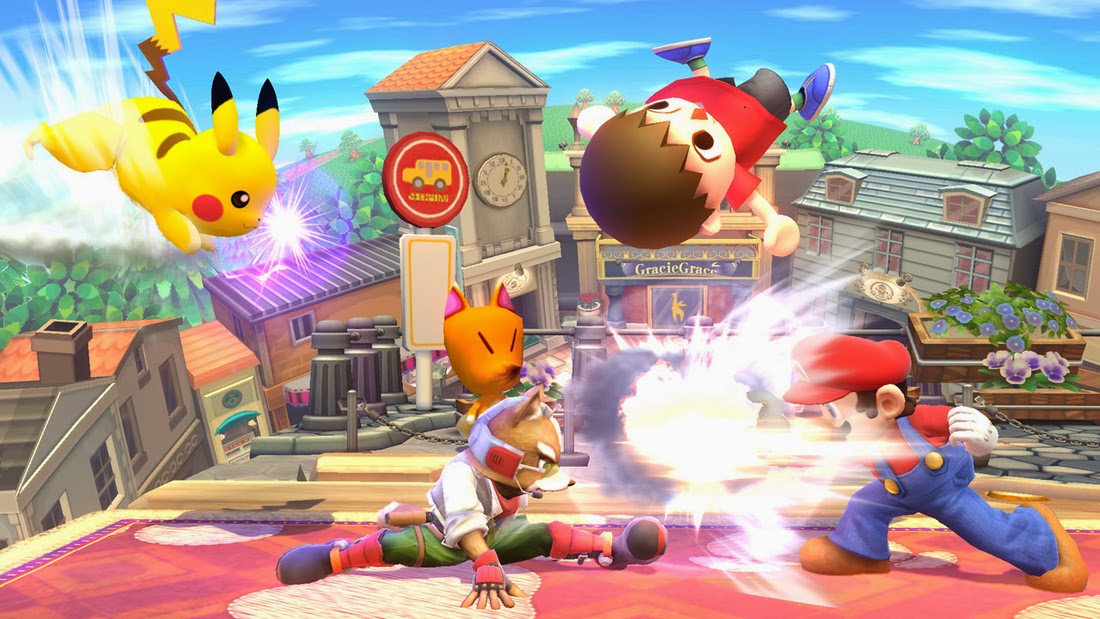 Alpha Sapphire & Omega Ruby are remakes of the 2002 Game Boy Advance titles Pokemon Ruby and Sapphire. The games will take place in the Hoenn region of the Pokemon universe, but it’s not all old school, the new games will feature more modern developments, such as the Mega Evolutions from the last Pokemon game. After playing the demo I can say it’s going to be a fun and solid new Pokemon game that fans should really enjoy. 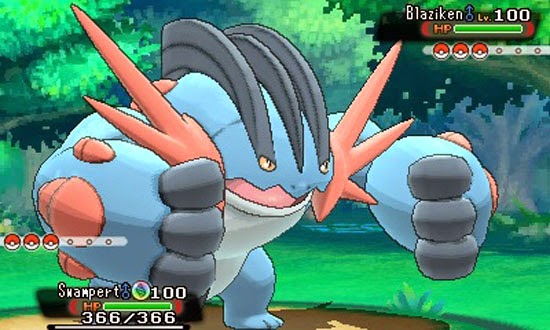 A new Persona story featuring characters from Persona 3 and Persona 4? Count me in! Persona Q will let players start with either the main character from Persona 3 or Persona 4, and their choice will unlock different event scenes meaning there is some replay value. Persona Q will be the first game in the series to be on a Nintendo Platform. Oh, and Rise is in it. This makes Matt happy. 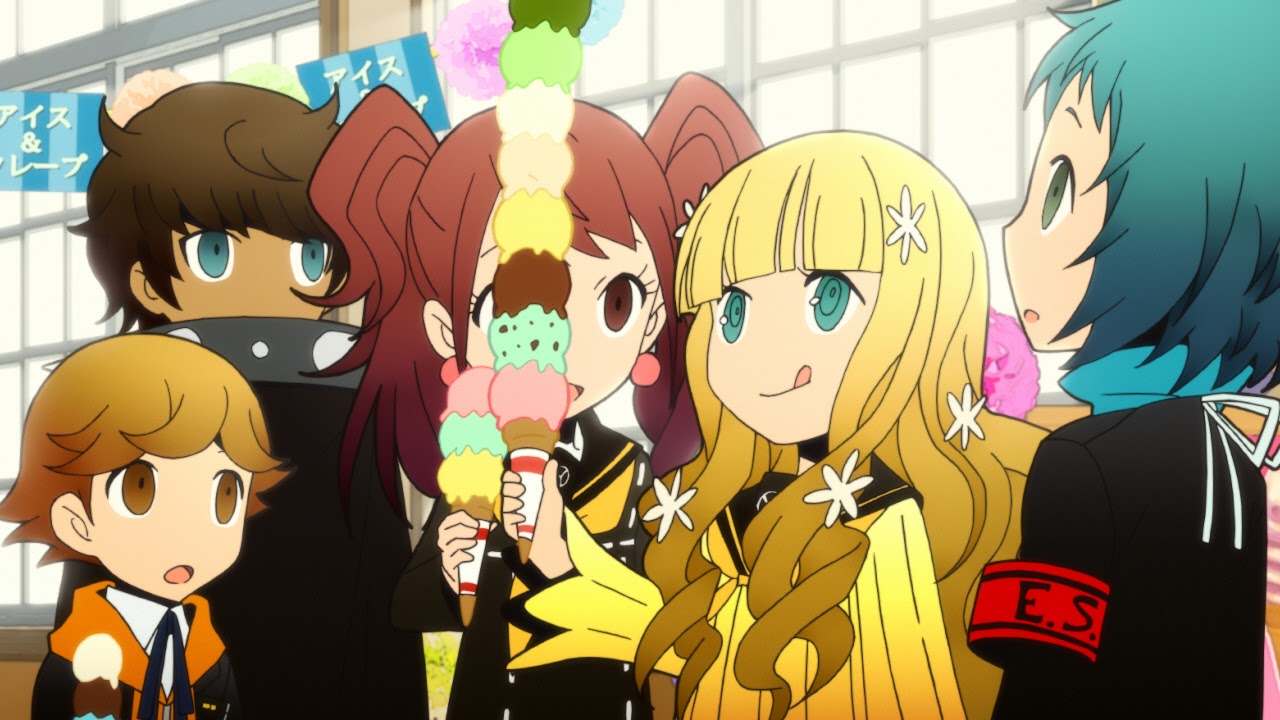