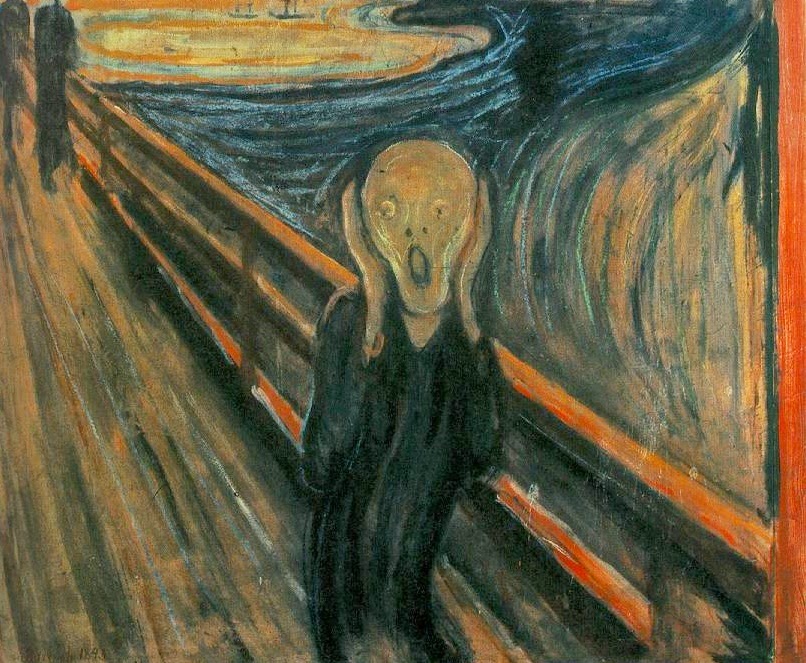 Yep, it’s that time of year again; Halloween! People dress up in crazy costumes, go to silly parties, drink lots, and play some scary games. I call that a Friday night, but for other people it’s a once-a-year thing. The good news is that there are plenty (and I really do mean plenty) of great horror games out there. If it’s not a typical genre for you, here’s a bunch of games to try to get in the spirit of things. Do you have a favourite horror game that isn’t on the list below? Let us know in the comments!

Fatal Frame 2 is one of the greatest horror games ever made, and that’s precisely because it’s not just about the horror. As with the greatest of Japanese horror films, Fatal Frame 2 is also a story of sorrow and sadness. It’s as much tragedy as fight-fest, and this inevitably means that it has a greater impact on players. This story about twins will stay with you long after Halloween is finished for the year. 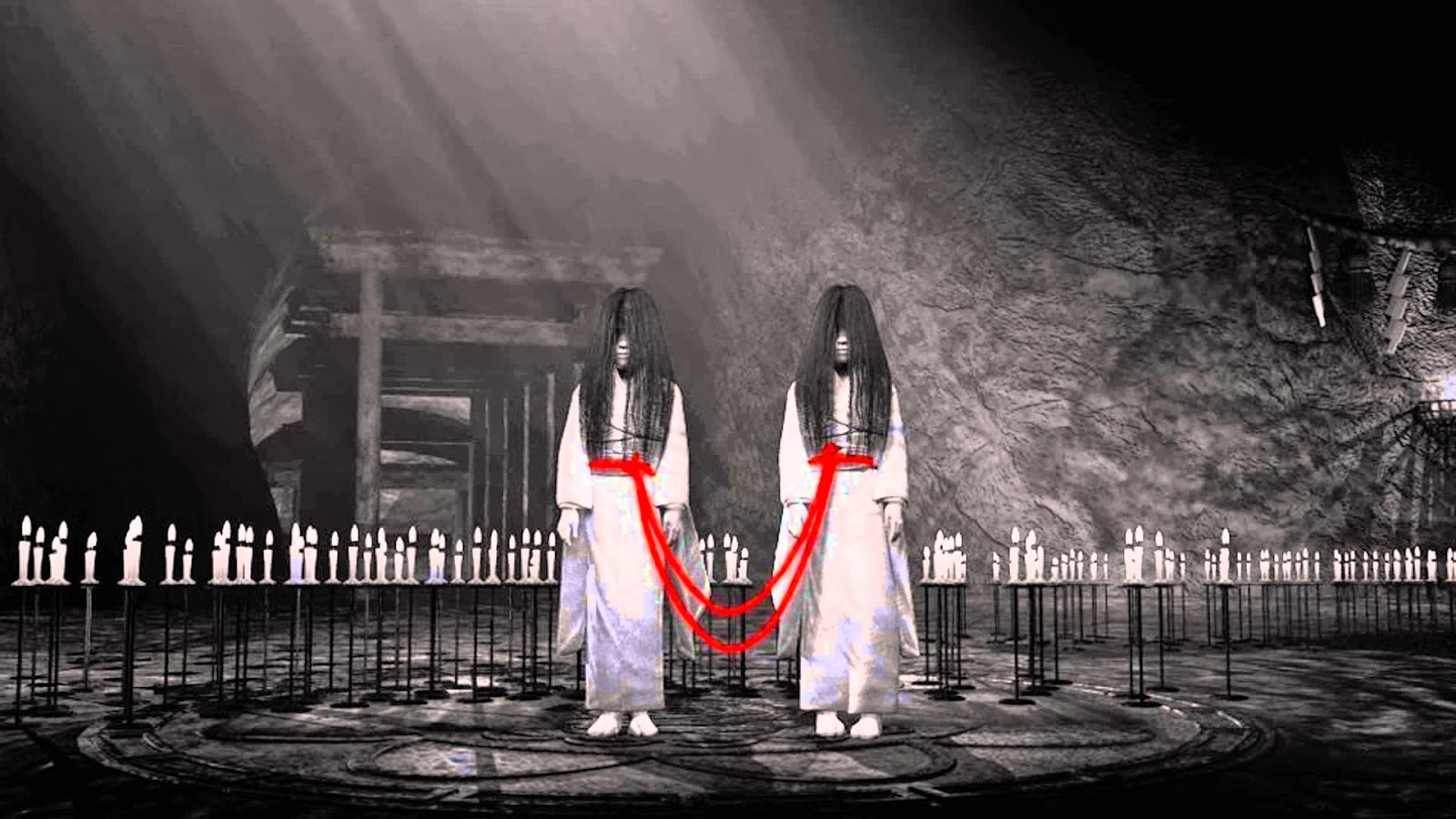 You can’t have a list of horror games and not mention at least one that has been inspired by horror maestro, H.P Lovecraft. Call of Cthulhu: Dark Corners of the Earth doesn’t really have much to do with Call of Cthulhu (it’s actually closer to Shadow of Innsmouth, another Lovecraft short story), but it nevertheless captures the spirit of Lovecraft’s unique take on horror perfectly. Throw in some intense stealth mechanics and you’ve got a game that Bethesda badly needs to return to, if not for a sequel than a HD remake. 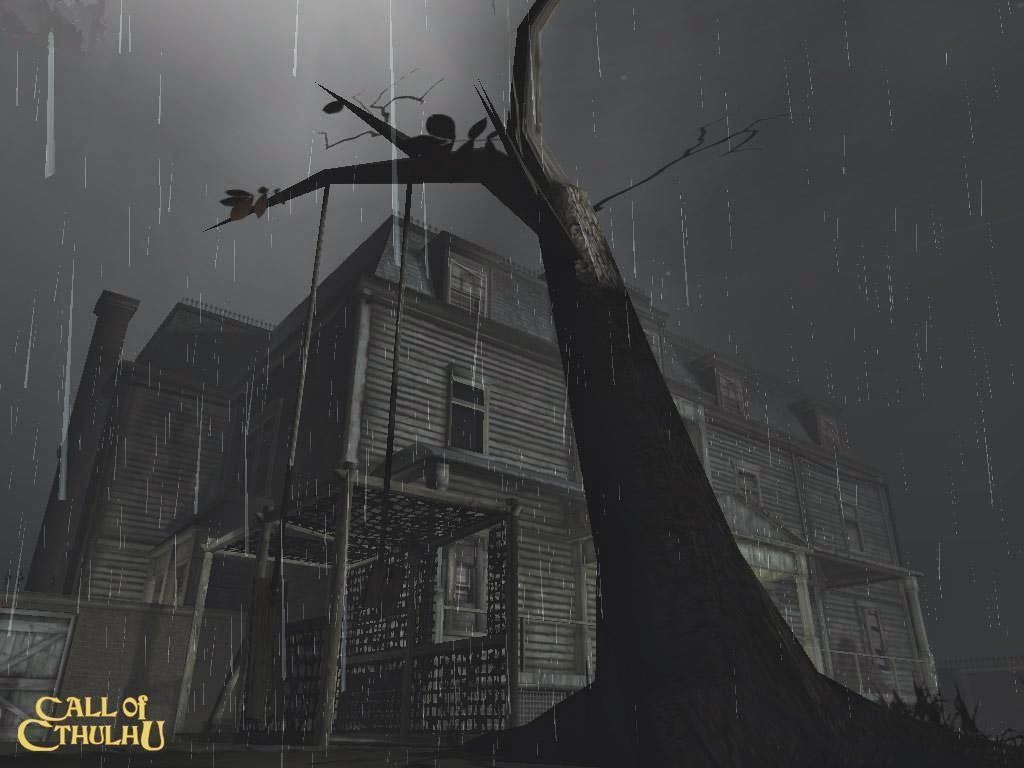 Eternal Darkness is more Lovecraftian action, though it’s not based on any particular Lovecraft story. What’s interesting in this one is that it spans entire generations of characters across different time periods. What what remains consistent, regardless of whether you’re going after enemies using swords or firearms, is the eldritch horrors that you’ll be facing down. It’s a pity that Silicon Knights was such a one hit wonder that we’ll likely never see another game quite capture the magic of this one. 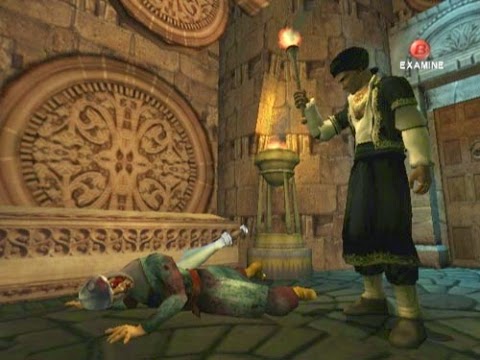 Where Resident Evil and the later Silent Hill games have slowly degenerated into action-heavy monster-fests, the earlier games in both series were far more concerned with providing tense atmosphere. Silent Hill 2 is the most exceptional of these. Not only is it a tense, genuinely frightening horror game, but it is a rich one in terms of its narrative as well, as the leading man, James, heads into the haunted village to try and come to terms with guilt over the death of his wife. As with Fatal Frame 2, this game is equal parts tragic and frightening, and it’s the stronger for it. 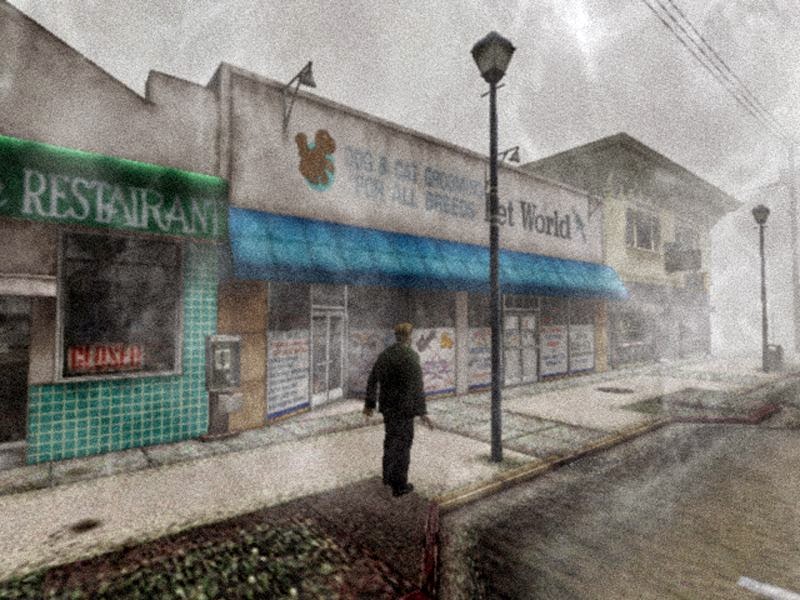 Outlast is a concentrated effort to make the most terrifying game imaginable, and it largely works at it. From literally the opening moments, as Miles Upshur approaches a run down asylum to do a spot of investigative journalism, you just know that he’s in for a bad night. And that’s an understatement. Outlast doesn’t have much of a plot (which is a pity because I do prefer good narrative in my horror games), but nothing nails the intensity of being stalked through hell by creatures you have no defence against. 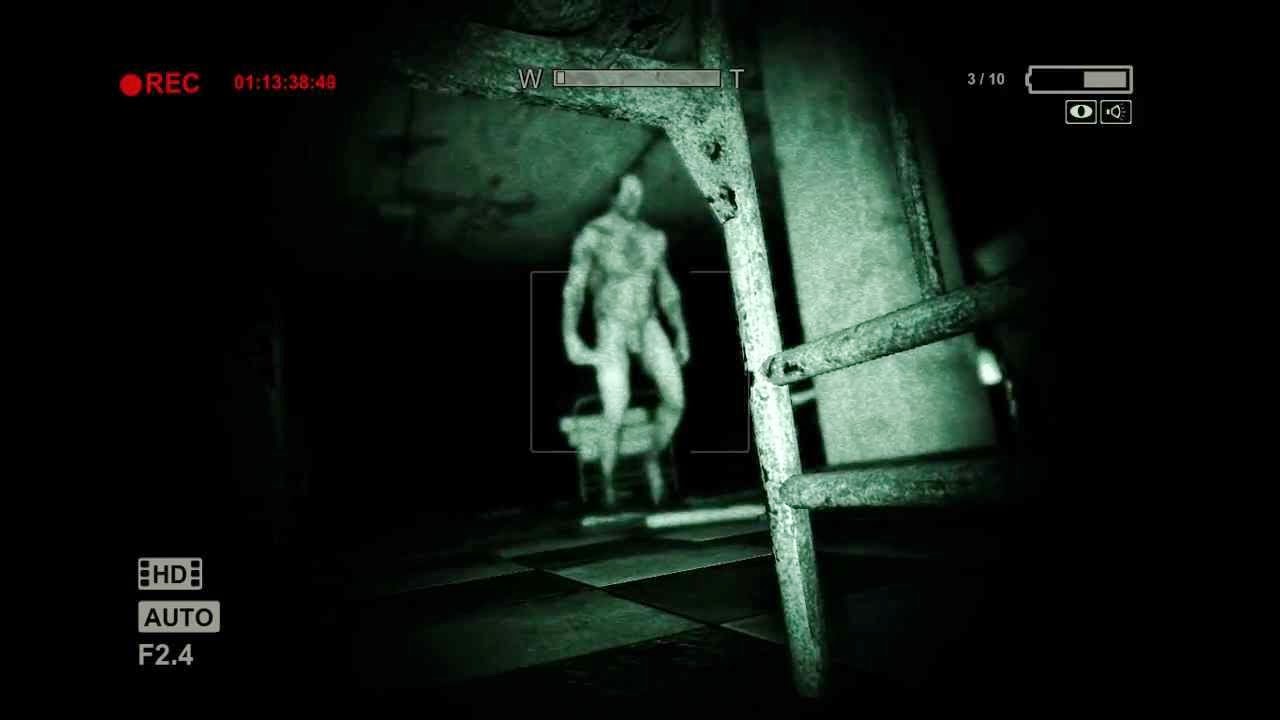 One of the most popular themes for horror films and literature is the idea of innocence lost – where a child encounters something terrifying (to their mind) and as a consequence start to grow out of childhood into adult knowledge. Clock Tower 3 (below) does this, but a more extreme example is Among the Sleep which, in addition to being an incredibly creepy game in its own right, is an intense metaphor for child abuse, and is a brutally uncompromising story that everyone who cares about games as art should experience. 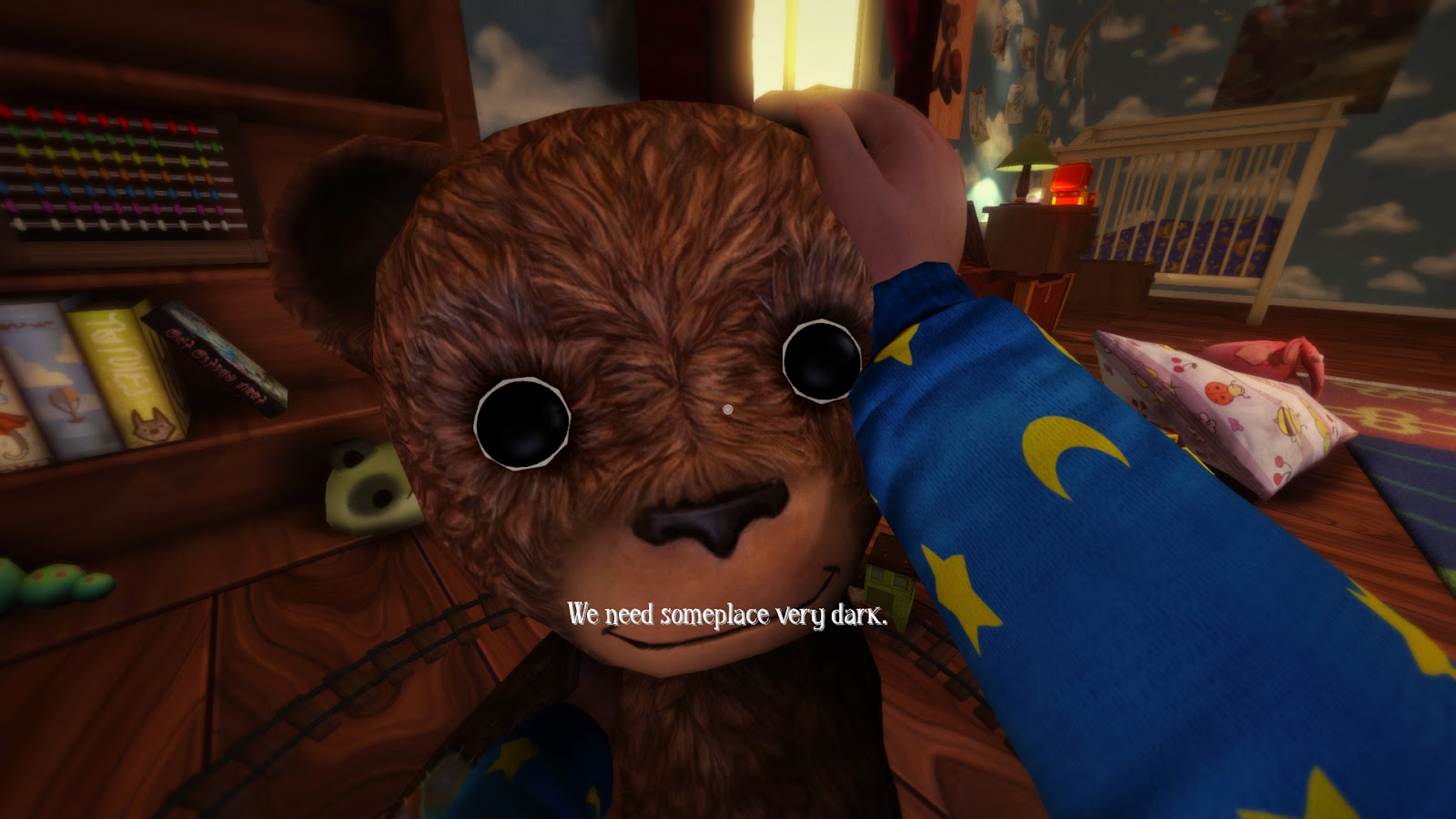 As with Outlast above, Clock Tower 3 is a stalker horror game, which has been all-but forgotten over the years. If you’ve still got a PlayStation 2, make this Halloween the time to discover it. In this game, you’ll be controlling a young girl, Alyssa, in a metaphoric coming-of-age story that just happens to have a range of serial killers based on real-life murderers chasing after her. For the most part all Alyssa can do is run and hide, but after solving some puzzles and collecting some items she gets to transform into a bow-wielding angel of justice and then it’s fight on. It’s often an abstract game, but it’s an atmospheric one, and it’s notable as the one and only game Japanese filmmaker great, Kinji Fukasaku, ever directed. 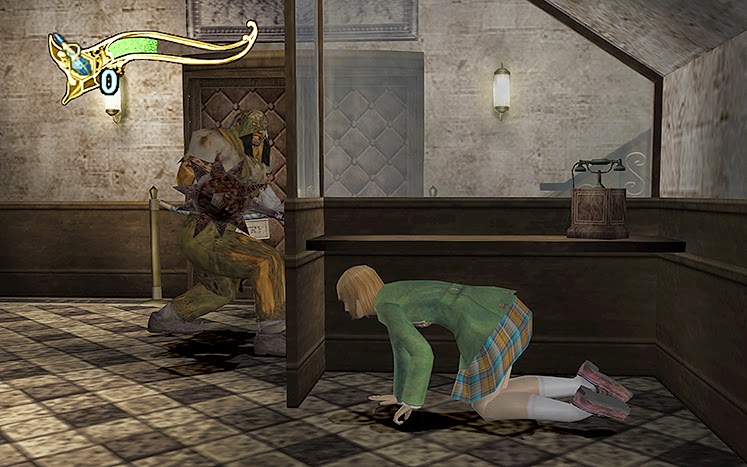 Alien: Isolation is another stalker horror game (we are so glad that there are still so many of these being made. This one, however, has the edge of its contemporary rivals like Outlast for a very simple reason – the enemy stalking you is one of the most iconic sci-fi villains of all time. Too many Alien games task you with mowing down hordes of what are essentially brainless monsters. Isolation’s Alien is smart, deadly, and solitary, and is all the more frightening for it. 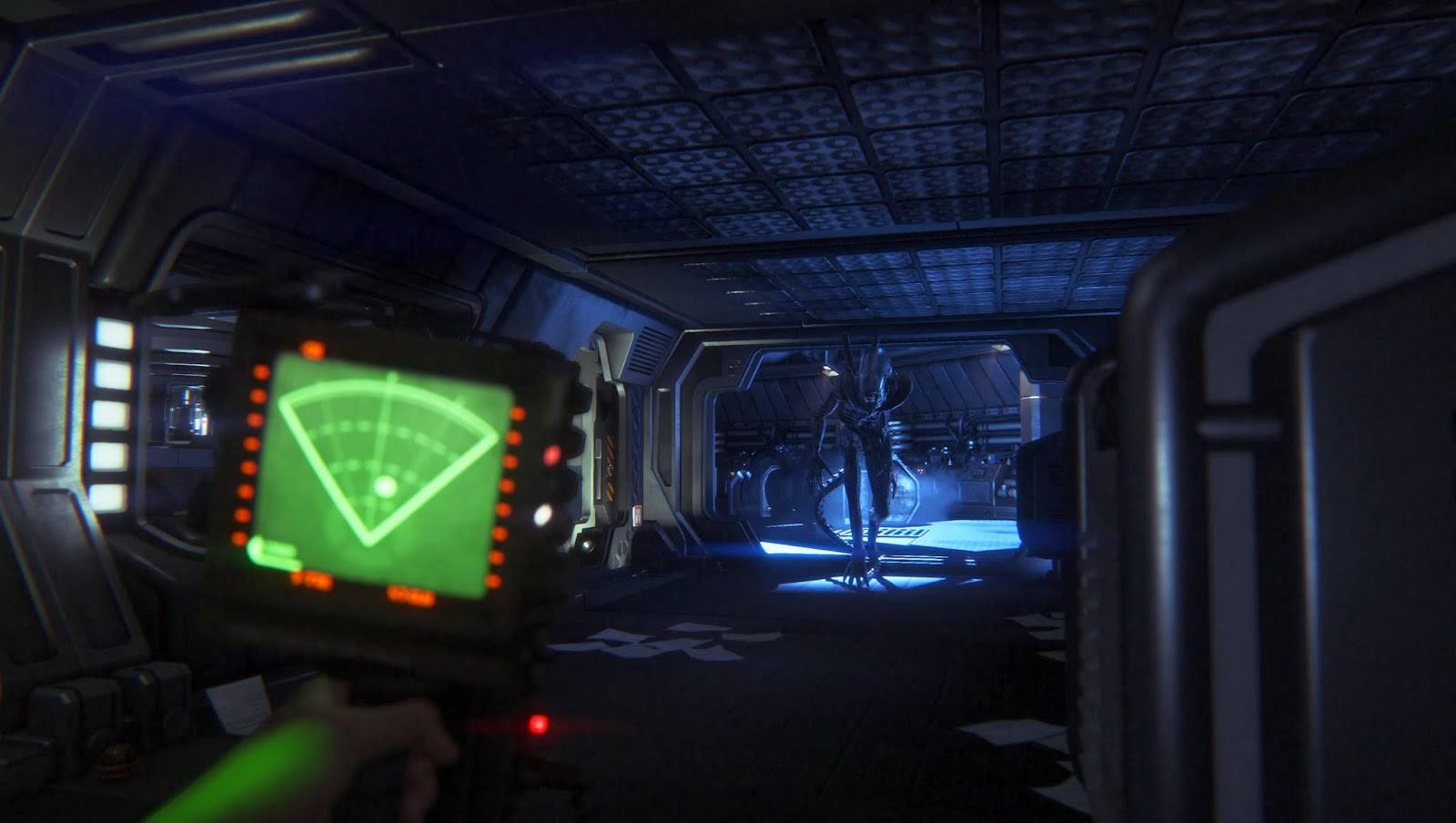 Deadly Premonition is unique on this list, in that it’s not all that scary. That’s because it’s more of a psychological puzzle game that makes heavy use of all kinds of surrealist techniques to mess with your mind. It’s frighting in the sense that the more you think about it the more it will start creeping you out, so put your thinking caps on (and stay away from the beer), and be prepared for a very different kind of horror experience. 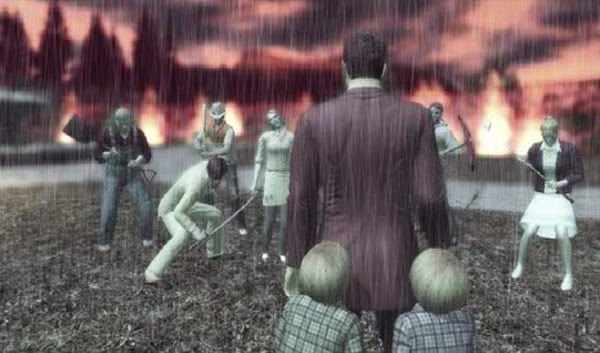 This was released shortly after Clock Tower 3, and it drew more than a few comparisons back in the day. As with Clock Tower 3, the bulk of Haunting Ground involves running and hiding from ugly, creepy monstrosities. Unlike Clock Tower 3, you’ve got some help this time around. Leading lady, Fiona, is accompanied on her harrowing ideal by a dog, Hewie, who will put his own life on the line to protect her. Still, despite the help, Haunting Ground is an intense game of hide-and-seek that will make your hands sweat as Fiona reaches out to the door to a previously unknown room. 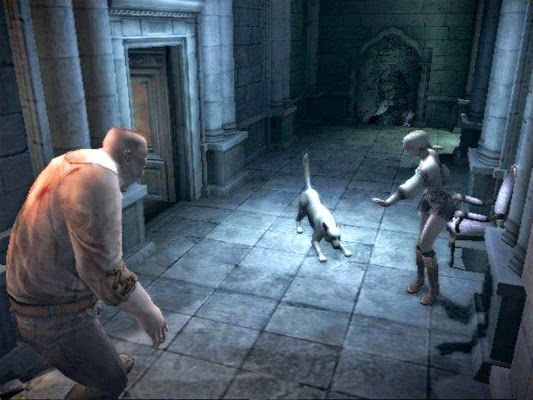