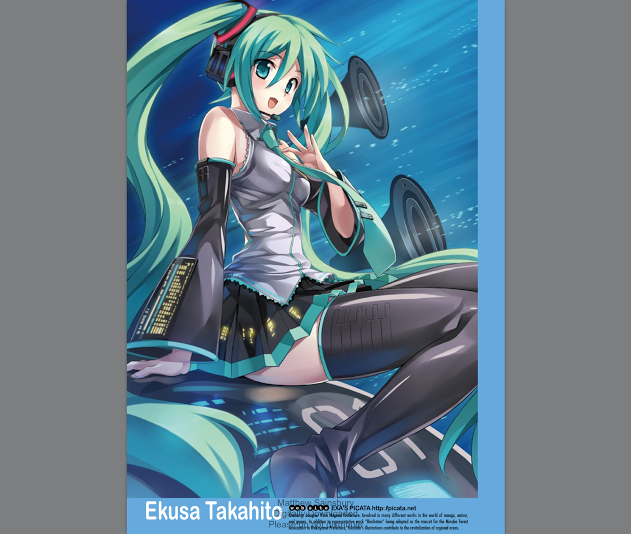 With all the coverage that we’ve been giving Hatsune Miku and her band of adorable vocaloids, I thought that it would be a good time to review a series of Hatsune Miku (and friends) art books by Udon Entertainment. And so each day this week we’ll be publishing a short review from the library!

It’s the last day of our little week of Miku celebration! After looking at art books dedicated to Miku’s friends, our final day of reviews heads back to the green-haired maiden. Hatsune Miku Graphics: Vocaloid Comic & Art Volumes 1 and 2 are two separate books, but they’re so similar that I figured we’d cover them both in one go.

Both books start out very similar to the other art books in Udon Entertainment’s catalogue – pages and pages of full-colour and glorious art of both Miku and her vocaloid companions. Every couple of pages brings a new artist gets their chance to show off their vision of Miku, and the standard of these works do seem to be higher than in some of the other books I’ve reviewed this week, and this is perhaps because there are more professional artists (including Miku’s creator, Kei, in the first of the two volumes) than in the other books.

But a little over halfway into the book things get weird. There are pages and pages of ads for Hatsune Miku games, music CDs and the like, and these are a little tasteless, given people pay good money for these books, and they’re not magazines. The ads are at least contextual (they’re not for non-Miku games or vocaloid CDs), but I’d take more pages of art for my money than ads for anything Miku-related. 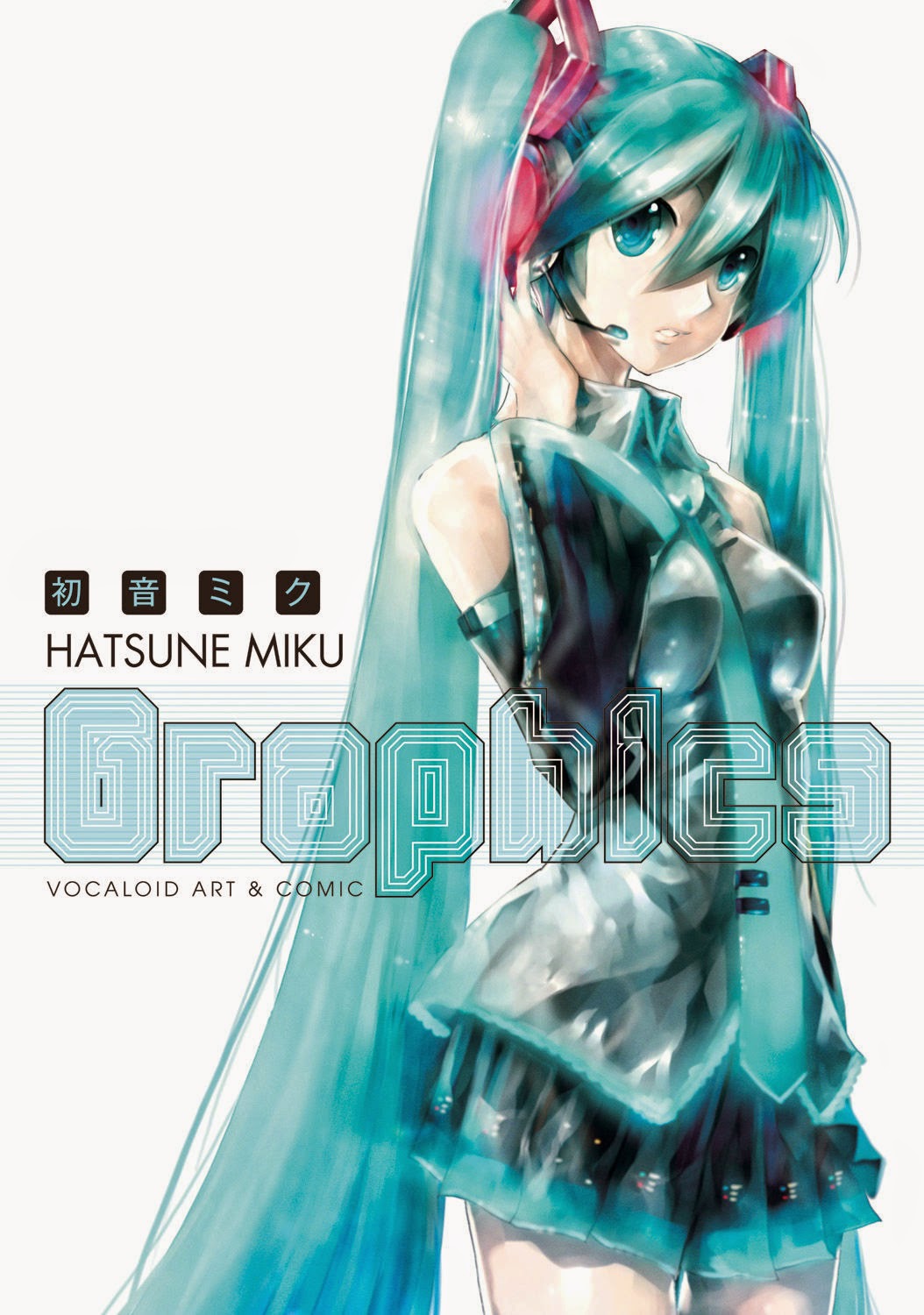 Then there are little manga strips, and a longer manga short story in each book. This means the last third of each book is taken up with black-and-white art, which is smart in terms of saving printing costs, but combined with the ads creates an oddly inconsistent tone through the book. Is it showcasing how gorgeous Miku is as a muse? Is it celebrating the Miku culture? Is it subtly telling people who like Miku enough to buy the book to buy the games (even though you would surely be a fan of the games before you bought the books?). I just don’t get it.

And these two books also remind me that we really need to see art books that have some words wrapped around them to contextualise the cult of Miku. She is a character whose appeal isn’t immediately obvious, and I think that a book that tries to explain the fascination that so many people have with vocaloids would do well for itself.

At the end of the day though, both volumes of Hatsune Miku Graphics are still essential collectors items for Miku fans. She’s a gorgeous character that lends herself well to coffee table books, and I do hope to see Udon continue to create books around her and her fans.

The Friday 10: Ten Halloween recommendations for a spooky night