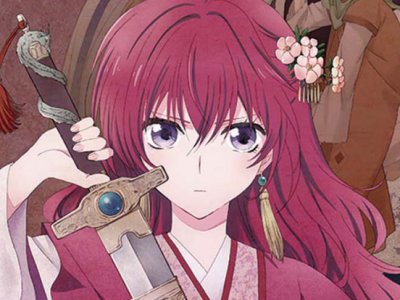 Princess Yona leads a peaceful life. She’s got more liberty than you’d expect from a family of nobility and one of her few “worries” is whether or not her hair colour suits her complexion. When her childhood sweetheart, Soo-Won, stops by the castle one day, Yona is her usual enthralled self. Even if her father forbids their marriage for reasons beyond her understanding, life is looking up.
…until Yona’s beloved Soo-Won drives a blade through the chest of the king in a stone cold coup d’état. Stripped of her status as royalty, Yona now lives as a fugitive on the run, accompanied only by one of the king’s trusted shoguns. Calling that an alarming change is something of an understatement; she’s left in a borderline catatonic state for quite some time as she’s forced to adapt to the perils of wilderness whilst heartbroken for a dozen legitimate reasons.
While it’s a fairly by the numbers twist when it comes to anime of the genre (having the seemingly perfect nice guy attempt domination of some land), Akatsuki no Yona positions it at the forefront of the series. Just about any synopsis you read about this show is going to focus exclusively on the inexplicable act of Soo-Won.
What that means, though, is that the show can focus less on building up to a “shocking” climax and evolve its characters comfortably. This also provides far more liberty for delving into the impacts of the big swerve, even if that comes at the expense of shock value. 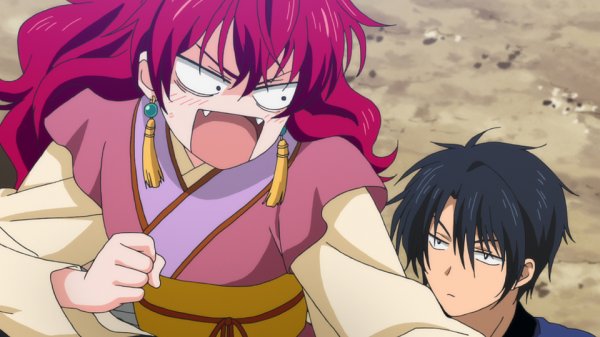 I’m just hoping that protagonist Yona will get her chance to shine unlike a good chunk of female leads that ultimately get sidelined when it comes to pivotal battles or character interactions. Her protector, Hak, is definitely going to hog the spotlight with his flashy wind-based attacks that can topple small armies, but Yona’s got ample room to blossom into something truly special.
The early episodes have emphasised her trauma following Soo Won’s betrayal and that’s a perfectly sensible (if not absolutely necessary) approach given the gravity of his actions. What’s got me excited is just how much foreshadowing there is that she’ll take to the battlefield following her sorrowful stupor. Based on the opening and several scenes, we know that she’s got a knack for the bow so she’s not going to sit idly by as Hak combats Soo Won’s foot soldiers.
And speaking of Soo Won, I’m cautiously optimistic about the manner in which he’s being presented. He contracted no ancient spirit that compelled him to take the life of the king; he killed him of his own volition and without wholly compromising the original personality the show established for him. 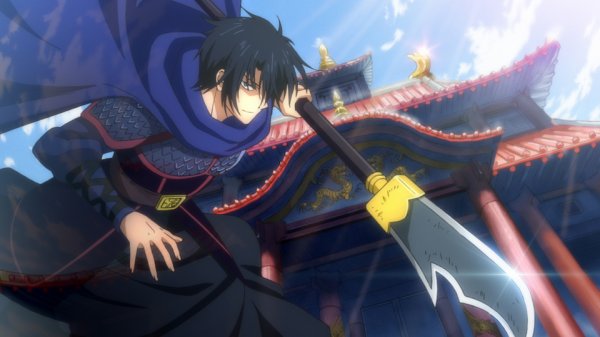 He’s got seemingly legitimate motivations and even after his heel turn he’s still polite and caring of his subordinates, speaking to them politely and caringly with nary a hint of sarcasm. Even if his character itself is relatively archetypal (as are most in the series so far), it’s executed in a manner that dodges many of the blander clichés. It’s far too easy for writers to flick a switch following a heel turn so it’s pleasant to see a betrayal that’s executed with great consideration for actual human emotion – the mindset it would take for someone to actually commit that treachery.
The premise powering Akatsuki no Yona isn’t all that special, but tremendous potential for character development means this is one to keep an eye on.

The Friday 10: Ten Halloween recommendations for a spooky night

Review: The Evil Within (Sony PlayStation 4)