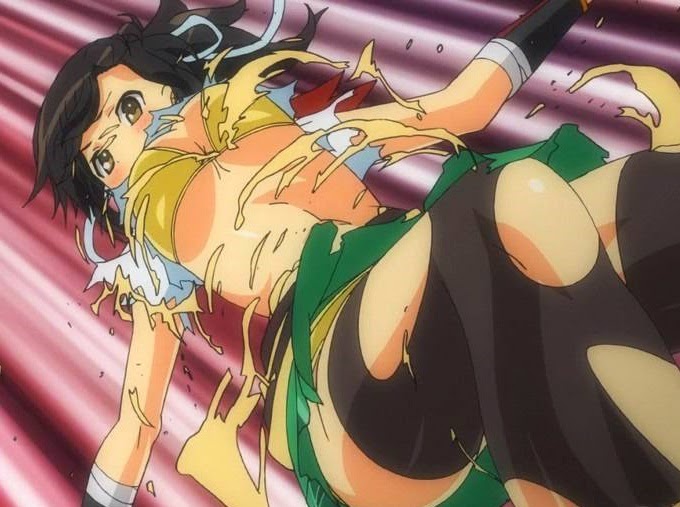 The backdrop for Senran Kagura Shinovi Versus involves incredibly acrobatic young female ninjas and a rivalry between a pair of academies. I admit that I knew very little about the source material, but the story is not so deep that motives and plot are hard to pick up on. In fact both the story and the controls came along quite quickly and easily. There is a substantial roster of characters to be chosen from, and while the list could be a bit daunting at first, combat between them is actually quite similar. The end result is an approachable combat system that is easy to get a grasp of regardless of which girl you choose, yet each has their own style and personality that does get a chance to shine through so everyone will also have a favourite.

(If you’ve got a 3DS, then don’t forget there’s a Senran Kagura game there too!)

Visually Senran Kagura Shinovi Versus is a treat. The combat is fast and dynamic, and there is a wide variety of different locales for the combat. The stars of the show are rightfully the different young women who make up the cast, of course. They’re well designed, and when they are in action their models are fluid and look appropriately deadly. But it’s not perfect. This is a 3D brawler, and the camera can be obtrusive – a common complaint for the genre, sure, but is especially aggravating should it lead to my assailants pinning your heroine into a corner. The other downside is that all of these great character models and hordes of enemies on the screen seem to require lengthy and somewhat frequent load times. These issues are not a deal-breakers by any means, but they’re enough to ensure that no one will see this as a big-budget effort. 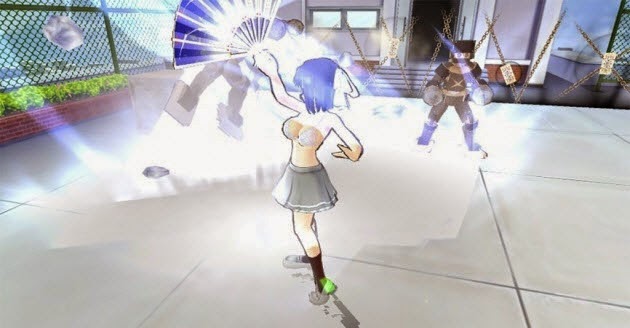 Combat actually reminds me of another series I am very keen on, Koei Tecmo’s Warriors franchise. As with that series there is certainly an element of button mashing as your character tears through dozens of enemies and racks up combinations of over a thousand. And all of the characters behave similarly to one another, but at the same time they have enough unique special moves to keep things fresh. These special moves are always a treat the first couple of times they are used, and not only have different applications in the combat, but actually do a nice job of representing the quirky characters unleashing them.

As with the Warriors games, the further you dig the less Senran Kagura feels like a genuine button masher. An additional amount of strategy comes in how they are dressed. Characters can be clothed in one of a trio of different ways and this impacts how they work in combat. One is geared heavily towards offence, the other defensively and the other is a balance between the two. Outside of these combat options, there are plenty of other options to dress up the characters that can be earned as you play. For those players who like to grind out lots of kills and collect things, Senran Kagura Shinovi Versus offers a good deal of content.

It’s worth noting that this is the same development studio that brought us the often hilarious Akiba’s Trip, so the fanservice was never going to be a huge surprise, but as with Akiba’s Trip, it’s also nowhere near as exploitative as you might assume at first. Akiba’s Trip somewhat disappointed me, because despite the ridiculous premise that was ripping clothes off of vampires to expose them to the sun, it appeared that the developer was too concerned with the reputation the game would get to really go all out with the parody. Senran Kagura Shinovi Versus has no such hangups. It loves offering lingering looks at girls in tight tops and short school uniforms, and takes every opportunity to point out to the players just how ridiculous it all is. 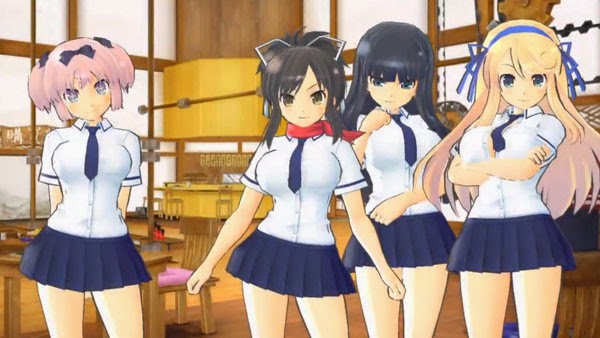 As a single player game, Senran Kagura Shinovi Versus is at its best. There are some multiplayer options, but the servers are as sparse as you’d expect for a game like this. Having tried to play at all different times of the day, I did manage to get some time in online, but it was never a smooth experience. People would drop in and out regularly, and while the idea is solid, but frankly I was just content to go back to Senran Kagura Shinovi Versus’ single player mode and grind up my favourite characters further.

With a surprisingly entertaining story and a charming cast of characters, Senran Kagura Shinovi Versus manages to strike an outstanding balance between its fan service and creating an entertaining brawling title. Primary missions and side objectives should feel familiar to anyone who has spent time playing Warriors games. However, after the fighting comes to an end, instead of talking about their vision for the nation, as the Warriors heroes do, here the girls go shopping for lingerie instead. It’s silly, but taken in the right sense, it’s a satirical adventure that sits on the right side of quality entertainment.