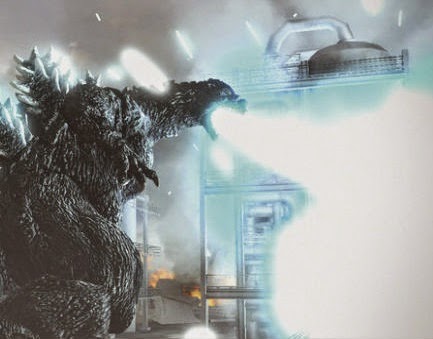 I have a theory: it’s impossible to create a truly great Godzilla game. Allow me to explain: the fundamental problem with creating a game starring a gigantic lizard is that if he controls with the speed and precision we expect from the modern video game, fans will be disappointed that it doesn’t “feel” like you’re in control of a gigantic lizard.

On the other hand, if the gigantic lizard controls like the lumbering mass that he is, critics pan the game for playing badly. Gozilla, the poor gigantic lizard, is stuck between a rock and a hard place.

So how does Bandai Namco’s upcoming Godzilla (western release still unconfirmed) play? Well, it’s like you’re in control of a giant lumbering lizard.

The game uses proper tank controls, and Godzilla moves with all the speed and precision of a land train attempting a three-point turn. His attacks can level buildings, but they also take so long to execute that any people in those buildings would have enough time to grab a coffee, calmly pack up their office, turn off their computers, and evacuate. It sounds like a game that has no right to be fun, right? And yet what’s most spectacular about Godzilla is that, for perhaps the first time ever, it looks like Bandai Namco has figured out how to make all of this playable. 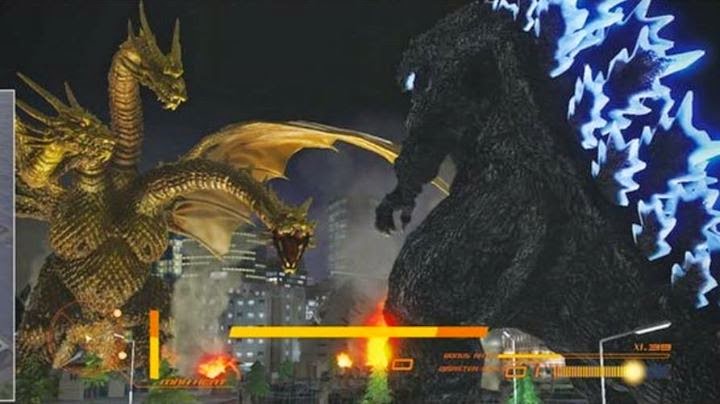 For a start, there’s a much heavier emphasis on simply causing carnage than performing attacks with any kind of precision. You’re Godzilla, for Pete’s sake. You shouldn’t have to care about whether an attack is going to land on a building. Swing that tail around and take out everything – that’s how the gigantic lizard we all know and love does it, after all. In the game the goal is simply to cause enough damage to the city by wandering around it so that a boss monster appears to duel one-on-one. In the demo’s case I got to take on the three headed giant lizard, King Ghidorah. These duels play out like you’re a kid with two plastic action figures – King Ghidorah sprays Godzilla with a lightning breath weapon. Godzilla shrugs off the damage to charge his enemy, pick him up, and hurl him into a building. It’s silly, it’s a little insane, but it’s downright fun to do. For the first time that I’ve experienced, this is a Godzilla game that actually plays like the Gozilla films look.

I honestly have no idea if this kind of insanity would work over the course of a whole game – as I said, Godzilla controls terribly, and with no precision to the combat it’s mostly a button mashing affair, but I do think that this is the kind of guilty pleasure game that Godzilla fans do want to see, so fingers crossed that it makes the trip out west.