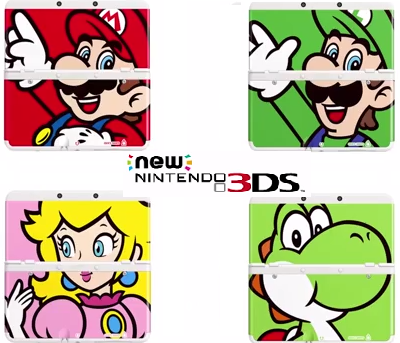 When Nintendo revealed the New Nintendo 3DS and New Nintendo 3DS XL in late August, the Japanese launch date reared its head just as hastily. Nintendo’s European and American branches have been comparatively shy about sharing the planned launch of the new systems, though, offering little beyond phrases along the lines of “no plans for this year”.

Australians (and New Zealanders, naturally) are in for a pleasant little surprise, however; both versions of the New Nintendo 3DS will be released on November 21 this year down under.

Nintendo of Australia’s Tom Enoki officially confirmed that this will be the system’s first launch outside of Japan and the only major market debut until 2015. So yes, Aussies are actually getting a system earlier than both Europeans and Americans for once and the timing difference is going to be more than a handful of days. It’ll hit shelves just in time for Christmas shopping too.

Enoki didn’t discuss much new information in the Australian Nintendo Direct, instead running down the known features with pretty graphics, but he did list the price points for the Australian release. The standard model will run you $219.95 AUD whilst the XL equivalent is slated for $249.95 AUD.

No AC adapters will be included, but it’s worth reiterating that chargers for any Nintendo handheld after the DS Lite will be compatible if you’ve got one laying about. There will also be charging cradles, which come in black and white for $14.95 a piece. The regular model comes in white and black with its larger brother getting metallic variants of blue and black.

Lastly, Xenoblade is indeed on the way for Australia in 2015 and games from the UK will work on the system as usual.

In a bit of related news, WayForward, developer of the upcoming Shantae and the Pirate’s Curse, has confirmed that the aforementioned game will receive an update to support the additional control options of the new systems. I’ll not spout some propaganda but leave you to speculate on how fervently other companies will react to the New 3DS.

TGS 2014: Hands-on with Godzilla on PlayStation 3