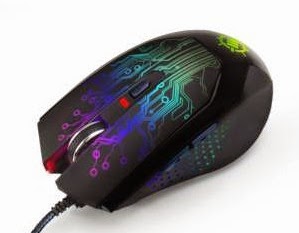 This is quite literally one of the more colourful mice on the market, and while I can certainly appreciate the aesthetics, that would mean nothing if the thing didn’t do its job. The ENHANCE GX-M1 is a pretty simple gaming mouse, but it has just enough bells and whistles to help it stand out considering its reasonable price.

The first thing I took note of was how nice it looked – especially when all I had to do to set it up was to plug it in and let my Windows 7 and 8 machines install the drivers. It took a couple of minutes to complete, and during that time frame the mouse cursor on the screen was completely frozen. This might lead some to believe that their machines has locked up, but I have seen that before with other mice and simply waited the process out. That hitch aside, there is no other software needed and no configuration process required. The mouse began glowing immediately, so I had a chance to study it in the dark while turning it over a few times and holding it a couple of subtly different ways to see how it looked and felt.

The glowing lights on the ENHANCE GX-M1 certainly appealed to my wife, who has taken this mouse over as her new favourite for the limited number of games that she plays and her graphics design business. The glowing pattern oscillates between a range of rainbow colours on its own. However, if that kind of illumination is distracting to you, there is a switch on the bottom to turn it off. 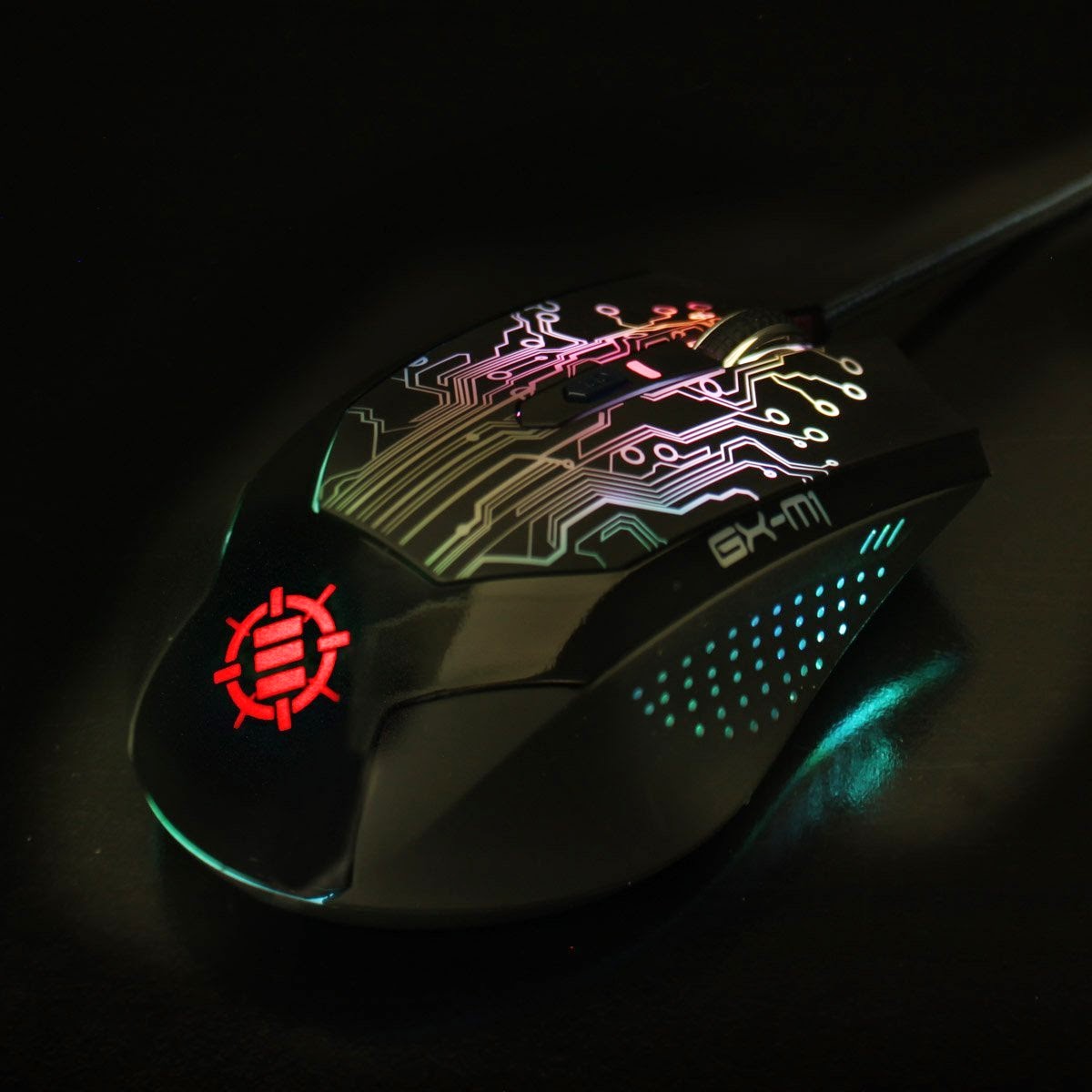 I thought at first that the mouse might prove too small, and it certainly is just a little smaller than I personally like (I have fairly large hands), but its shape was comfortable enough that I did not have any discomfort in my wrist or hand even after several hours of straight use. I mentioned that my wife has been using it for her graphics design as well, and she spends hours at a time working with images on a fine pixel-by-pixel basis, and the ENHANCE GX-M1 remained very comfortable to her, and was nice and precise.The best way to describe the feel of the mouse is that it is very light, with concave sides near the base with a rubbery texture.

One of the biggest oversights for this mouse is its lack of programmable buttons. I have gotten used to the ability to customise some/all of the buttons on a gaming mouse, but this one has standard mouse buttons plus a DPI and forward/back buttons. These two are represented by a pair of buttons on the left side can be used as forward and back – handy when surfing the web. These two buttons have a nice rubbery feel to them, but are also too flimsy to be perfectly comfortable. The mouse as a whole feels light, and while it moves easily enough, I do rather worry what a drop or two might do to it. They are also very sensitive. Thankfully they are located high enough up along the side that they are not in the way, but merely brushing them with a thumb can cause a page to jump forward or back – a real hassle if you happened to be entering data at the time on a page and lose that work. If the mouse had been programmable, those buttons could have been reassigned to do something else, but unfortunately that was not in the cards here. 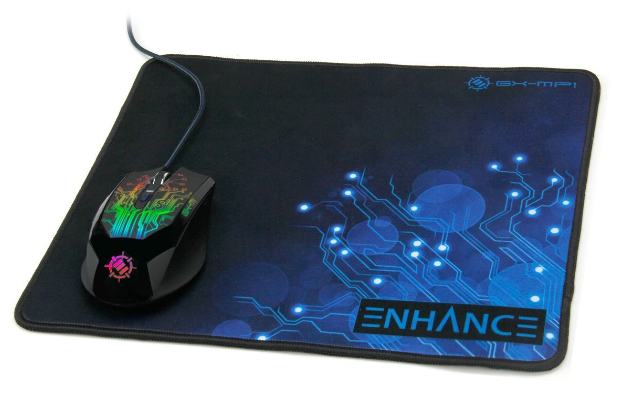 One thing to note is that the mouse buttons themselves are quite noisy, almost like using a mechanical keyboard. I do not mind, and in fact most of the time I have headphones on when I am gaming, but this is not a quiet mouse for those who take that into consideration.

The last feature to talk about is the DPI switch near the centre of the mouse. It is a subtle little guy that runs longer than wide about an inch below the scroll wheel (which has a grooved texture itself). It is a simple switch that jumps between 1200, 2400 and 3500. The 1200 setting is just too low for anything, but my wife usually used it at 2400 for her graphics and I kept it at 3500 for gaming. This setting combined with a large, well-surfaced mouse pad or mat means you can make very rapid in-game movements without having to pick up your hand and reset. I found this quite useful in RTS games in particular.

The ENHANCE GX-M1 Optical Gaming Mouse is very pretty with some nicely designed features that make it quite useful in both gaming and casual use. The DPI could still do with higher max settings, but the responsiveness was still pretty solid at the highest setting of 3500. More than anything else, it’s easy to set up and use, and so, while the GX-M1 is not the most feature-rich mouse on the market, but it is reasonably priced and proves to be of good quality.

This mouse can be purchased here