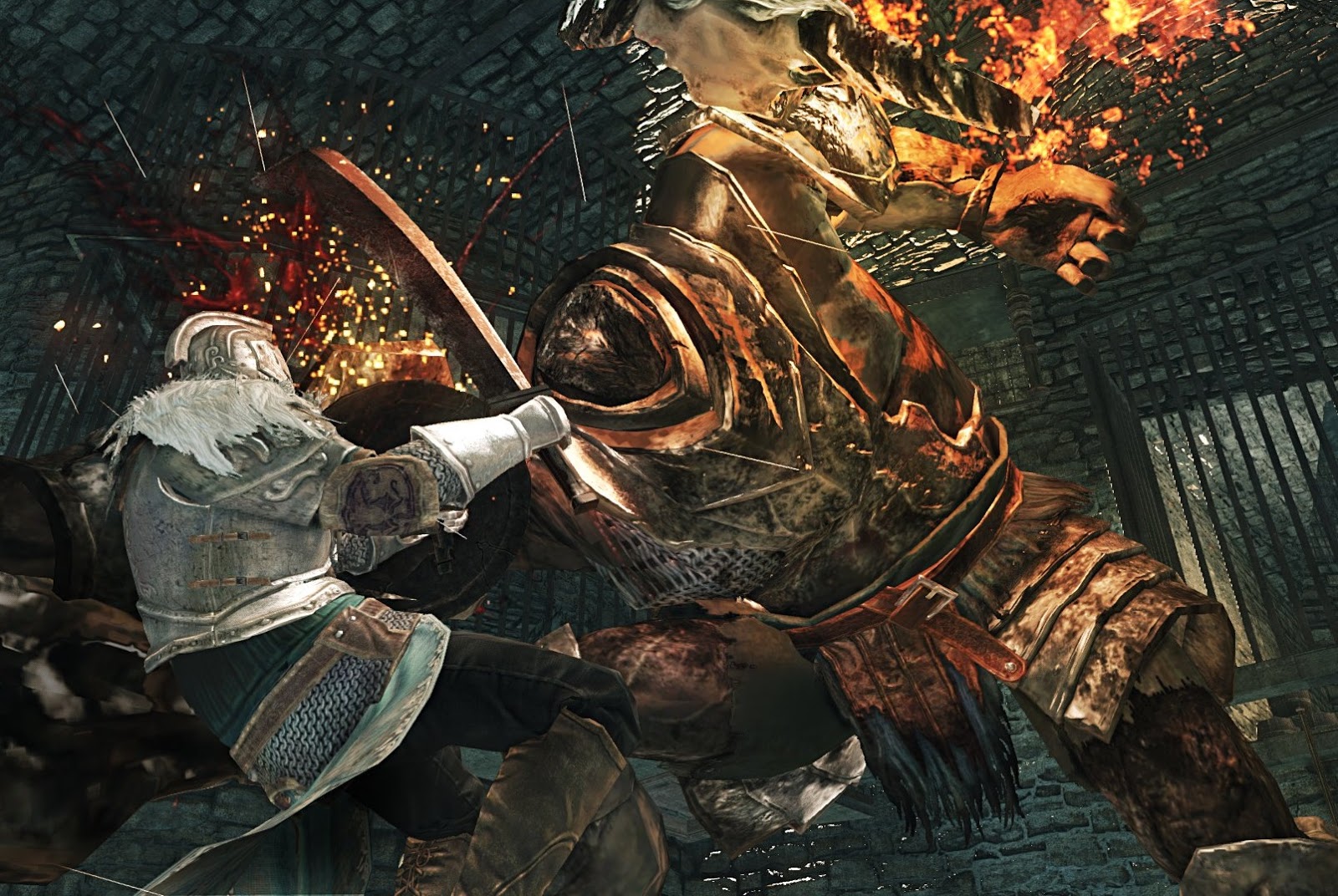 After a trio of add-on expansions was first announced for Dark Souls II, I had the feeling that From Software would be dishing them out in small, bite-sized pieces of content this time, compared to the arguably meatier experience that was Artorias of the Abyss (the DLC from the first Dark Souls). My feelings seemed to be validated with the first DLC, Crown of the Sunken King, and it’s equally true when we look at the newest piece of content, Crown of the Old Iron King.

In fact, both pieces of content follow a similar design philosophy, one that I’m sure will also ring true for the third (and final) planned expansion. So far, both add-ons have harkened back to a more tight-knit level design, reminiscent of the original Demon’s Souls or Dark Souls rather than the open-ended design of Dark Souls II, with an emphasis on verticality. Whereas the Crown of the Sunken King unfolded in temples and tombs that were often different to what we’d already seen in the proper Dark Souls II game, Crown of the Old Iron King trades this in the new for something a tad more familiar. The main draw this time around is a handful of gigantic towers (referred to collectively as Brume Tower) that sit upon a volcano. Brume Tower looks and feels like a natural extension of Drangleic, meshing well with the original visual layout of Dark Souls II, and offering just enough by way of small tidbits of lore and story to keep veterans keen.

There’s a clear emphasis on fire this time around, both within the environment itself and imbued in the new enemy types. Halfway through the DLC, you’ll come across some rather stocky, legless fellows that creepily drag themselves in your direction, with their main method of attack limited to self-destructing, and the goal of taking you out in the subsequent explosion. Creatively there are some other critters that can be a boon to your quest, such as the non-hostile gremlins that carry around barrels filled with some sort of a liquid explosive. These gremlins won’t attack you, but you can attempt to lead them into other enemies, and watch as they do some deadly work for you. 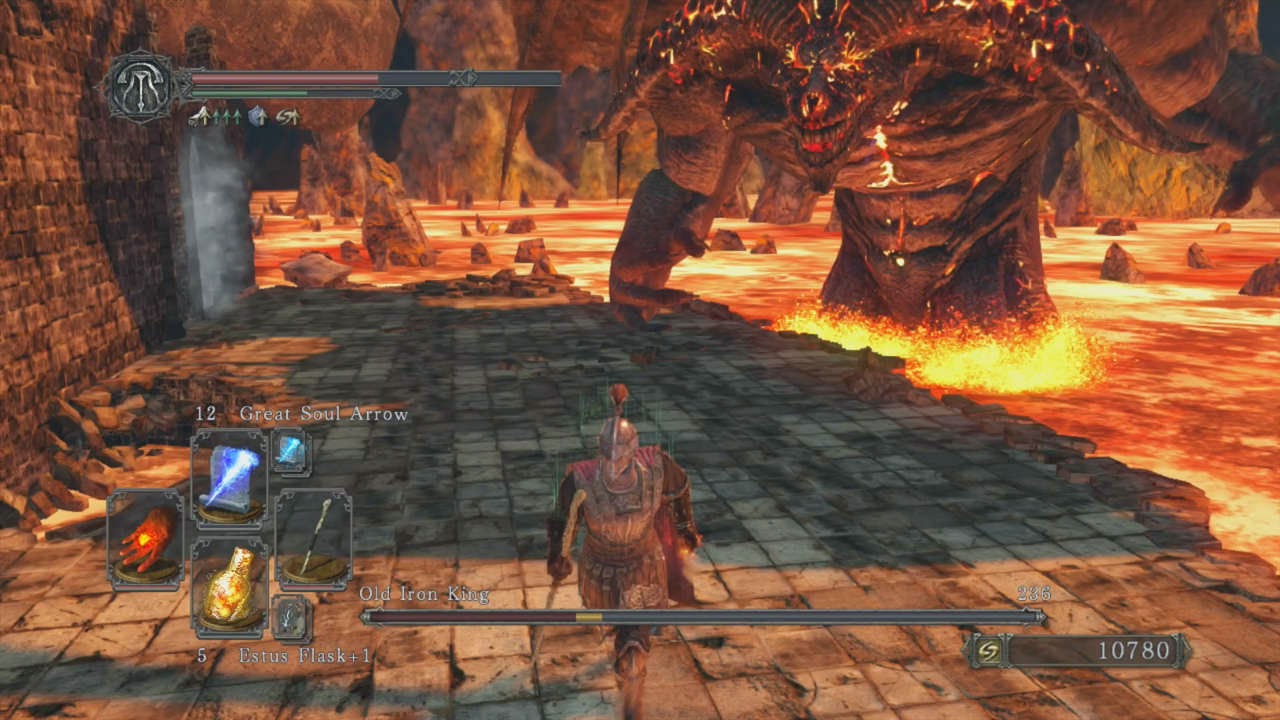 Old Iron King doesn’t feature the same shifting landscapes as the Sunken King (nor are the environments and level layouts as complex), but there’s a very rewarding process of discovering the interconnected nature of the towers. As expected, there are plenty of shortcuts to find and open, and with most of the add-on taking place within Brume Tower, you’ll be able to navigate from top to bottom fairly quickly by the end of it all.

Environmental objectives and puzzles are mostly limited to the “find this key” or “pull this switch” variety, though Old Iron King reuses a mechanic featured in Sunken King, where some enemies cannot be beaten until a specific object in the environment is first tracked down and destroyed. It’s an entertaining mechanic that often forces you to avoid enemies rather than face each one head on, and at times, it’s almost comical in nature as you deke and dodge past and under enemies as you scramble to find whatever magical object is constantly resurrecting them.

All up, while I was initially hopeful that From Software would be a bit more daring and experimental with this round of DLC, Crown of the Old Iron King is still as entertaining as one would expect from the series, even if some of the wow factor has been lost along the way.