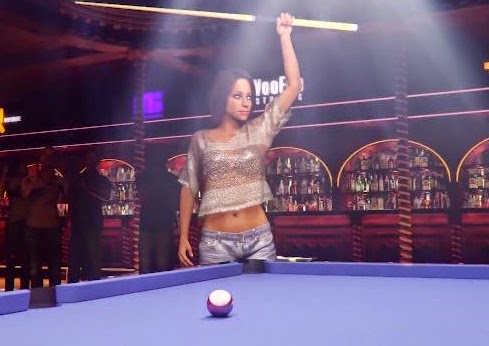 Pool is a game of angles, skill and determination. If you play the game anything like me, it is also always the ball’s fault. To say that I am the unluckiest man in history when it comes to making simple shots in pool is a reasonably accurate statement. I enjoy playing it immensely, but for some reason all my forward planning all goes to hell in a hand basket once I’ve struck the white ball.

Pure Pool comes along for the PS4 to allay my fears that I’m not completely terrible at pool. Its simple approach proves to me that much of what I attempt in real life comes down to strategy, that sometimes balls I think will be easy are far from it, and that setting up for a couple of shots down the track can be paramount to victory. VooFoo Studios is renowned for coming up with incredibly detailed renditions of parlour games, and making them look incredible in the process. Just looking at our previous reviews for Backgammon Blitz and Pure Chess shows you how much attention to realism VooFoo are always looking for when crafting its games. Pure Pool is no different, minus the smell of beer from the nearby pub.

(You can also check out our review of VooFoo’s previous attempt at pool, Hustle Kings, here) 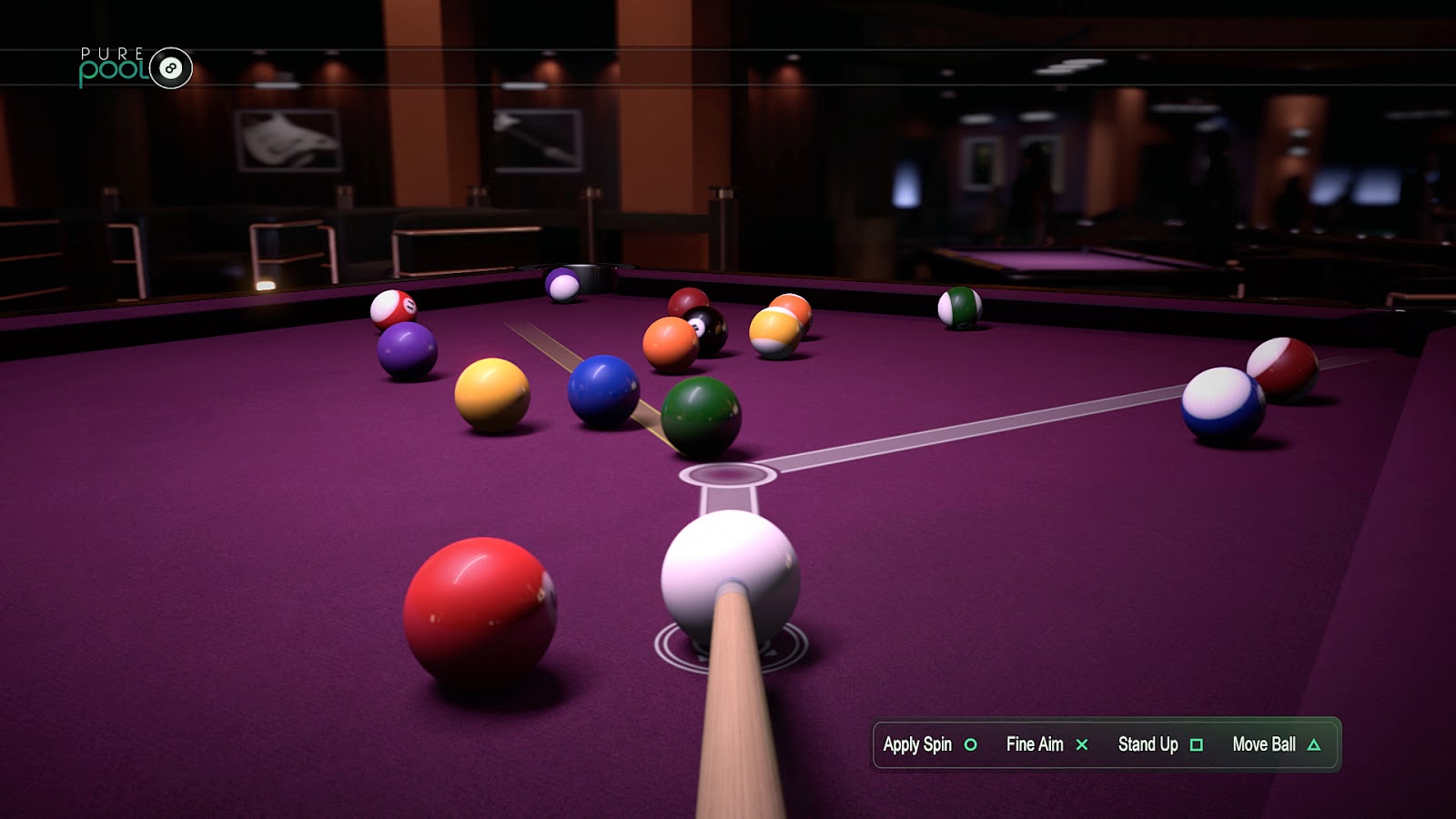 Pure Pool is a bare-boned affair. It simply starts off with a tutorial (one which, oddly, I can’t seem to go back to, as I skipped half of it) which from what I saw, showcased a variety of strategies from breaking, to snookering the ball. Career mode offers a series of matches against AI opponents, who at even the easiest ‘Rookie’ level, will pummel you into the ground if you make a poor shot. I learned very quickly that I should be sinking two or three balls in a row in each turn if I was to stand a chance – just like the real game against any but the most amateur or players. These matches also came with interesting challenges in order to earn in-game “stars”, from sinking a ball from a break, to sinking a ball from over 200cm away, which adds some replay value to what some may see as a rather monotonous game. Side games to the career mode involve precision and speed based games, which can also net you some additional stars dependant on how well you perform.

VooFoo, forever aiming for realism, do not provide the means for players to magically hover above the pool table from a bird’s eye perspective in order to see everything that is going on. Instead, the game simulates the action of physically standing up and walking around the table, which is a delight. To help players with angles, there are on-screen indicators that show which direction the ball will go in relation to the other balls that are hit along the way. This is also well done, as easy shots are obvious, whereas more difficult shots will not show the entire path the ball will take. This side of things might not be entirely ‘realistic’, but it’s a necessary concession to the video game format while also visually representing the kinds of mental “lines” that we draw when playing the real game. 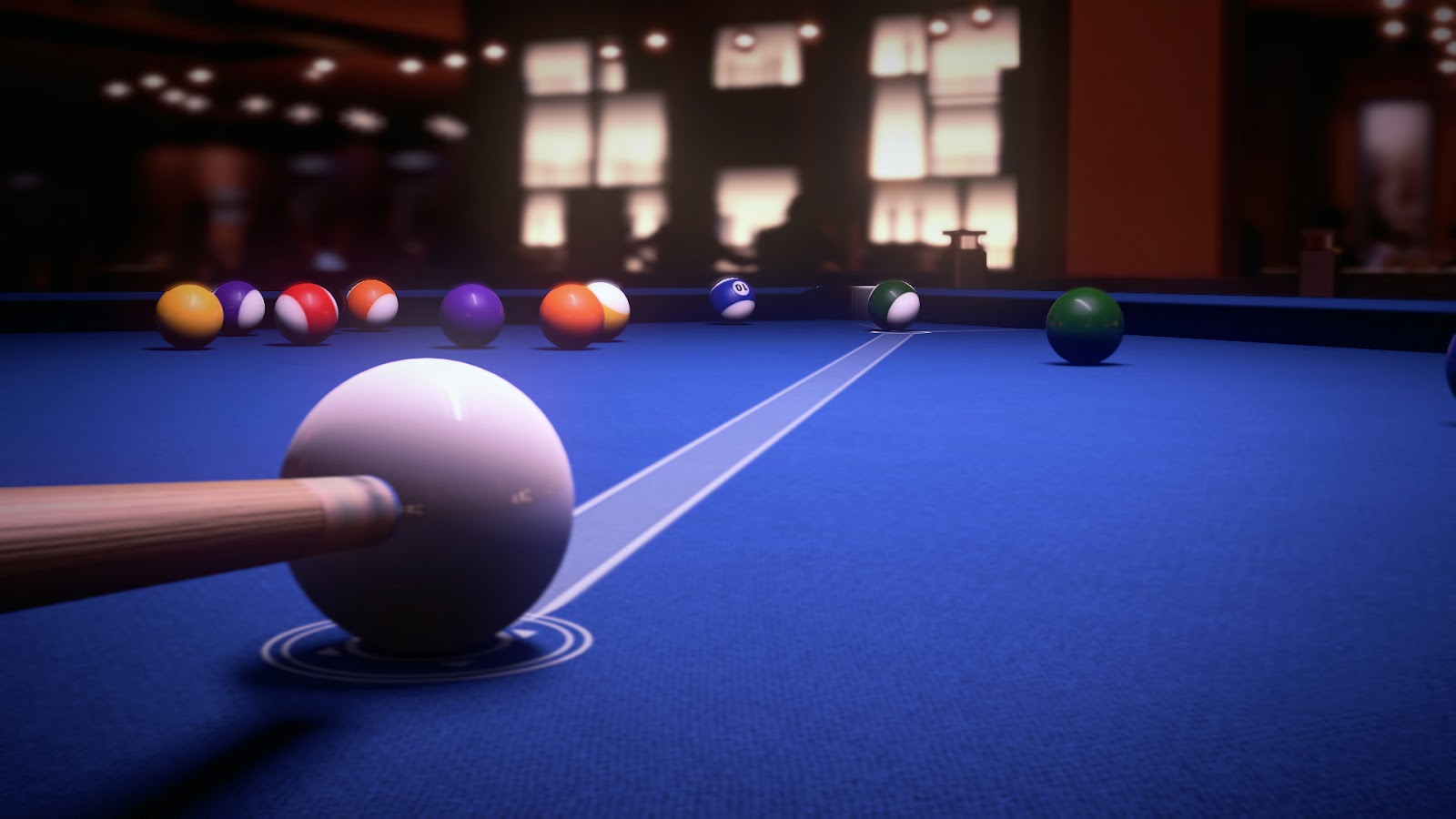 Online is a fun affair, and again, simple in its presentation. The game constantly tells you when other players come online, so that you are ‘always connected’ in a sense. Finding opponents is always easy, and I imagine it will be into the future, as pool is a quite popular digital sport. The only downside to online play is the time taken for each shot: it allows the other player take the shot, and then it uploads the data to you for your own viewing. It can be tedious, as this can take up to twenty seconds per shot, but other than this, the game remains a joy to play. You can also download the ‘DNA’ of online players, as the game builds its own profile of you and your play style. Soon enough, I imagine a Terminator will come back from the future and challenge me to a game of pool, but until then, people can revel in the fact that they can download my DNA and proceed to see me smash every ball as hard as I possibly can.

From the photorealistic detail, realistic pool physics, and an approach where you can just sit down and play without going through a hundred options, Pure Pool offers bang for your buck. It’s challenging from the start, but in a way that promotes your growth, you will want to get better in order to beat your opponents. If only the online was a little more real-time, I would be inclined to give this a perfect score.