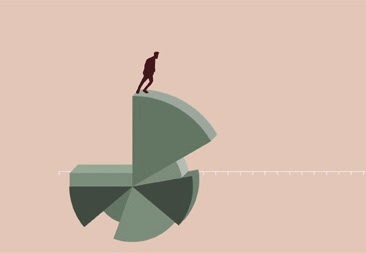 Platformers are a dime a dozen in the world of indie development, but it is easy to see why. With generally small development teams and even smaller budgets, platformers are an enticing prospect for fledgling developers, allowing them to use their creative talents without the need for technical wizardry or over-extending on game design. The downside to all of this is that the market is flooded with similar titles, making it hard to get excited about yet another indie platformer when it lands.

Despite all of this, Metrico managed to get my attention when it was announced early last year. A platformer centered around data, graphs and infographics is without a doubt one of the more unique pitches I have heard, and it seemed like a perfect fit for the Vita, which is home to more than a new niche games and genres.

Unfortunately despite a novel premise, Metrico stumbles more often than not, falling victim to a few design issues.

Most notably is Metrico’s unyielding obsession with using every single possible input method at the Vita’s disposal, even if it really does not do anything to add to the game – or worse yet, actually detracts in a significant way. While Vita hardware gimmicks have worked well in some other games (Media Molecule’s Tearaway comes to mind), they fall flat here. Metrico requires the use of different inputs in conjunction with the environment to advance, making it difficult to play on the go. 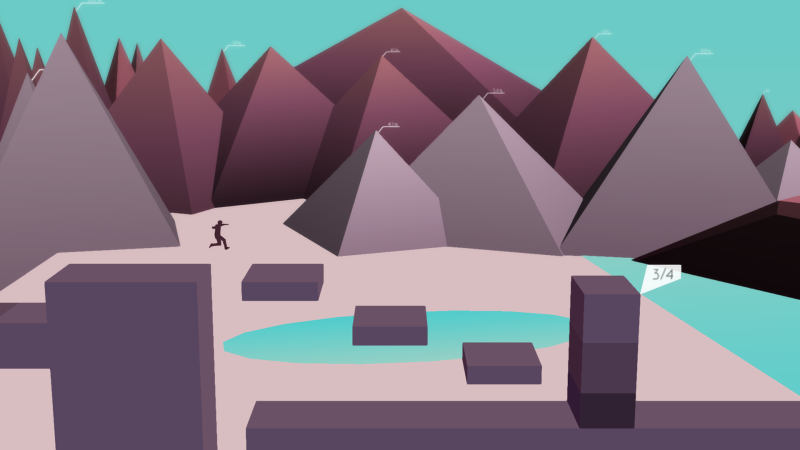 For example, the game takes advantage of the Vita’s back-facing camera, requiring players take pictures of certain colours in order to proceed. This sounds interesting in theory, but fails in practice. I tried to play Metrico on the bus, but had to stop quickly because I needed to wait until I could return home and assemble a few household objects to have the right colour combination to progress. Combined with somewhat hit and miss controls (firing projectiles with the rear touch pad never seemed to work the way I wanted it to), and I found myself playing a game that seems to be working against itself more often than not. It is also worth noting some of the stability and loading problems. Metrico struggles to maintain a steady framerate, levels will sometimes glitch out forcing a level restart and considering what a simple, small game this is, the load times seem curiously long.

Technical and gameplay issues aside, Metrico does deliver on the data-based platforming that it promised, even if it does require a good deal of trial and error. You take control of a female or male avatar, exploring a connected world littered with enough charts and graphs to fill a statistics class. However, maneuvering around each level is not limited to simply running and jumping around obstacles. Instead the environment responds to your actions. For example, having the avatar jump up and down might raise or lower the ground, or walking backwards might prompt a platform to move left while specifically moving forward can cause that platform to slide right. 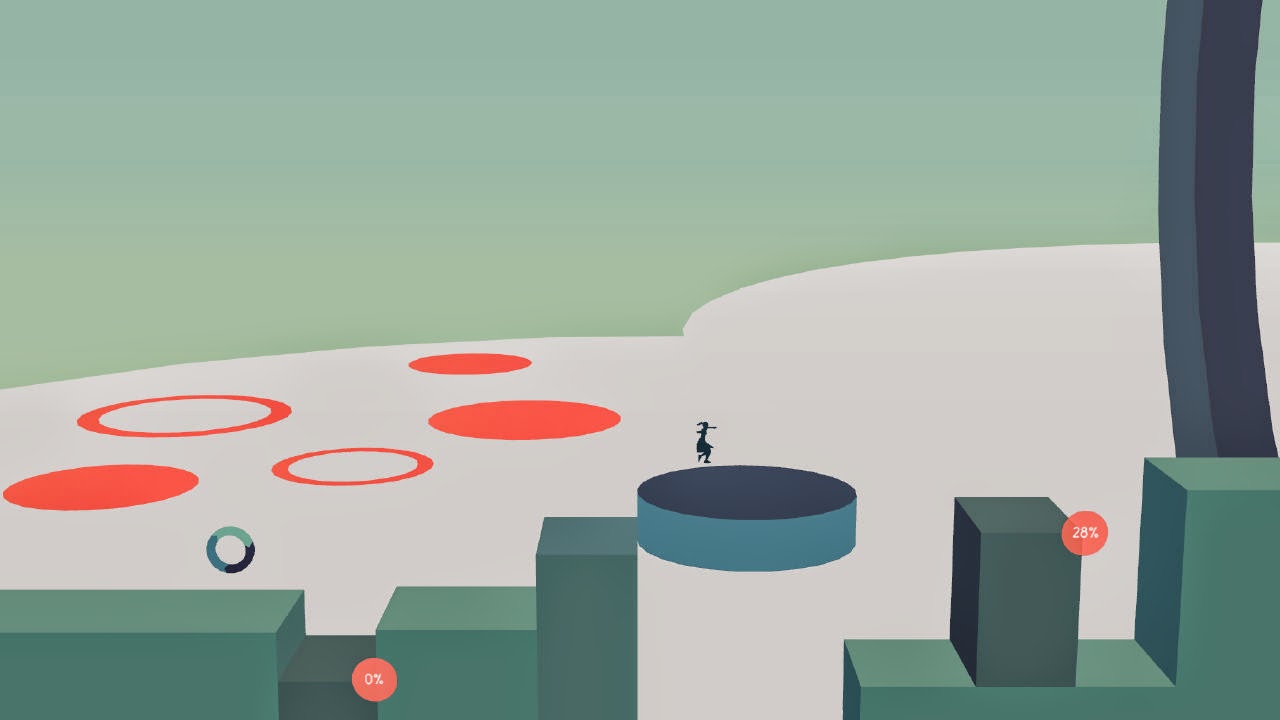 These gameplay mechanics are simple enough to wrap your head around at the onset, but Metrico’s puzzles quickly become more complex. Once again, Metrico starts to struggle at this point, because the game becomes far more cryptic than it should, with levels lacking any sort of indication as to how to proceed. This often leads back to trial and error as I was forced to try every input method available in hopes of getting the level to respond to me in some way. This really hurts the flow of the game, as advanced levels force so many level restarts that Metrico can never settle into any sort of a rhythm.

It is a shame that advancing can be so difficult, because there are certainly moments worth experiencing, despite having to wade through a sea of troubles to get there. The audiovisual presentation is excellent, making creative use of flat geometry and muted colours that couple nicely with a subtle and relaxing soundtrack. Turn up the brightness, put on a comfortable set of headphones and Metrico becomes a more appealing prospect. There is little in the way of narrative, generally leaving the events to the player’s interpretation. Perhaps the most intriguing inclusion is the pair of doors placed at the end of each world. Players have the chose to go through either door, though there is no explanation as to what impact the choice has (if any) other than a graph that displays what other players chose.

It is disappointing to see a game like Metrico take so many wrong turns and squander so much promise. It becomes yet another example of a game burdened by feature creep, one that started with a simple premise that becomes buried by complexity.