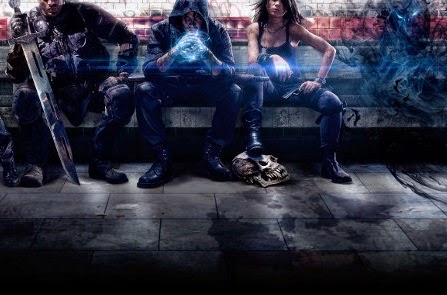 Have you ever played Dungeons & Dragons or another pen-and-paper RPG? Where a group of friends will come together to play a game, and one of them plays the bad guy while all the others work together to try and defeat that player’s traps, monsters and the like?

Shadow Realms is a 4v1 multiplayer action RPG in which a group of players are pulled into a real world-like scenario (despite being the standard RPG classes), and need to figure out how to defeat the Shadowlord – or for Dungeons & Dragons fans – the Dungeon Master.

But the similarities to pen-and-paper RPGs don’t end there. When you buy into a pen-and-paper RPG you’re also likely to pick up new adventures to play on a regular basis. Well, BioWare is promising to release new “episodes” to expand the scope of this game on a regular basis. And while most multiplayer games don’t bother much with story (after all, the other players are more likely to be hurling homophobic comments at you than playing along), BioWare is promising that this game is very, very focused on the story.

This game is being developed by BioWare’s Austin office. It lands on PC at some point in 2015. We really can’t wait.