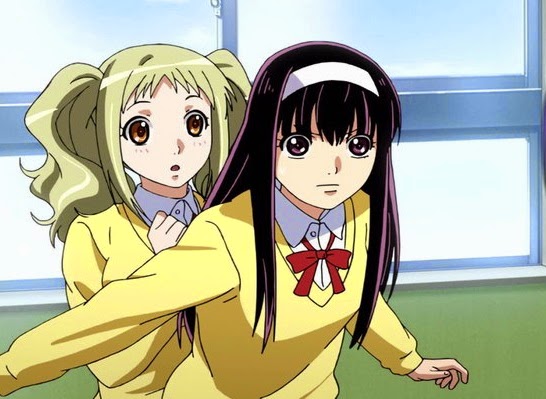 It’s one of those Weekly Shōnen Magazine franchises that is positively filled with cliches. There’s a school girl. She’s a smart lass, and more than capable of holding her own in her martial arts club at school. She’s very pretty, and all the boys in her class have a crush on her, despite her showing now interest in them whatsoever.

And then a dude shows up. A really bad dude. A vigilante dude that runs around engulfing evil crime lords and the like in a bluish hellfire. The girl doesn’t approve of the dude’s methods, but she broadly finds herself supporting his cause, and BAM! we have an anime plot. 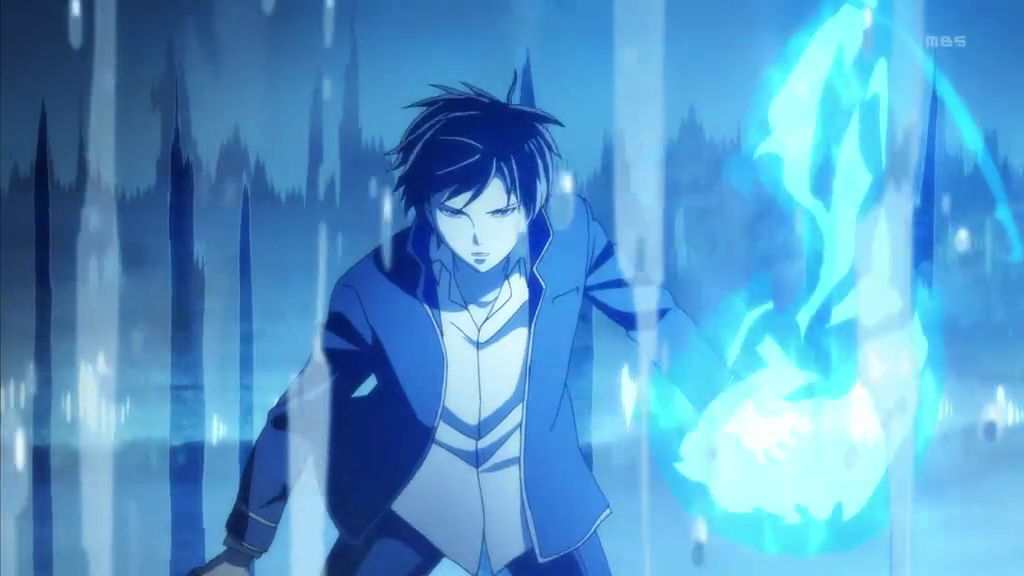 Sakura Sakurakōji is the girl, Rei Ōgami is the dude. Ōgami is what the anime’s title refers to; he’s one of a group of Code: Breakers: Government-sanctioned assassins that find themselves in an eternal (and quite morally questionable) conflict with threats to the Government and, indeed, the world. Sakurakōji is not a normal girl herself – she’s somehow immune to Ōgami’s flames, and so she ends up tagging along with him and other Code: Breakers on their quests, all the while throwing in some teary moralising to try and convince the bad guys to hurt the really bad guys a little less.

As I said, it’s all more than a little silly, but harmless in a childish kind of way. Ōgami’s voice actor, in both the English and Japanese dubs, goes out of his way to sound as menacing as possible as often as possible. This becomes as annoying as all hell quickly enough, but despite his own insistence that he is “evil”, Ōgami has plenty of redeeming traits, and you just know that over the course of future seasons that he’s going to soften up, develop real affections for his groups of friends and so on and so forth.

Sakurakōji, meanwhile, is everything that’s wrong with female roles in Japanese popular anime. We keep hearing that she’s an important someone, and in irrelevant scenes she’s able to display that she’s a cut above a typical human being, but over and over again she either needs saving from the male characters, or she plays a subservient role to them. We see this over and over (and over) in anime, especially anime aimed at Japanese teenagers, and it’s truly annoying because almost universally it’s these female characters that are the interesting ones. 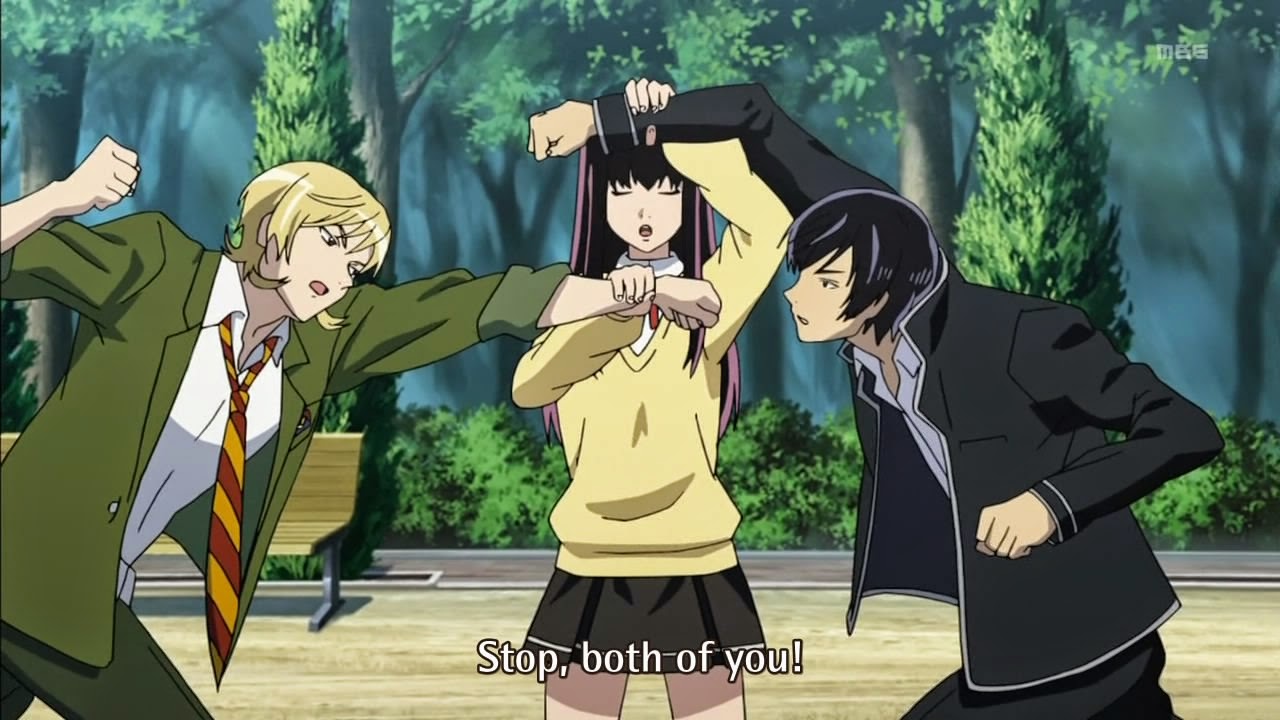 Gender roles aside, Code:Breaker runs at a rapid pace and offers up plenty of action and escalation to keep the drama high. This is supported by pleasing character designs and a decent, albeit standard anime technique. Coming off my Monogatari high from last week (my reviews of Bakemonogatari and Nekomonogatari) it’s a little jarring to go back to the simplistic and realistic backgrounds and frequent still images in order to save production costs (animating stuff costs money), but it’s aesthetically pleasing.

On Blu-Ray the footage transfer is good, but the features are standard at best. Trailers and commentaries and the like are fine, and having dual audio is essential for this kind of popular show, but this is Blu-Ray, and as I’ve said in a couple of times in the past, if you’re going to ask people to invest in a Blu-Ray, rather than just watch a stream, you’re going to need to offer more incentives than the most basic of features.

Code:Breaker is fun. Nothing less, and nothing more. It’s not going to change your life or be listed among your favourite anime of all time, but it does its job fine nonetheless.