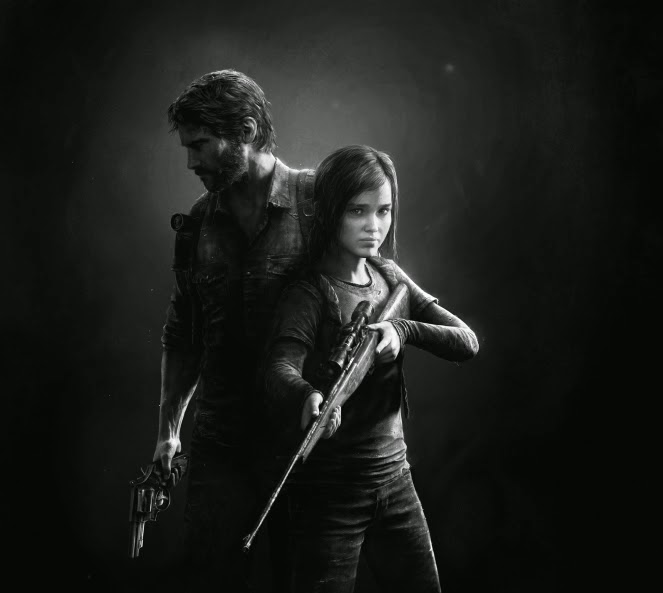 As with any “next gen remake,” there are questions that need to be asked about whether this was worth dipping back into. I can comfortably say my time with The Last of Us Remastered has still been time that was very well spent.

This was a game that were were already quite fond of, but there are a couple of bells and whistles that have been added into this package. The Last of Us Remastered comes with additional DLC such as multiplayer map packs that were not part of the initial game’s release. The graphics also get the expected facelift due to some improved textures and the option to play the game at 60fps. The speaker in the PlayStation 4 controller kicks out additional audio and the sensor bar changes colour with damage taken. Frankly, if you’ve already experienced everything that the PlayStation 3 game had to offer you’ll need to be a really big fan of the game for these additions to mean anything. Then again, there were a lot of really big fans of the game. 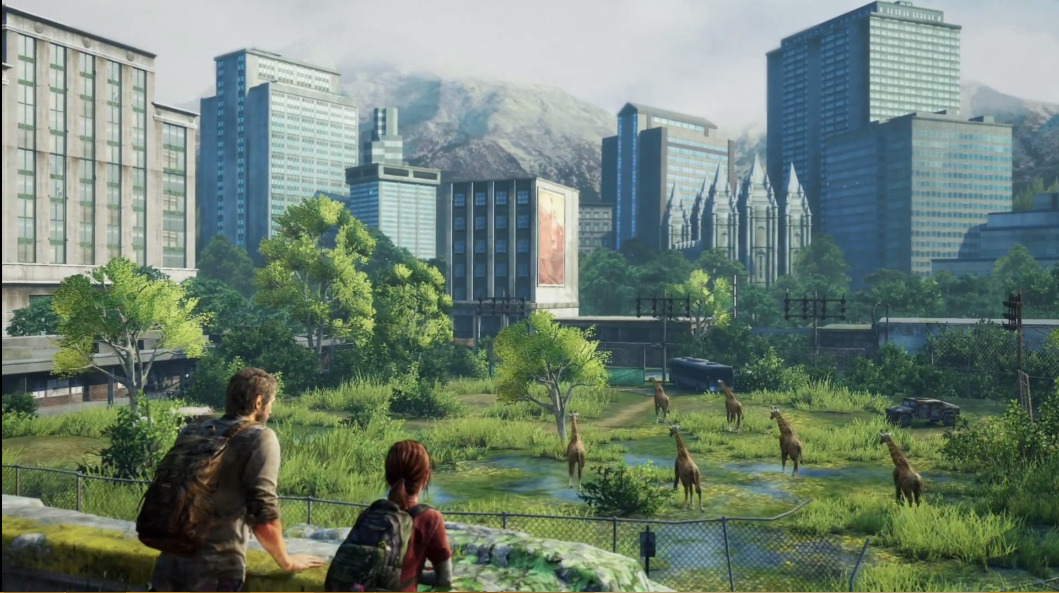 About a year ago, when I first played The Last of Us, I did so over the course of a weekend. My son and I took turns playing it and we both beat it in that time. We then hopped into multiplayer and had a good time with that. Then I sold my copy to a buddy, because I had accomplished everything I had felt there was to do. Certainly I could replay on harder levels of difficulty for a greater challenge, or dive back into the multiplayer aspects which has the standard endless replay value, but The Last of Us appealed to me because of its story, because of its characters, and I did not feel compelled to revisit them again in the near future.

The Last of Us begins with Joel and his daughter sharing a quiet evening together. They clearly love one another and share a sort of safe happiness where they do not seem awash in money, but content with one another and the good relationship that they have with Joel’s brother suggests that it’s a happy, healthy family environment. It is a calm, measured way to introduce the characters and some of the core game mechanics before the world erupts all around them and a deadly pandemic breaks out. As scary and as deadly as this mysterious disease is, its impact on people goes further than just how it alters their bodies, but also instills panic and brings out the worst in people who are completely healthy as well.

The core game then advances twenty years to examine Joel in a new world. Gone are the familiar family and apartment he lived in previously. He appears much the same at first glance, with more grey in his beard and hair and some new wrinkles on his face, but he physically gets around well and appears to have adapted to a much harder style of life. Joel’s life now focuses on around food rations, very few people he would consider friends and an willingness to do whatever he has to in order to make ends meet. Desperate, hard times have made Joel a much harder man after everything he has lost. 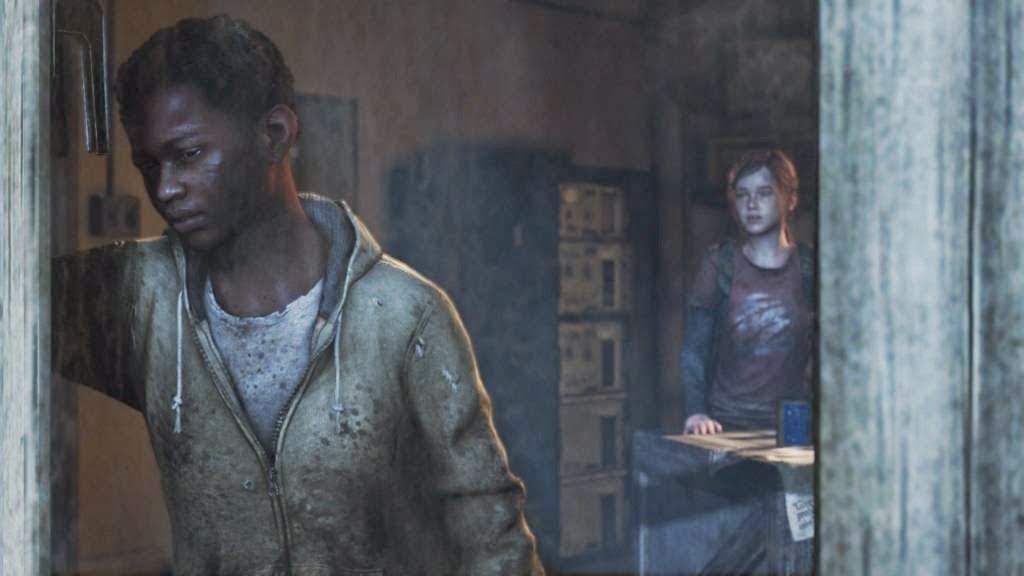 Ellie is introduced a short time after, and it’s quite obvious that through her Joel sees the opportunity to make amends for his perceived failure as a father. He might have an noble streak in him, but Joel is in many ways a difficult protagonist to like. Sure it’s easy to understand or empathise with him, but he often comes across as cold and selfish, and it’s difficult to like him as a result.

Meanwhile, the world of The Last of Us oddly reminds me of Dark Souls II. It is dark, it is oppressive and it conveys a sense of despair. It’s powerful, but it is not always a fun game to play. Where there is a moment of rare relief it is only fleeting; like a slight glimmer of hope that is rapidly snuffed out. If nothing else, The Last of Us is a masterpiece of narrative pacing, with Naughty Dog proving over and over again that a good action game relies as much on the moments of peace and quiet as it does the tense gunfights.

Because The Last of Us does take time out between the action, it’s also able to attack some surprisingly meaty themes for an action game. A core concept that the game continues to return to is the idea that under a disaster that is quite literally apocalyptic we get to see humanity at its worst. People don’t have the luxury to commit selfless acts, and those that do find themselves punished or killed. Sure there’s the monsters and virus in the background as a perennial threat, but these aren’t the real problem; people are still the main threat. 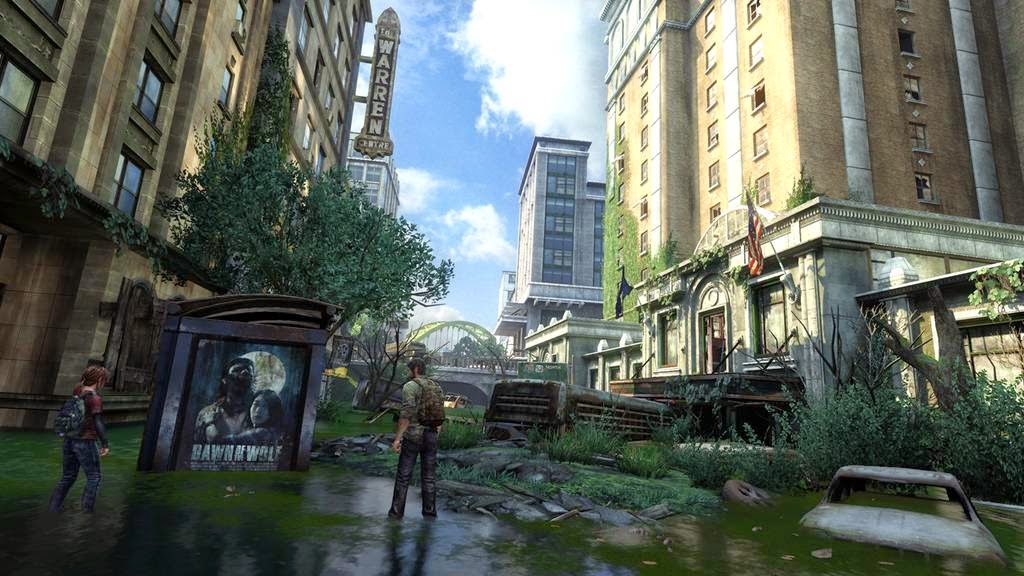 Playing against that is Joel, seemingly helping out Ellie at great risk to himself. Without giving away the narrative however it’s quickly evidence that Joel isn’t doing this for entirely selfless reasons either. The relationship between these two characters is at times complex, even nuanced, which is rare for AAA-games, and if you’re able to work through the often-irritating stealth sections and far too generic combat structures, you’ve got a game that arguably falls on the wrong side of ludonarrative dissonance at times, but is ultimately forgivable.

When I finished The Last of Us Remastered, I was reminded of the myriad feelings I had at the conclusion of the game nearly a year ago. Just like then, I put down the controller while leaning back in my seat while giving thought to the story, the characters and how I felt about what had happened. In the end I came to the same conclusion now that I did back then: I had fun with the game itself, but it was the narrative that will no doubt be what sticks with me for some time.