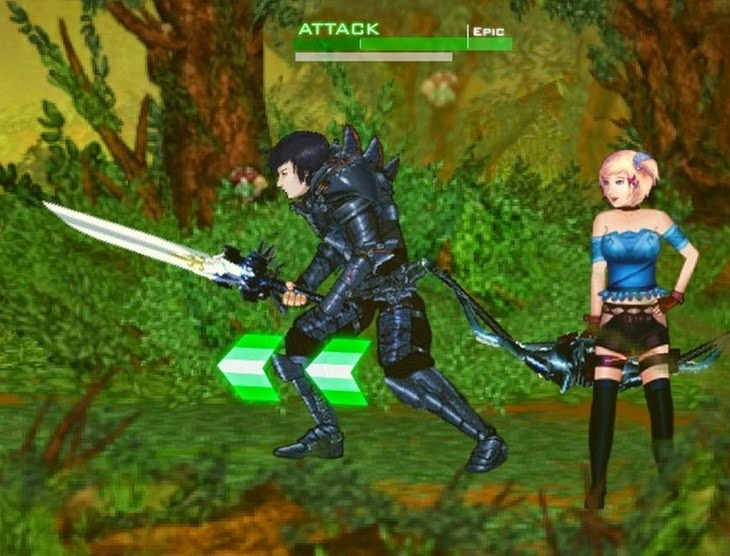 Fearless Fantasy… FF… where have we seen this acronym before? Must be my imagination. Fearless Fantasy is an interesting take on a combat heavy turned based RPG. Where this differs from other RPGs is that it takes a page from Sony’s Legend of the Dragoon in which combat requires precise timing of moves in order to land more powerful blows. Oh, and it’s also incredibly silly.

The story starts off with Leon, the world’s most dangerous bounty hunter who uses what amounts to a gunblade (yep…), receiving a phone call requesting that he rescue a woman from the king’s guard for about five hundred gold (yep…). Weirdly enough, all the dialogue is very well performed, and the presentation of the game is generally excellent. Fearless Fantasy’s developers opted for an interesting sepia aesthetic within the cutscenes. This does a good job of breaking up the game’s in-game artstyle. That being said there is always the danger that a game that uses different art styles for its cutscenes and in-game play might lose its consistency of tone, and that is certainly the case here.

In addition to the well written cheesy dialogue between the three main characters, each level contains background story to adds to the world of Final Fantasy (sorry, Fearless Fantasy). For an RPG that is based as heavily in combat as Fearless Fantasy is, it does a fantastic job at holding a story, however ridiculous it is as a satire. The developers seem to understand this, and if a moment was interesting or darned funny enough to be worth watching again, levels are broken up into small enough sections that it’s easy to relive a favourite moment. Alternatively, if you’re replaying a level and the story for that section didn’t hold you, it’s easy enough to skip it. 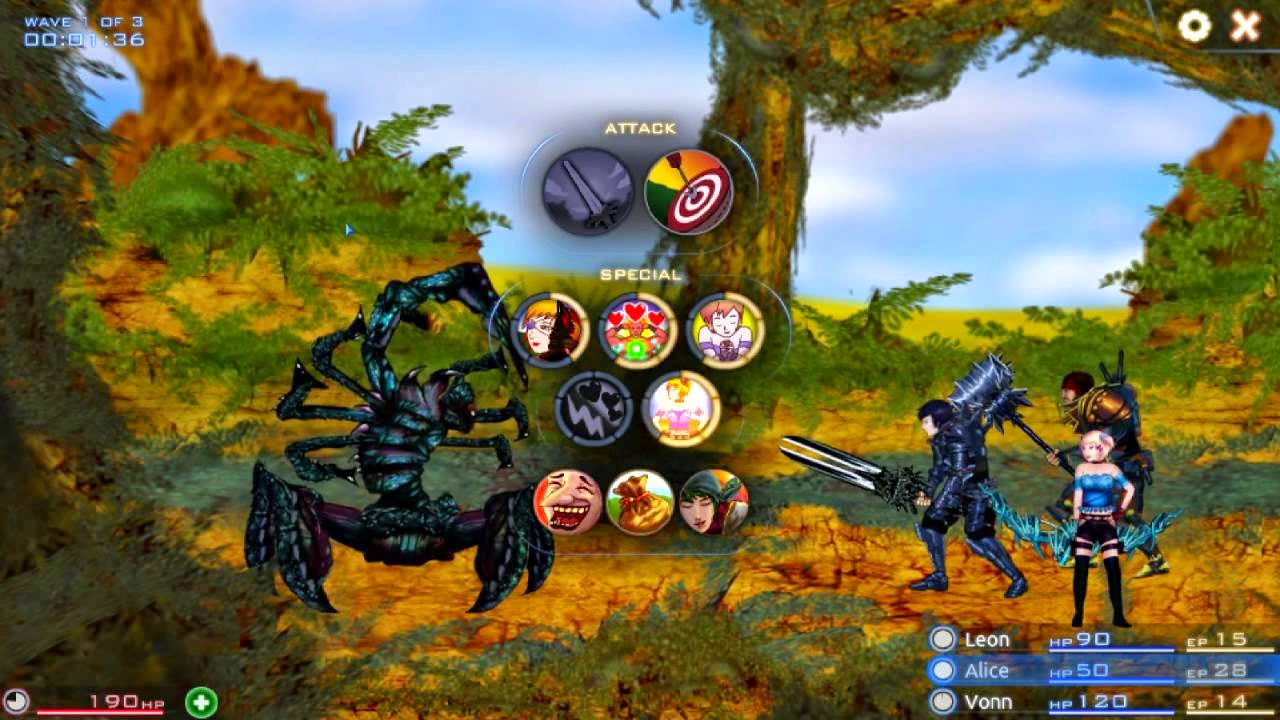 Combat carries on with the satire nicely. For a start, it’s possible to “troll,” not taunt, enemies to focus their attacks on a particular character. The mechanics themselves are different, to say the least. Arrows with directions appear on screen and players must run the mouse cursor through them in order to better perform the actions. This is where precision is really required as a good or perfect run through the arrow will allow characters to either give or receive more or less damage depending on the situation. Performing poorly or missing the arrows completely will result in the opposite. Fearless Fantasy requires players to pay attention as party members and enemies all have a clock-like Active Time Battle (ATB) meter beside their hit points and energy bars which determines their turns. In other words it works a bit like classic Final Fantasy – it’s turn based, but enemies don’t give you all day to think about what you want to do.

Of course, things get more complex than that. As you play along skills start turning straight arrows into zigzags and arcs as well as a rotating circle with several arrows all facing in the same direction requiring quick and precise movements. Players not only have to learn the movements of each character, but also continue learning as new moves and combinations are added, which does keep Fearless Fantasy’s combat fresh and interesting right through to the end. 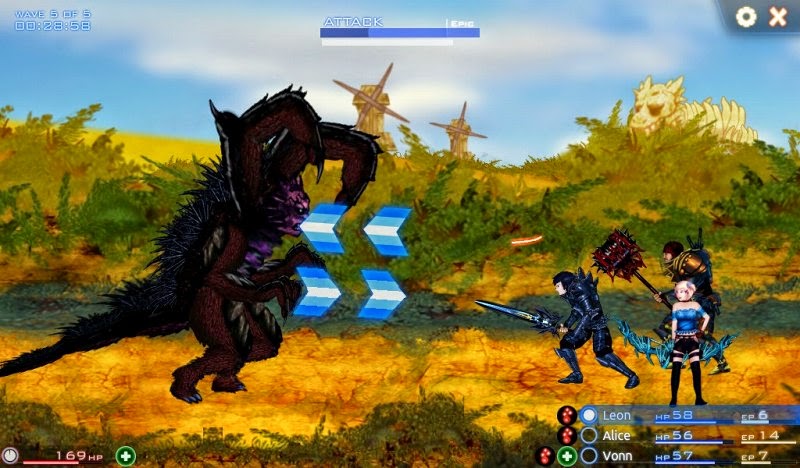 A world map acts as the level selector for the journey which also allows players to set the level of difficulty that the party will face from one to three stars. Levels are divided up into waves, not unlike a tower defence game, and require at least one member to be standing at the end is victory is to be had. Should the party be annihilated, the player is returned to the world map. Not to worry though! Party members, even if defeated, still gain experience and gold for all the enemies defeated in the level, making it a worthwhile effort regardless of the outcome. In other words there’s nothing that can’t be defeated in this game without a bit of persistence and patience.

While Fearless Fantasy is great in regard to its well told yet silly story and amazing combat system, it falls down thanks to its short length and occasional difficulty spikes. While being defeated repeatedly can be fixed with grinding for experience by replaying levels on the various difficulties, Fearless Fantasy does not take more than a couple of hours to play through. While that could be considered a good thing as no one wants to play a grind-heavy game that is long for the sake of being long, being a little longer might have helped make the overall experience feel like it was worth the monetary investment.

Fearless Fantasy tried something different and it more than worked well. It’s a great satire of the whole JRPG genre, while also managing to be a big creative and throw some of its own ideas into the ring.

Hands on with FIFA 15