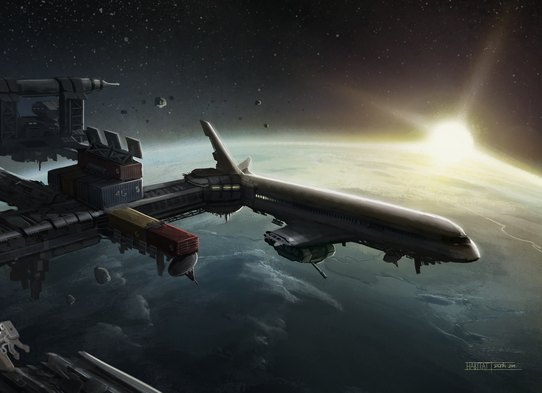 If Habitat had an opening sequence implemented at this stage, I imagine it would go along the lines of the following: There’s a collision above Earth with a conspiracy theorist’s wet dream, the Black Knight Satellite, and like hitting a piñata, objects lost in time clutter the sky.

From militarised T-Rex heads to Army Tanks, they’re all up there just floating in the sky along with other space junk. It takes a brave hero to step up and reunite the crew to build a spaceship to protect his land from invaders. The crew leader is carefully planning ahead, attaching what he needs together to try and survive in space.

I have to say right out of the bat this game is crazy random; just looking over the map for example I found a Ferris Wheel. Seriously, how does a Ferris Wheel find itself in space? Then of course there are the Army Tanks and the Dino heads I’ve already mentioned. My favourite is The Eiffel Tower; I’m seriously looking forward to seeing if the narrative tries to explain that one. The preview doesn’t have a proper intro sequence, as I said, and while I made an interesting opening sequence in my head, it makes me wonder if the developers have something equally as crazy up their sleeves. If you get to close to Earth you see it is blocked by a shield and that there are creepy towers around the entire plane. So there’s the right foundations there for an intriguing game. 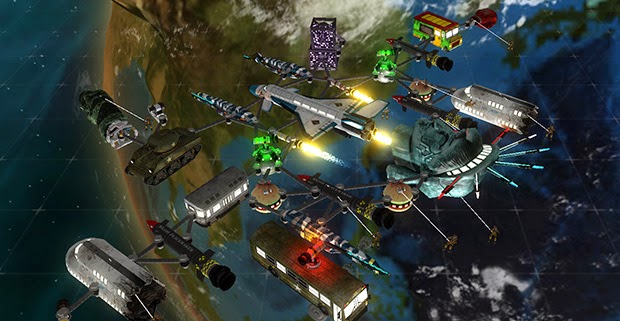 The game at this stage has some objectives for the player to use as a guide to progress. The basic goal is to set up a colony in space, using the various bits of junk that are floating about to convert into various living and support structures for the colony. You will be tasked with generating resources, building up a crew as well as habitats for people to live in, and of course eliminating predators. There are two on-screen buttons; Build Connector and Destroy Connector. Clicking on either of these will allow you to build up your habitat in space. It’s also possible to build multiple habitats in space; some you’ll use as residential environments, and then others will be used for defending the colony.

The resources you collect go towards adding more crew members and attacking as well as flying in space. I was unable to find anything all that compelling to use the resources my habitats generate in this early stage of development, but I assume that these will be added in in later builds of the game. 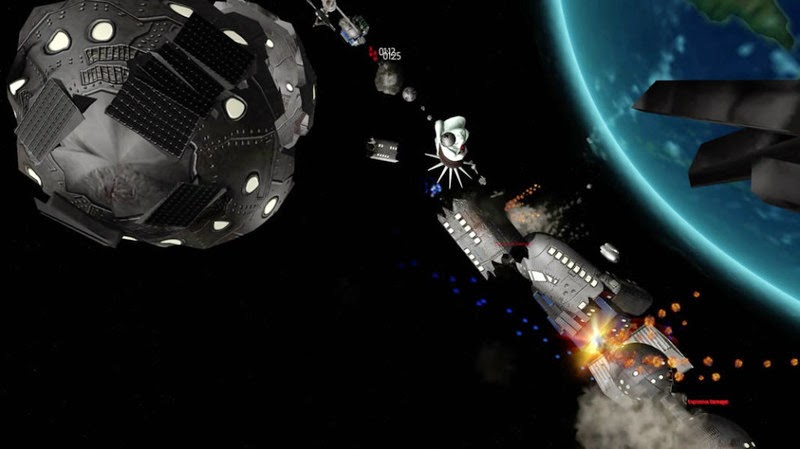 There were some visual issues in looking at the game on my Surface tablet. That said, it is still early days in the game’s development cycle, so I am not too concerned with either display problems and the basic nature of the gameplay as it stands at the moment. I am, however, very excited in seeing how this little space-age sim game develops.