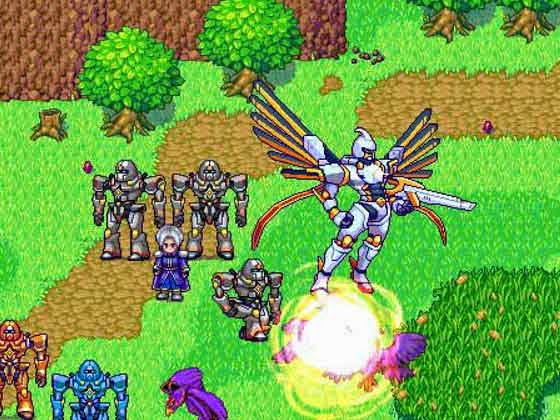 Getting right into it, the first episode of Alpha Kimori, Great Doubt, is a perfect example of an excellently crafted indie JRPG. While having been built while using RPG Maker, just about every element has been created from scratch which generally would be impressive alone, however adding that to the an excellently written story and character dialogue is something that we all need more of.

Alpha Kimori’s theme denotes how humans are, in general. Running through themes such as religion, politics, and being trapped together inside what in galactic terms could be considered a snow globe, the story showcases the best and the worst of us. Fifty years ago, an alien race attacked the Earth and when things were at their most desperate God appeared in the form of a spaceship named Alpha and rescued enough players with the aid of seven angels. This ship brought them to a world that would be known as Kimori. Instead of banding together in an attempt to reclaim the Earth the survivors split into two groups who are the midst of war with one another. The sides are the Jinrians who would be more than content to stay and live in peace in this newly discovered land and the Bidarians that would strip it clear of its resources in order to retake Earth. 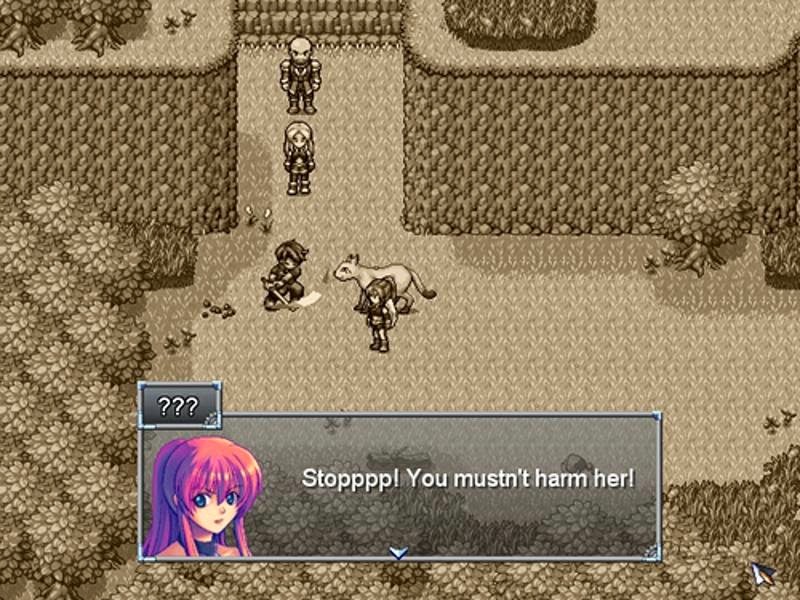 Our story starts off with Rick, who on the eve of graduation from the Bidarian military academy has doubts as to whether what they are doing is the right thing. Bidarians, in regards to human life, have taken it upon themselves that all newly born are attached with a Ki crystal which contains the energy harvested from the local species allowing for various physical enhancements essentially making them super humans. Not having a choice in the matter, each newly born is now called a Kimorian. The only actual humans that are left at this point are known as the Elders who in a way rule above the rest of the population. Kimorians are bred for battle and for the eventual retaking of Earth from the aliens that have conquered it half a century prior.

While the story does follow the actions and the subsequent consequences of Rick’s decisions, Alpha Kimori never forces the ideas of what is occurring onto the players. Players are able to see events from multiple different viewpoints throughout the various cutscenes and above all else one thing is clear, nothing is black and white.  While the Jinrians may seem like the innocents in this conflict as the Bidarians are harvesting the spirits of the native creatures and perhaps their people, they are not as innocent as they seem. They pull of raids and attacks against their foes just as their foes do upon them. Match the political turmoil of the Jinrians against the more religious side of the Bidarians who follow the book of God, and there is no hope between these two for a peaceful resolution.

One of the crowning highlights of Alpha Kimori is a flashback to a time gone by which is shown over and over, yet is never quite the same “scene”. This event involves Rick defending Vanessa from a Ki creature and facing off against Yuki whose words will wake Rick from the would be elite soldier of the Kimorians to a man unable to find an answer to what is truly right and worth fighting for. This flashback can be longer or shorter depending upon the character reliving the event and carries different emotions that portray how events have gotten to the point where we start off the adventure. To help differentiate this event from the rest of the game, it is shown off in sepia letting the players know that this event is separate from the in-game time but in no way is less important. 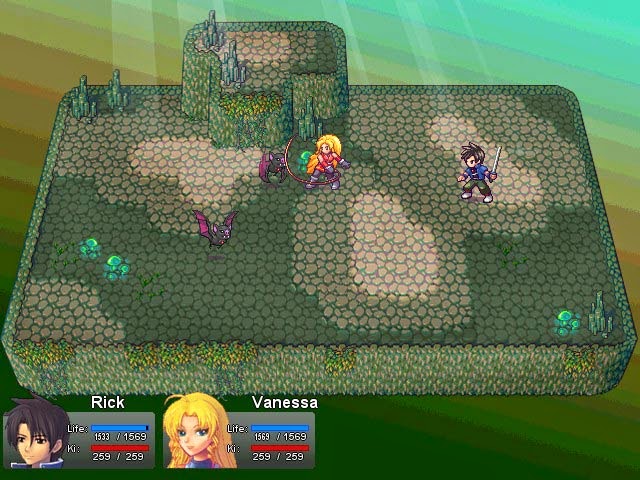 A nice touch is that while there are a lot of story segments being presented, it never comes at the expense of the gameplay. Unlike some other games that reuse the same environments repeatedly as a way to cut down on development time, the exploration of Kimori helps to remind the player that this is not a very large planet. This helps to remind that these two factions are sharing a small space as one is never very far from the other. Some areas may be seen multiple times as the game progresses but there is always another purpose when travelling these areas once again and it never really invokes that “do I have to do this again” feeling.

Graphically Alpha Kimori has been built from the ground up which helps showcase the world of Kimori with the various original sprites from the main and secondary characters to the various native species and townsfolk. Main characters such as Rick and Vanessa not only stand out compared to the other sprites, but like many of the others that appear in combat within or against your party, have their own combat stances and animations with their weapons of choice. The level of care that was taken to create all of these only helps the experience as each was designed for a specific role and their appearances and portraits help convey the emotions that they were meant to evoke. Along side the standard option to attack are the various skills that characters obtain as they level up. Each one of these skills is named in a fashion that can seem bizarre when starting off the game but like many of the other elements presented, makes more and more sense as the game progresses.

Alpha Kimori doesn’t suffers from much but at times it would have been nice to use a run function to get from one side of a map to the other. Having to walk at the standard pace can at some times become rather tedious. Others will also point to the game’s relative brevity as a concern, but it does what it sets out to do and it does it very well making it more enjoyable as it cuts out a lot empty padding.

Having played some incredible indie JRPGs already this year, Alpha Kimori takes the lead by perhaps being my number one. While part 1 may be a bit short, it more than makes up for it with its well written story and believable characters.