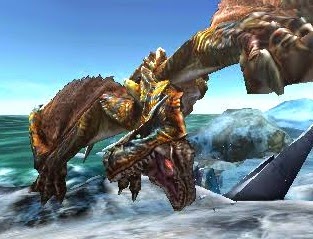 Monster Hunter is a pretty big deal. We all know this by now, but it has been a while since we’ve had a genuinely new Monster Hunter game released in the west.

The good news is that Nintendo has confirmed that Monster Hunter 4 is going to have an Australian release in early 2015, with Nintendo itself distributing it and handling the PR for it.

The game will be playable on both the 3DS and 2DS, and will feature both local multiplayer and online multiplayer for up to four people. Everyone knows that the best way to go about slaying beasties is with friends online.

Other new enhancements that should get existing Monster Hunter fans excited include two new weapon classes, and the ability to jump onto a monster’s back and attack it while hanging on for dear life. Sounds very cinematic, doesn’t it?