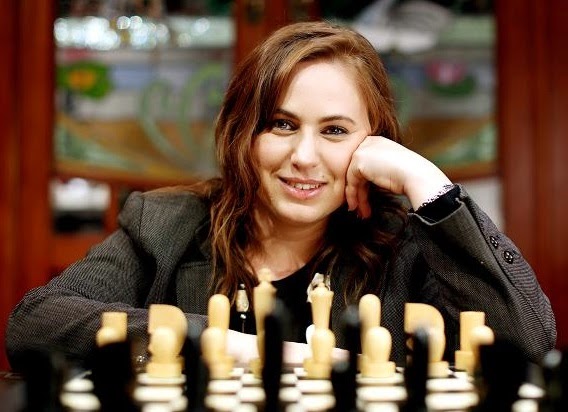 UPDATE: It looks like the outcry has succeeded in getting the IeSF to completely reverse its decision. Good on the organisation for realising that it screwed up, we say.

E-Sports is a new concept. Thanks to the success of games like Starcraft, League of Legends, Street Fighter and Call of Duty at a professional level there are now sponsorships, and organised bodies to promote gaming as a sport. Just like chess and poker, video games seem destined to break beyond the walls of being a “mere hobby” and become a legitimised arena of sporting combat.

That is, of course, assuming the International e-Sports Federation grows the hell up. See, the IeSF is segregating men and women for its events.  The world championship lets men play Dota 2, StarCraft 2, Hearthstone, and Ultra Street Fighter IV, while women get to play StarCraft 2 and Tekken Tag Tournament.

The reason? Because other sports segregate gender. I’m not making this up. On the IeSF’s Facebook page: “The decision to divide male and female competitions was made in accordance with international sports authorities, as part of our effort to promote e-Sports as a legitimate sports.”

Seriously, what the hell kind of childish thinking is this? I have a 10 year old cousin who has a brain that is more capable of processing context than, apparently, the entire IeSF. It offends me that I even need to explain this, but here’s why men and women are segregated in some (but not all) sporting events;

Men and women are, in terms of biological construction, physically different. Men are indeed designed for power, while women are more naturally inclined towards grace and agility. In physical sports this does, in fact, translate into men being able to overpower women, and in those sports it then makes sense to segregate men and women, so that the women have the capacity to become world champions, win gold medals, and so on and so forth.

For games of skill, however, there is not a shred of evidence that men perform better than women.  There are many female chess grandmasters, and Judit Polgár has beaten just about every one of her male competitors through her career. Head along to a poker tournament and you’ll find plenty of women competing every bit as ably as men. These are games of the mind, and it is beyond insulting to pretend that a women’s mind is so inferior to a man’s that she needs to put in an entirely different competition with other women so that she has a chance to compete.

It’s too easy to put IeSF’s belligerence as something relatively inoffensive; they wanted their sport to be recognised around the world, so they’re slavishly adhering to the way other professional sports are organised, even if they don’t understand (or care) why those sports are organised that way. But I’m not letting them off the hook for that; the segregation of men and women at e-Sports level is nothing more than a continuation of the discrimination that the women face and the same dudebro culture in gaming that has every comment thread of a story that features a woman filled with morons making “get me a sammich” jokes. You morons at the IeSF want to legitimise e-Sports? Start by attacking the most embarrassing shame of our hobby and industry; the idea that women aren’t really welcome in it.

Monster Hunter 4 confirmed for an Aussie release; to be distributed by Nintendo