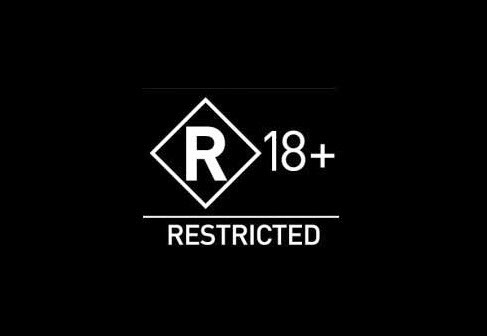 Today I was shopping at my local EB Games store, and the customer in front of me was a grandfather, who was obviously buying a game for his grandson, who was standing with him at the counter, and was at most 14 years old.

The game they bought was Payday 2. Which is rated R18+.

Now I don’t know it it’s actually legal to sell minors R18+ games, whether supervised or not. I assume it is, because I can’t imagine an EB Games store actually breaking the law, but there wasn’t a single attempt by the shop assistant to dissuade this consumer from buying a game for a child that a child should not be playing.

I get that retail in Australia is struggling and every sale counts, but R18+ means ADULTS ONLY. I get that  no one can ultimately stop an adult from doing something stupid and buying an R18+ game for a child, but there should be, at the least, explicit and clear warnings from the salesperson in a genuine attempt to dissuade the consumer from doing such. How hard is it to say “I can’t recommend that game for your child, thanks to the explicit violent content. But how about this game, which is also really great, but far more appropriate for your grandson?”

The reason that it took so long to get the R18+ rating in Australia, and the reason that its existence continues to concern people in the community, is because no one seems to take it seriously. Ignorance on the part of the parents and grandparents, who still believe that games can’t possibly have high impact violence (after all, you’re just jumping on the heads of mushrooms, right?) coupled with a retail and regulatory environment that has no desire to enforce the classifications whatsoever, has led to an industry that may as well not bother classifying games at all. Where an R18+ rating stands as a clear warning at cinemas and cinemas are actually obliged to discourage children from watching R18+ films (yes, I know every child sneaks into at least one of them), there seems to be absolutely no one that is even remotely interested in paying attention to the rating when it comes to games.

So long as everyone pays lip service to the R18+ rating, there is no hope that the R18+ rating will be treated for what it’s meant to be. It’ll be a punishment for a game when the publisher doesn’t pay the Classifications Board enough to bump it down to an MA15+ rating, or it’ll be an excuse for interest groups to wail “won’t someone think of the children?” But it will never serve its purpose of keeping adult games in adult hands, and it will never act as the information resource to the more ignorant shoppers out looking for a gift for little Johnny.

Shape up, EB Games. Or, Australian law makers, do something smart for a change and make the sale of R18+ material to minors as illegal as selling them alcohol or cigarettes. It’s not like I can wander into a liquor shop with a 14 year-old and buy them a bottle of rum, so it is only logical that I can’t do the same thing with Payday 2.