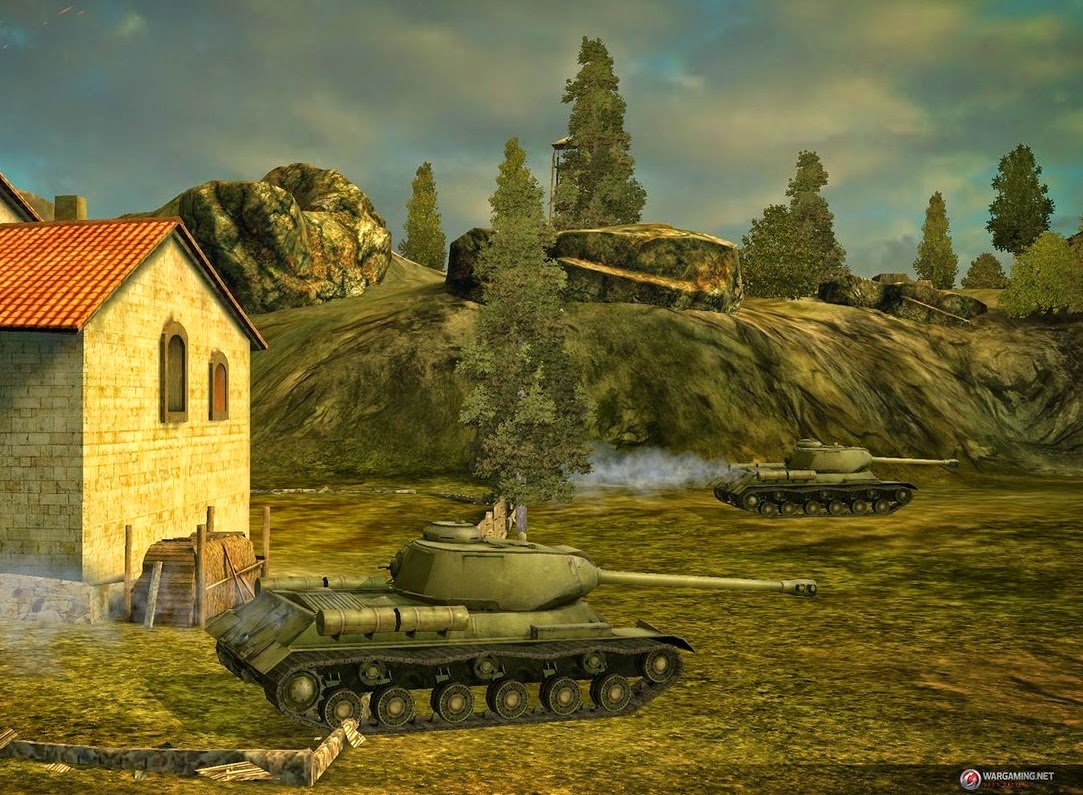 I guess it was inevitable that the shining light of quality free-to-play military action would eventually make its way to the platform where $0.99 upfront can be seen as expensive but then people are willing to spend $100 in virtual coins to buy slightly prettier houses for Farmville clones.

World of Tanks Blitz is that game, and I can just see the likes of EA shaking in its boots at such a relief. After playing this game I suspect the more serious gamers with iDevices will be even less interested in buying into the exploitative nature of most free-to-play games that we’re increasingly having to settle for on our mobile platforms.

See, the secret of World of Tanks’ success is that it doesn’t look to exploit the players. It makes it easy to spend real money, certainly, but for people who aren’t committed addicts to the game (and, frankly, those people should be spending money on the game they’re using for dozens of hours ever week), there’s no real sense of pressure that we are missing out if we don’t cough up cash. As a casual player I’m happy to accept that I’ll never have access to everything and some of the other folks in the game will have cooler stuff than me, but I’ll be able to play – and feel like I can contribute meaningfully to the game – even if I only play a few games a week. 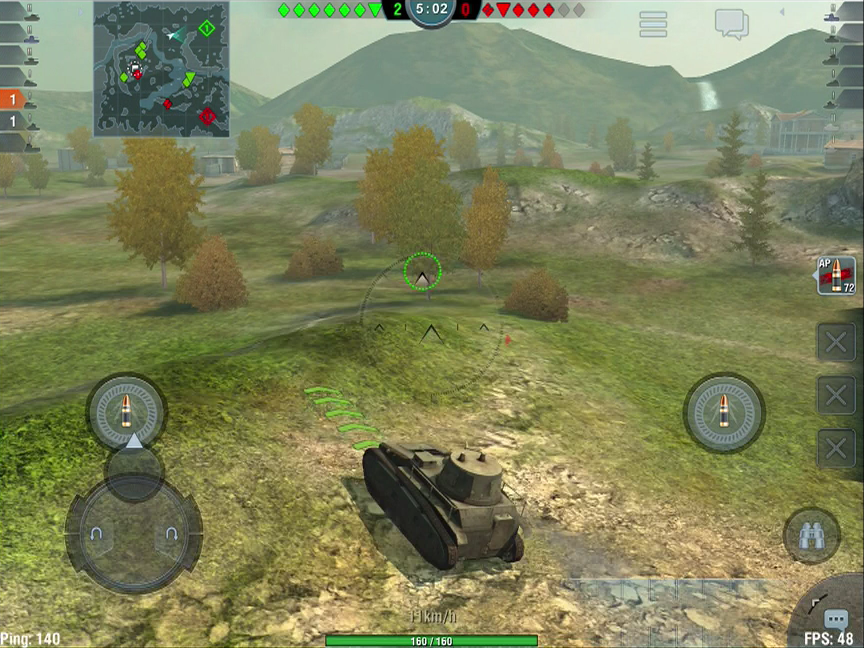 Blitz is a smaller scale version of the “real” World of Tanks. It caps the action out at seven a side, and this also means certain concessions with regards to the size of the maps. But in terms of actual gameplay, it’s impressive to see just how true this mobile game remains to the PC or Xbox 360 experience. There are dozens of tanks to control, and each of those tanks has an extensive upgrade structure to work though. In terms of raw content there are hundreds of hours worth of game in here, as befits the developer, Wargaming.com’s insistence that this game is an “MMO.”

The lack of narrative and player-to-player communication would argue that it’s not, in fact, an MMO, but if you were to take an MMO’s PVP mode in isolation, the comparison is more fair. Blitz, like its big brothers, does have a remarkable capacity to give players a sense of temporary teamwork, as they see their six allies lining up in the base at the start of a match, and subsequently watch their arrows moving around the minimap on the screen. It is only a temporary alliance – I can’t remember the handle name of a single person I have ever played with in World of Tanks, but it’s enough to feel like you’re not alone on the battlefield, and simple communication in-battle (attack this person, help and so on) is enough to figure out some basic strategies on the fly. 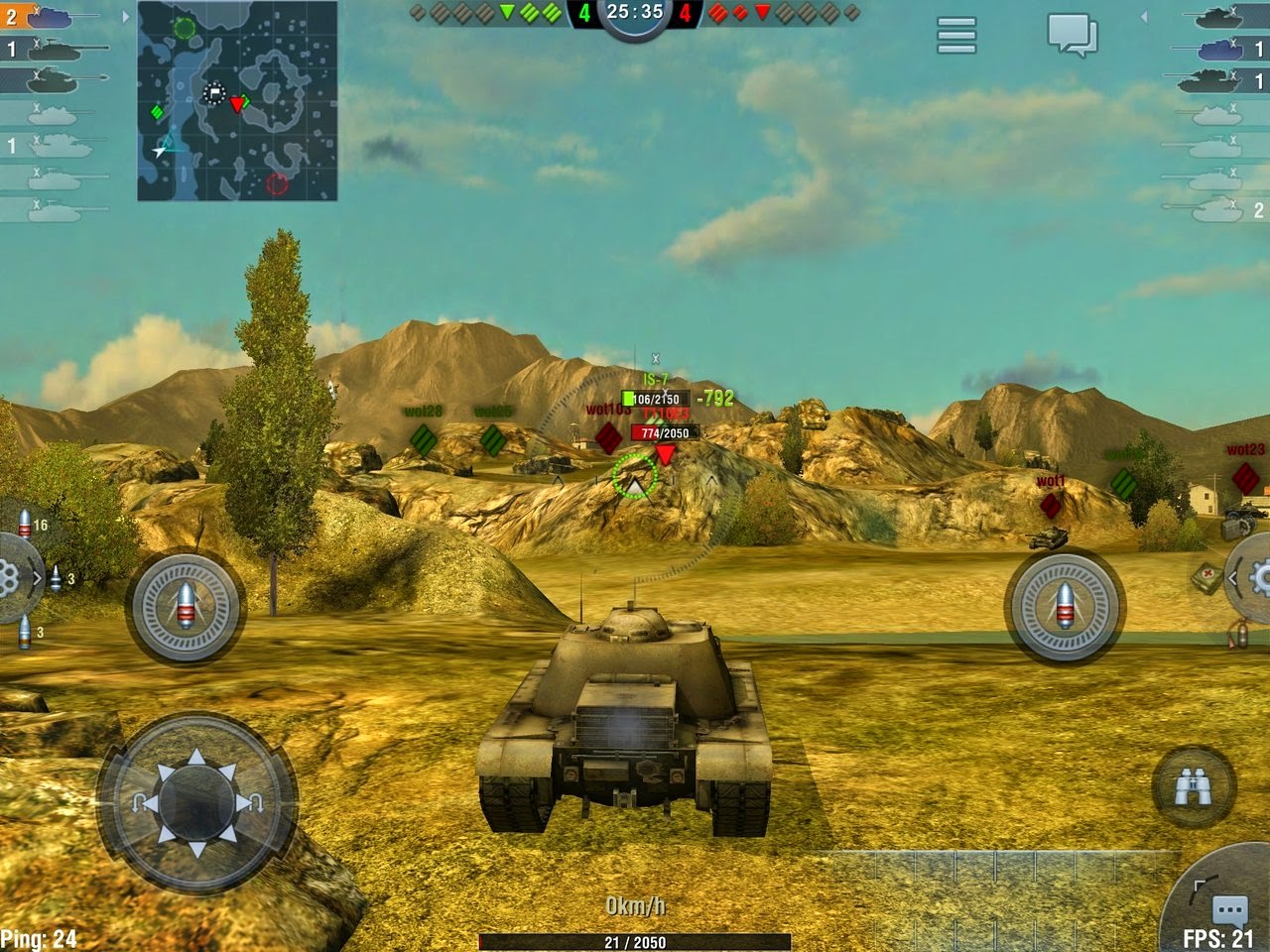 The game’s interface on the iPad is really quite good, and for something that is ostensibly an action game, World of Tanks plays beautifully with touch commands. The trick here is that players are commanding tanks – sluggish objects where twitch skill is less important than clever strategising, and so the inability for touch commands to enable twitch controls is not an issue. It also helps that aside from movement, communication, fire buttons and a sniper “zoom” mode, there’s not much else to World of Tanks’ mechanics. It really is a beautifully simple game in action, enabling players to instead focus on the action.

Obviously compared to the PC game, World of Tanks on the iPad is not as beautiful, but it holds up well, and on my third generation device I got a lovely sense of fighting over classic military settings. With a good pair of headphones, the game sounds authentic too.

It is unlikely that I will ever spend money on any version of World of Tanks. With that being said, for a guy who isn’t big on military games (at least, those that aren’t directly critical of war), the fact that I have been a regular player of World of Tanks should speak volumes on the quality of this title. The fact it puts most of the other iOS free-to-play games to shame with its monetisation model should also help improve the standards and expectations of freemium games released on iOS into the future. I hope.