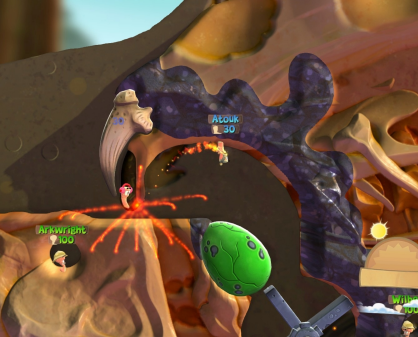 It is hard to believe that the Worms series is closing in on two decades now, dating all of the way back to 1995, but here it is finding a comfortable home on the latest generation of game consoles. The good news is, fans of the Worms series will find a lot to like here as Worms Battlegrounds feels very much like its brethren, though anyone hoping that the series has taken some dramatic new leap in some fashion might be disappointed to know that Battlegrounds feels more akin to carefully planed baby steps.

Worms is one of those titles that has roots going back a long ways. I most readily associate its genesis with the classic and largely forgotten Scorched Earth, which I used to play in high school many moons ago. The basics were the same, with various weapons that players can upgrade, and then try to fire along different trajectories and try to hit opponents… or perhaps the terrain in front of or beneath them. We have taken a look at Worms games before, and generally enjoyed them. Examples include Worms Revolution and Worms Revolution Extreme. Thankfully the things that made Worms so enjoyable over the years still pay off nicely today.

Many of the features found in prior Worms games show up again here, and they are all welcome. Perhaps the biggest difference I noticed was the story mode made up of twenty five levels, which makes if a fairly substantial experience that will last a good dozen hours. The storyline is ridiculous as you’d expect from Worms, but cute enough to be enjoyable. Frequent checkpoints while navigating the levels give your worm an opportunity to experiment without fear of losing lots of hours of gameplay because of one or two mistakes. 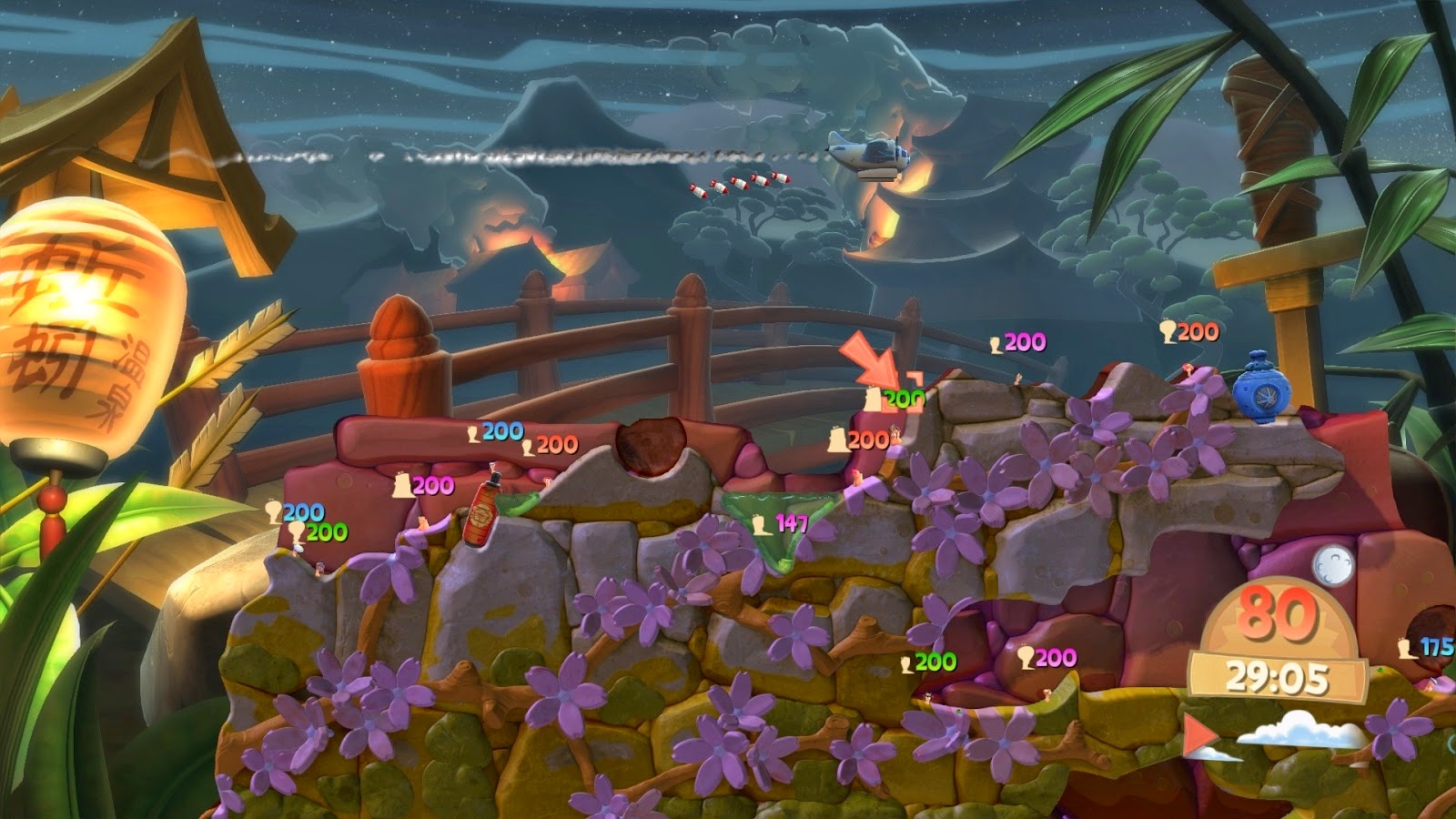 Still, when it is all said and done, the Worms series has always been about the multiplayer hijinks and that is just as true in Battlegrounds as it has been in previous iterations. That is not to say the AI does not provide a challenge. In truth the computer opponents feel more like actual players than ever before. They are at times incredibly, uncannily accurate – but at other times they blow themselves or their comrades up in ways I have never noticed before.

Really, those are the best moments to be had in multiplayer too. While the single player story is all about navigating the level and using the tools at your disposal along the way to do so, the multiplayer simply drops you and your opponents into an arena of destructible death. Customising your worm and his weapons is still a blast, as is doing your best to take out some friends (or better yet, laughing resoundingly when said opponent accidentally destroys themselves). 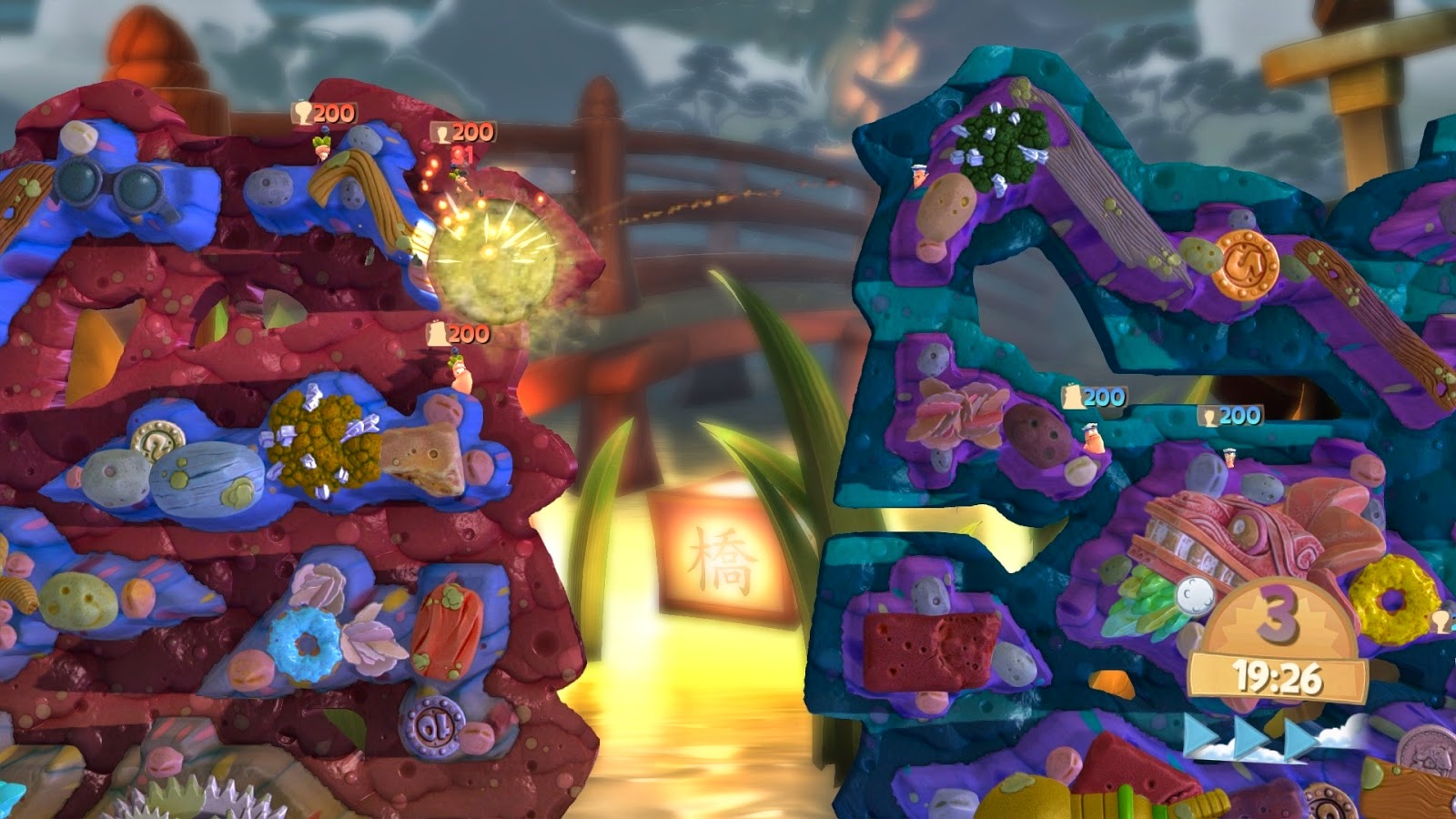 Perhaps the biggest disappointment is the lack of online modes. There are basically two to choose from, one of which is deathmatch and the other one a sort of deathmatch-by-environment. Both are perfectly serviceable, but neither really holds up to local match play. Thankfully there is a level editor mode, which for the creative sorts can provide hours upon hours of mayhem to dream up for your friends later.

All in all, Worms Battlegrounds is a solid if unspectacular addition to the series that knows its strengths and generally plays to them effectively. There is an occasional awkwardness to movement that can make the single player story a bit of chore at times, but it does a nice job teaching the basics and serving as an almost extended tutorial for the good stuff – multiplayer mayhem. Mileage may vary since having friends to play with locally is where one gets the most out of the Worms Battlegrounds experience.